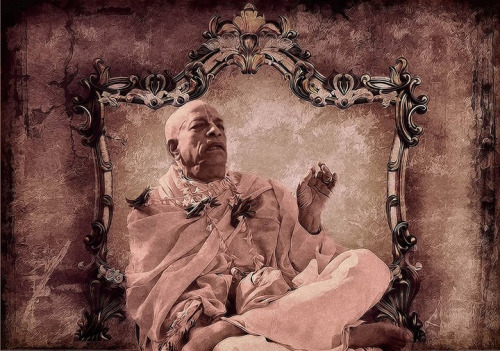 March 18. ISKCON 50 – S.Prabhupada Daily Meditations.
Satsvarupa dasa Goswami: Preaching Like a Lion.
Back to Godhead magazine. I like to scan the titles of Srila Prabhupada’s Back to Godhead essays written during the War: “Mr. Bernard Shaw’s Wishful Desire” (referring to Shaw’s desire that Gandhi’s 76th birthday could actually be his 35th birthday). Srila Prabhupada wrote, “We heartily join with Mr. Shaw in his attempt to subtract forty-one years from the present age of Mahatma Gandhi. But death does not respect our wishful desire.” He called another essay, “Churchill’s Humane World.” (Churchill wanted to get rid of the “National Frenzy of Hate.” Srila Prabhupada writes, “The frenzy of hatred is another side of the frenzy of love … This position of equilibrium free from love and hatred is attained only when men are sufficiently educated.”
He called other articles, “No Time, a Chronic Disease of the Common Man,” “A Scholar’s Deluded,” and so on. The Srila Prabhupada-lilamrta describes them: “His articles were shorter, this time displaying the flair of a news columnist as with philosophical criticism, verve and a touch of ironic humor. He commented on world leaders and crises.” (Vol. 1, page 116)
To read the entire article click here: http://www.dandavats.com/?p=20490&page=6

Festivities in the highest capital City on this planet: La Paz…