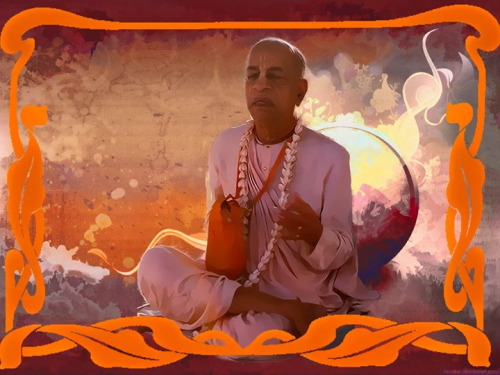 March 22. ISKCON 50 – S.Prabhupada Daily Meditations.
Satsvarupa dasa Goswami: Singhania Not Interested.
Prabhupada’s series of correspondence with Mr. Singhania, which began hopefully, ended negatively. Mr. Singhania did not reply personally to Prabhupada’s last letter. He had his secretary, Mr. Iyer, write to Prabhupada, thoroughly discouraging his last hopes for purchasing a building in New York.
I regret to write that Sir Padampatji is not interested in the scheme of building a Radha-Krishna temple in New York at present. In regard to the inquiry in the last paragraph of your last letter, Sri Padampatji duly received your books of Srimad-Bhagwatam from your Delhi office. Yours faithfully.
Seeing him from a distance – a tiny figure walking Manhattan streets and avenues among many other tiny figures, a foreigner whose visa had almost run out – we come upon only the external appearance of Srila Prabhupada. These days of struggle were real enough, and very difficult, but his transcendental consciousness was always predominant. He was not living in Manhattan consciousness, but was absorbed in dependence upon Krishna; just as while on the Jaladuta he had suffered his heart attacks, his reading of Caitanya-caritamrta had supplied him “the nectarine of life.”
To read the entire article click here: http://www.dandavats.com/?p=20490&page=6

Guru Das and the Hells Angels… “Swamiji called out…

The WORLD PREMIERE of Hare Krishna!​ at the Illuminate Film…