Parasurama and the Virgin Mary 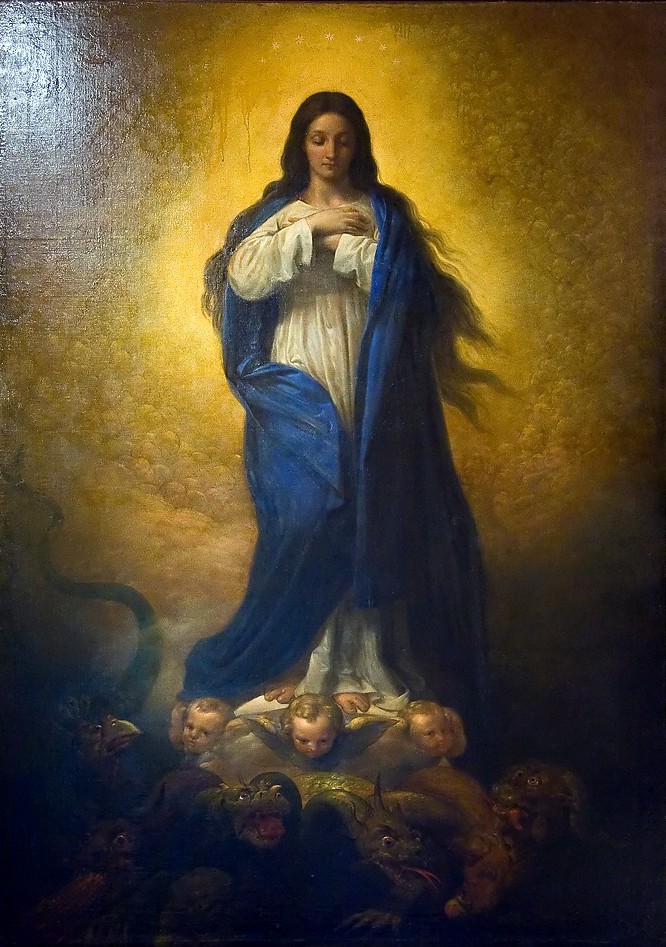 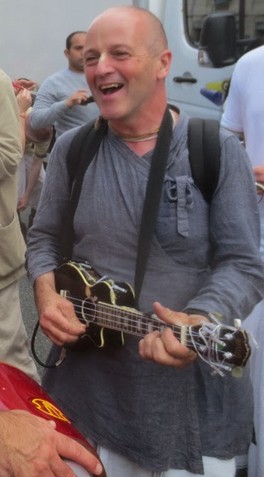 Parasurama Prabhu, who runs the Food For All centre in London, grew up in Ireland at a time when it was considered very strange to be anything other than a Catholic. In fact, he never met anyone from a different religion until he was eighteen, when he met a protestant.

The story of how he joined the Hare Krishnas is interesting. In 1983, when he was eighteen, he seriously prayed to the Virgin Mary to reveal to him the absolute truth. Being a lay missionary for many years, he repeated a verse from the Bible:

“Wretched and miserable man that I am! Who will [rescue me and] set me free from this body of death [this corrupt, mortal existence]? ” Romans 7:24

While praying this way, something extraordinary happened; the statue of the Virgin Mary lit up the room with her effulgence. Parasurama felt both shock and hope at that moment.

The next day while walking down Grafton Street in Dublin, he received a copy of Chant and be Happy from a devotee. He knew there was a connection, it was the answer to his prayer.

Parasurama: “One funny thing happened at the time. I was looking for the absolute truth but when it came I felt like it was too difficult to join the Hare Krishnas. It was on the same level as joining the SAS (Special Air Service), a very extreme lifestyle. So after a few days in the Dublin temple I returned to my home town, Newbridge. Everything was pale and pointless. I knew I had to do it, but I said to myself out loud, “Why do I have to do it, why can’t this idiot do it!”, and pointed to a random guy on the street. I then moved to a farm community and low and behold that same guy I had pointed to entered the temple with a shaved head, and said Haribol to me!”

Two years later Parasurama’s sister, Mahamantra dasi, joined the Hare Krishnas aswell. As they came from a family of pious Catholics there was resistance from relatives, and so it was a difficult time for their mother. One of her relatives told her that her children were going to hell and that she was going to hell too for not guiding her children properly. She prayed to the Virgin Mary for a sign to assure her that Parasurama and Mahamantra were doing the right thing.

Shortly thereafter, a stranger came up to Parasurama’s mother in the street and started talking to her. She explained that while she had been praying she had received a message from the Virgin Mary. The message was for Parasurama’s mother. It was, “Don’t worry, I am looking after your son and daughter.”

So that is the story of how the Virgin Mary arranged for Parasurama to become devotee.

“Regarding the Christian’s Trinity, I believe it is called God, the Holy Ghost, and the son. Person in Krishna Consciousness accepts this by the name Visnu, Paramatma, and Jiva. God is a Person, the holy spirit or the supersoul is a person, and the living entity is also a person. Also, Mary is the representation of the energy of God. Either as internal energy Radharani or as external energy Durga, the energy of Godhead can be considered the mother of the living entities. ” (Prabhupada letter to Sivananda, 19th April, 1968)