“Scientists and learned men cannot even estimate the atomic constitution of a single planet. Even if they could count the molecules of snow in the sky or the number of stars in space, they cannot estimate how it is You descend on this earth or in this universe with Your innumerable transcendental potencies, energies and qualities.” (SB 10.14.7) Lord Brahmā informed Nārada that none of the great sages, including himself, could estimate the potential strength and energy of the Supreme Lord. He admitted that even if Ananta with His thousands of tongues tried to estimate the Lord’s energies, He would fail. Therefore the Personified Vedas also prayed:

“My Lord, You are unlimited, and no one has estimated the extent of Your potencies. I think that even You do not know the range of Your potential energies. Unlimited planets float in the sky just like atoms, and great Vedāntists, who are engaged in research to find You, discover that everything is different from You. Thus they finally decide that You are everything.” (SB 10.87.41) 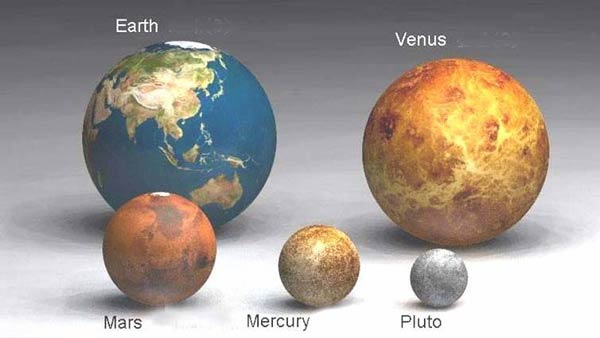 When Lord Kṛṣṇa was within this universe, Brahmā played a trick on Him in order to confirm that the cowherd boy in Vṛndāvana was actually Kṛṣṇa Himself. By his mystic power, Brahmā stole all the cows, calves and cowherd friends of Kṛṣṇa and hid them. However, when he returned to see what Kṛṣṇa was doing alone, he saw that Kṛṣṇa was still playing with the same cows, calves and cowherd boys. In other words, by His Vaikuṇṭha potency, Lord Kṛṣṇa had expanded all the stolen cows, calves and friends. Indeed, Brahmā saw millions and billions of them, and he also saw millions and billions of tons of sugarcane and fruit, lotus flowers and horns. The cowherd boys were decorated with various clothes and ornaments, and no one could count their vast numbers. Indeed, Brahmā saw that each of the cowherd boys had become a four-handed Nārāyaṇa like the predominating Deity of each brahmāṇḍa, and he also saw that innumerable Brahmās were engaged in offering obeisances to the Lord. He saw that all of them were emanating from the body of Kṛṣṇa and, after a second, also entering into His body. Lord Brahmā became struck with wonder and in his prayer admitted that although anyone and everyone could say that they knew about Kṛṣṇa, as far as he was concerned, he did not know anything about Him. “My dear Lord,” he said, “the potencies and opulences which You have exhibited just now are beyond the ability of my mind to understand.”
Lord Caitanya further explained that not only Kṛṣṇaloka but even Vṛndāvana, Lord Kṛṣṇa’s abode on this planet, cannot be estimated as far as potency is concerned. From one point of view, Vṛndāvana is estimated to be thirty-two square miles in area, yet in one part of this Vṛndāvana all the Vaikuṇṭhas exist. The area of the present Vṛndāvana miles in area, and Vṛndāvana City is estimated to be about sixteen krośas, or thirty-two miles. How it is all the Vaikuṇṭhas exist there is beyond material calculation. Thus Caitanya Mahāprabhu proclaimed the potencies and opulences of Kṛṣṇa to be unlimited. Whatever He told Sanātana Gosvāmī was only partial, but by such a partial presentation one can try to imagine the whole. 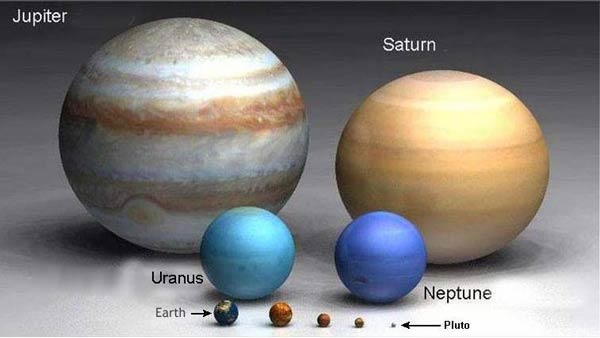 While Lord Caitanya was speaking to Sanātana Gosvāmī about the opulences of Kṛṣṇa, He was deep in ecstasy, and in that transcendental state He cited a verse from Śrīmad-Bhāgavatam (3.2.21) in which Uddhava, after the disappearance of Kṛṣṇa, told Vidura:

“Kṛṣṇa is the master of all demigods, including Lord Brahmā, Lord Śiva and the expansion of Viṣṇu within this universe. Therefore no one is equal to or greater than Him, and He is full in six opulences. All the demigods engaged in the administration of each universe [brahmāṇḍa] offer their respectful obeisances unto Him. Indeed, the helmets on their heads are beautiful because they are decorated with the imprints of the lotus feet of the Supreme Lord.” It is similarly stated in Brahma-saṁhitā (5.1) that Kṛṣṇa is the Supreme Personality of Godhead, and no one can be equal to or greater than Him. Although masters of each and every universe, Brahmā, Śiva and Viṣṇu are servants of the Supreme Lord Kṛṣṇa. That is the conclusion. As the cause of all causes, Lord Kṛṣṇa is the cause of the Mahā-Viṣṇu, the first incarnation and controller of this material creation. From the Mahā-Viṣṇu, the Garbhodakaśāyī Viṣṇu and Kṣīrodakaśāyī Viṣṇu come; thus Kṛṣṇa is master of the Garbhodakaśāyī Viṣṇu and Kṣīrodakaśāyī Viṣṇu, and He is also the Supersoul within every living entity in the universe. In Brahma-saṁhitā (5.48) it is stated that by the Mahā-Viṣṇu’s breathing, innumerable universes are produced, and in each universe there are innumerable Viṣṇu-tattvas, but it should be understood that Lord Kṛṣṇa is the master of them all, and they are but partial plenary expansions of Kṛṣṇa. 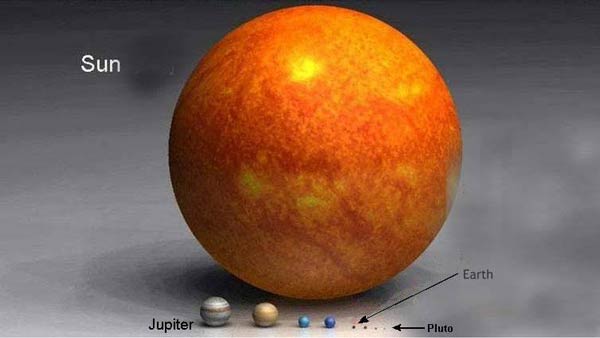 From revealed scriptures it is understood that Kṛṣṇa lives in three transcendental places. The most confidential residence of Kṛṣṇa is Goloka Vṛndāvana. It is there that He stays with His father, mother and friends, exhibits His transcendental relationships and bestows His mercy amongst His eternal entourage. There yogamāyā acts as His maidservant in the rāsa-līlā dance. The residents of Vrajabhūmi think, “The Lord is glorified by particles of His transcendental mercy and affection, and we, the residents of Vṛndāvana, have not the slightest anxiety due to His merciful existence.” As stated in Brahma-saṁhitā (5.43), all the Vaikuṇṭha planets in the spiritual sky (known as Viṣṇuloka) are situated in the planet known as Kṛṣṇaloka, Goloka Vṛndāvana. In that supreme planet the Lord enjoys His transcendental bliss in multiple forms, and all the opulences of the Vaikuṇṭhas are fully displayed in that one planet. The associates of Kṛṣṇa are also full with six opulences. In the Pādmottara-khaṇḍa (225.57) it is stated that the material energy and the spiritual energy are separated by water known as the Virajā River. That river flows from the perspiration of the first puruṣa incarnation. On one bank of the Virajā is the eternal nature, unlimited and all-blissful, called the spiritual sky, and this is the spiritual kingdom, or the kingdom of God. The spiritual planets are called Vaikuṇṭhas because there is no lamentation or fear there; everything is eternal. 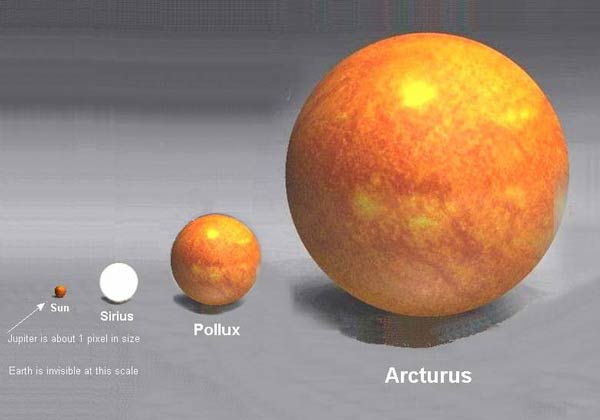 The spiritual world has been calculated to comprise three-fourths of the energies of the Supreme Lord, and the material world is said to comprise one-fourth of His energy, but no one can understand what this three-fourths is, since even this material universe, which comprises only one-fourth of His energy, cannot be described. Trying to convey to Sanātana Gosvāmī something of the extent of one-fourth of Kṛṣṇa’s energy, Caitanya Mahāprabhu cited an incident from Śrīmad-Bhāgavatam in which Brahmā, the lord of the universe, came to see Kṛṣṇa at Dvārakā. When Brahmā approached Kṛṣṇa, the doorman informed Kṛṣṇa that Brahmā had arrived to see Him. Upon hearing this, Kṛṣṇa inquired as to which Brahmā had come, and the doorman returned to Brahmā and asked,
“Which Brahmā are you? Kṛṣṇa has asked.”
Brahmā was struck with wonder. Why did Kṛṣṇa ask such a question? He informed the doorman, “Please tell Him that Brahmā, who is the father of the four Kumāras and who has four heads, has come to see Him.”
The doorman informed Kṛṣṇa and then asked Brahmā inside. Brahmā offered his obeisances unto the lotus feet of Kṛṣṇa, and after receiving him with all honor, Kṛṣṇa inquired about the purpose of his visit.
“I shall tell You of my purpose in coming here,” Lord Brahmā replied, “but first I have a doubt which I ask You to kindly remove. Your doorman told me that You asked which Brahmā has come to see You.
May I inquire if there are other Brahmās besides me?”
Upon hearing this, Kṛṣṇa smiled and at once called for many Brahmās from many universes. The four-headed Brahmā then saw many other Brahmās coming to see Kṛṣṇa and to offer their respects. Some of them had ten heads, some had twenty, some had a hundred and some even had a million heads. Indeed, the four-headed Brahmā could not even count the Brahmās who were coming to offer their obeisances to Kṛṣṇa. 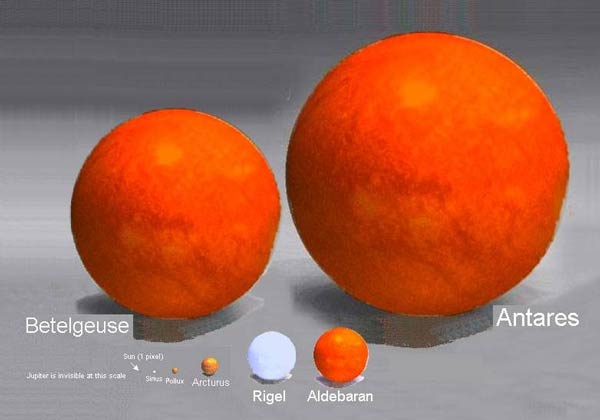 Kṛṣṇa then called many other demigods from various universes, and they all came to offer their respects to the Lord. Upon seeing this wonderful exhibition, the four-headed Brahmā became nervous and began to think of himself as no more than a mosquito in the midst of many elephants. Since so many demigods were offering obeisances unto the lotus feet of Kṛṣṇa, Brahmā concluded that the unlimited potency of Kṛṣṇa could not be estimated. All the helmets of the various demigods and Brahmās shone brightly in the great assembly, and the prayers of the demigods made a great sound.
“Dear Lord,” the demigods said, “it is Your great mercy that You have called us to see You.
Is there any particular order? If so, we will carry it out at once.”
“There is nothing especially required of you,” Lord Kṛṣṇa replied. “I only wanted to see you together at one time.
I offer My blessing to you. Don’t fear the demons.”
“By Your mercy, everything is all right,” they all replied. “There are no disturbances at present, for by
Your incarnation everything inauspicious is vanquished.”
As each of the Brahmās saw Kṛṣṇa, each thought that He was only within his universe. After this incident, Kṛṣṇa wished all the Brahmās farewell, and after offering respects to Him, they returned to their respective universes. Upon seeing this, the four-headed Brahmā at once fell down at the feet of Kṛṣṇa and said, “What I thought about You at first was all nonsensical. Everyone may say that they know You in perfection, but as far as I am concerned, I cannot begin to conceive how great You are. You are beyond my conception and understanding.”
“This particular universe is only four thousand million miles broad,” Kṛṣṇa then informed him, “but there are many millions and billions of universes which are far, far greater than this one. Some of these are many trillions of miles broad, and all these universes require strong Brahmās, not just four-headed.” Kṛṣṇa further informed Brahmā, “This material creation is only a quarter manifestation of My creative potency. Three quarters of My creative potency is in the spiritual kingdom.”
After offering obeisances, the four-headed Brahma parted from Kṛṣṇa, and he could understand the meaning of the Lord’s “three-quarters energy.”

Our Heart in Vrindavana...and our intelligence and hands and pocketbook, too!
Disappearance Day Offering to Srila Prabhupada

The Tulabharam Pastime of Rukmini devi