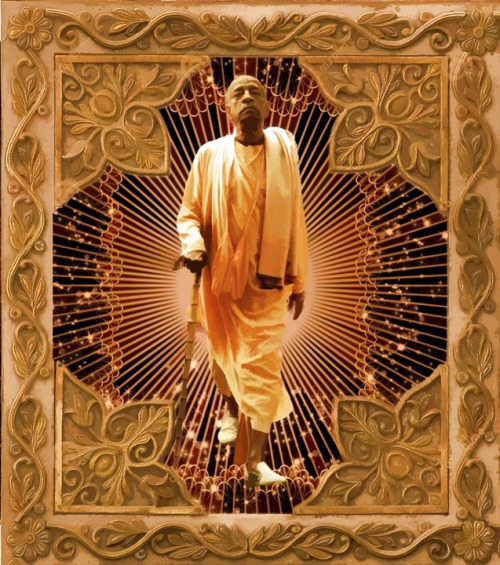 June 4. ISKCON 50 – S.Prabhupada Daily Meditations.
Satsvarupa dasa Goswami: Lunch at 26 Second Avenue.
It’s amazing to think how, in the beginning of ISKCON in America, Prabhupada used to eat lunch with the devotees. He used to serve them prasadam. That’s mentioned in the Prabhupada-lilamrta and some devotees’ memoirs. Prabhupada would walk between the devotees seated on the floor and he would dish out the prasadam, just as our brahmacari servers do now in the temples. The devotees would see Prabhupada’s bare feet, and he would ask them what kind of prasadam they wanted. It’s inconceivable to us now! After a few weeks, some of the devotees learned to cook, and they then began to serve Prabhupada. But still, he used to sit in the midst of all the devotees. He was like a father with his family. He sat in one corner. I’ve been to 26 Second Avenue and I saw the room in his apartment where it took place. Prabhupada used to sit in a corner near a table where he kept his worshipable pictures, including a picture of Panca-tattva. Prabhupada didn’t have a special mat, but he just sat there, and devotees came out of the kitchen with hot preparations to serve the Swami and the other devotees. Prabhupada would look at the other devotees and encourage them to “Eat more, eat more.”
To read the entire article click here: http://www.dandavats.com/?p=20490&page=9

ISKCON devotees all over the world!Iskcon Winneba Ghana

The first Rathayatra of 2020, Malaysia (Album of photos)