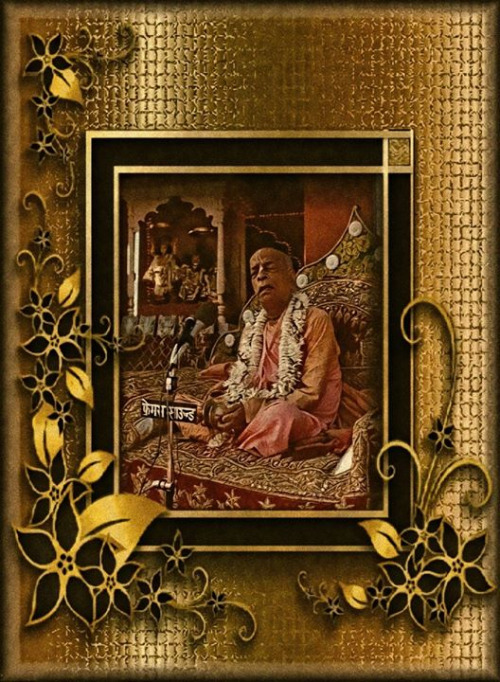 June 25. ISKCON 50 – S.Prabhupada Daily Meditations.
Satsvarupa dasa Goswami: Plans for Incorporation.
“We shall call our society ISKCON.” Prabhupada had laughed playfully when he first coined the acronym.
He had initiated the legal work of incorporation that spring, while still living on the Bowery. But even before its legal beginning, he had been talking about his “International Society for Krishna Consciousness,” and so it had appeared in letters to India and in The Village Voice. A friend had suggested a title that would sound more familiar to Westerners, “International Society for God Consciousness,” but Prabhupada had insisted: “Krishna Consciousness.” “God” was a vague term, whereas “Krishna” was exact and scientific; “God consciousness” was spiritually weaker, less personal. And if Westerners didn’t know that Krishna was God, then the International Society for Krishna Consciousness would tell them, by spreading His glories “in every town and village.”
“Krishna consciousness” was Prabhupada’s own rendering of a phrase from Srila Rupa Gosvami’s Padyavali, written in the sixteenth century. Krsna-bhakti-rasa-bhavita: “to be absorbed in the mellow taste of executing devotional service to Krishna.”
But to register ISKCON legally as a non-profit, tax-exempt religion required money and a lawyer. Carl Yeargens had already gained some experience in forming religious, political, and social welfare groups, and when he had met Prabhupada on the Bowery he had agreed to help. He had contacted his lawyer, Stephen Goldsmith.
Stephen Goldsmith, a young Jewish lawyer with a wife and two children and an office on Park Avenue, was interested in spiritual movements. When Carl told him about Prabhupada’s plans, he was immediately fascinated by the idea of setting up a religious corporation for an Indian swami. He visited Prabhupada at 26 Second Avenue, and they discussed incorporation, tax exemption, Prabhupada’s immigration status, and Krishna consciousness. Mr. Goldsmith visited Prabhupada several times. Once he brought his children, who liked the “soup” the Swami cooked. He began attending the evening lectures, where he was often the only nonhippie member of the congregation. One evening, having completed all the legal groundwork and being ready to complete the procedures for incorporation, Mr. Goldsmith came to Prabhupada’s lecture and kirtana to get signatures from the trustees for the new society.
To read the entire article click here: http://www.dandavats.com/?p=20490&page=9

The Process of Dying. At the moment of death the following…

TOVP: The first Chatri Kalash was put in place! (Album with…