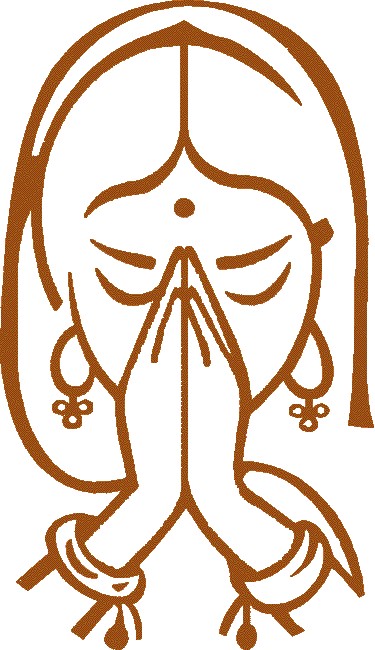 Her Grace Locanananda devi dasi joined ISKCON in Mexico city in 1975 when she went with her son to a Sunday feast. She had grown up a devout Catholic, and embraced the practice of Krishna consciousness wholeheartedly, giving away her meager belongings to join the temple. When her son asked, “Can we stay here?” She smiled and said, “Yes.” enrolling him in the gurukula there. She received initiation from His Holiness Hridyananda das Goswami in 1979, and served Sri Sri Radha Madana Gopala in Mexico city as a cook and engaged in Deity worship there until 1987 when she moved to New Vrindaban. She continued these services for Sri Sri Radha Vrindavanacandra until 1992.

After serving in New York, she came to Columbus, Ohio where she lived from 2004-2010. Until her final days, she stayed in Los Angeles’ New Dvaraka temple and the Mexico City temple. She carried her japa beads, Krishna book and Nectar of devotion always. She had immense humility, love for one and all, expressed in her motherly nature. Often, stream of tears would flow from her eyes when she read about Krishna, gazed at the Deities or just heard about Him in classes.

A month before her departure from this world in Los Angeles, she was diagnosed with metastatic liver cancer. In her last days, she was immersed in chanting harinaam, listening to Srila Prabhupada tapes and reading Krishna book and Nectar of devotion. She passed away comfortably in hospice care with her son Hari-venu and her cousin Gokula by her bedside chanting for her. Hari-venu Prabhu is trying to raise money for her cremation. Any assistance would be greatly appreciated. For more details, please call Hari-venu at (949) 300-2605.

Rathayatra in Poland (Album with photos) Srila Prabhupada: “As a...
Our prayers to Krishna

Jnanagamya Prabhu, ACBSP, left his body while in Mayapur