Help Rebuild the Hare Krsna Centre in Christchurch after Earthquake

My name is Mandira mani. Here I am with my two children, Nadia Caitanya and Nila Madhava. 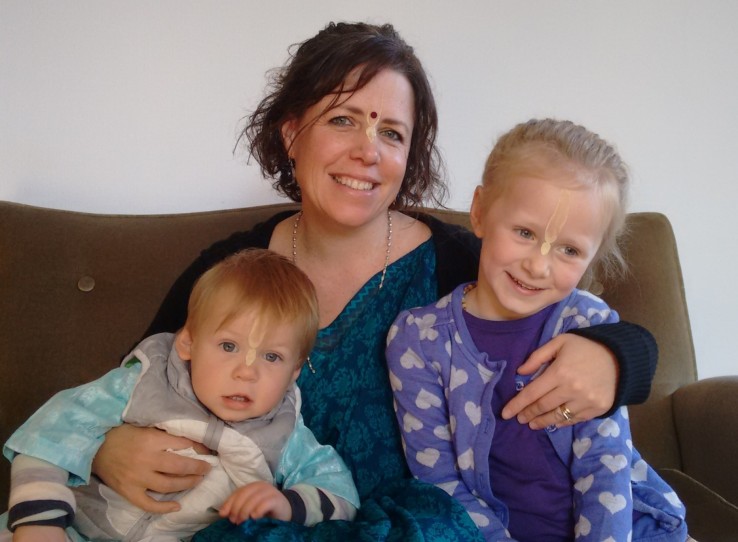 I grew up as part of the Hare Krsna community in Christchurch, New Zealand. I am appealing to you today to ask you to help us rebuild our temple which was destroyed in an earthquake in February 2011. The temple was the centre of our community and the home of our deities, Sri Sri Nitai Gaurachandra, pictured here: 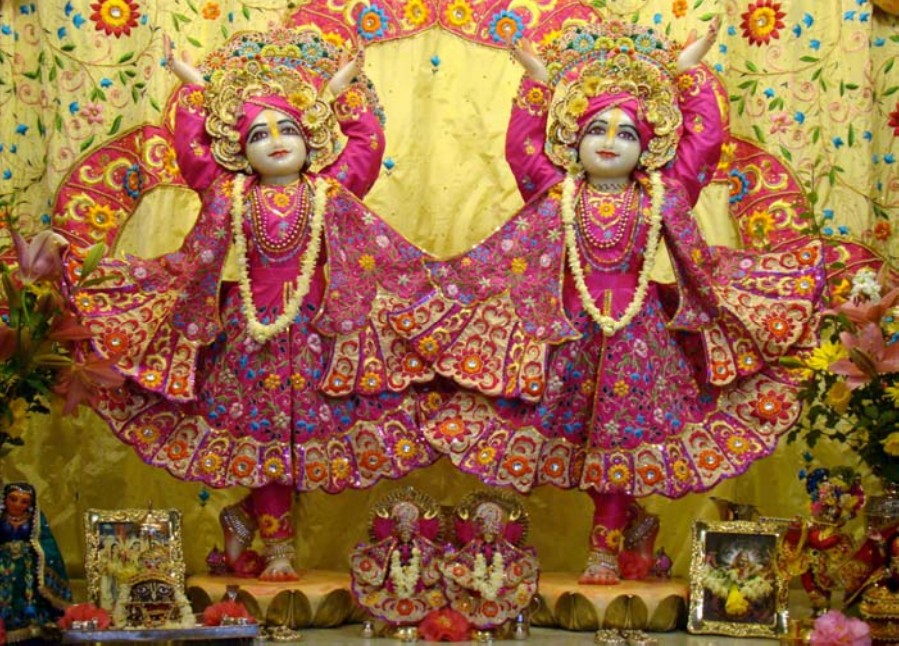 You might remember hearing about the Christchurch earthquakes in the news. What you might not know is that there were more earthquakes after the first big one—no fewer than 10,000 of them. There were sometimes seven or eight earthquakes a day. Everybody living in Christchurch was scared all the time because each earthquake had the potential to bring major destruction. Eventually one of them did: our temple survived the first earthquake, but the biggest of those 10,000 aftershocks brought it down. This is what the temple looked like before and after the earthquake: 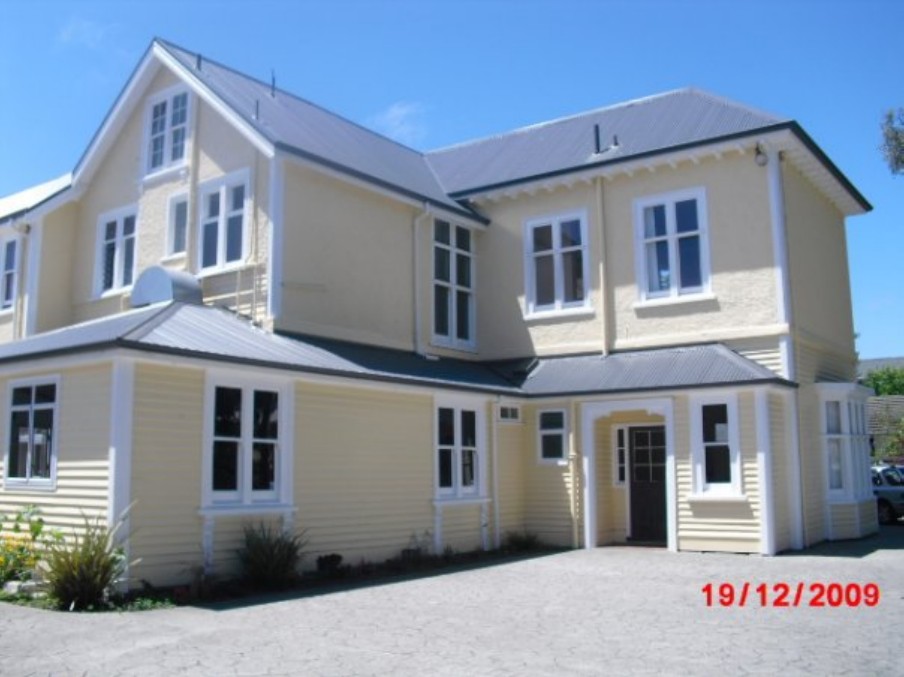 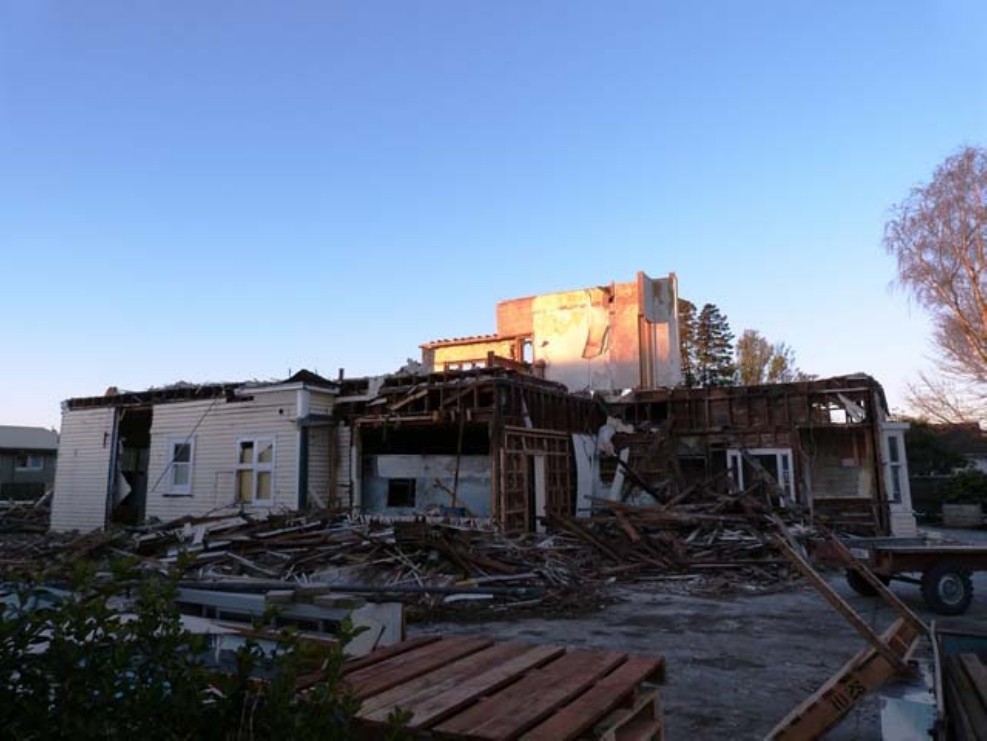 You might also not know that Nitai Gaurachandra fell from the altar and were broken that day. I had grown up with those deities, attended Their installation as a ten-year-old and had worshipped Them every day as a young pujari. Imagine for a minute the pain of losing your deities. This became a reality for us. Here you see Kalasamvara Prabhu, our Regional Secretary and former Temple President, putting Them into the ocean: 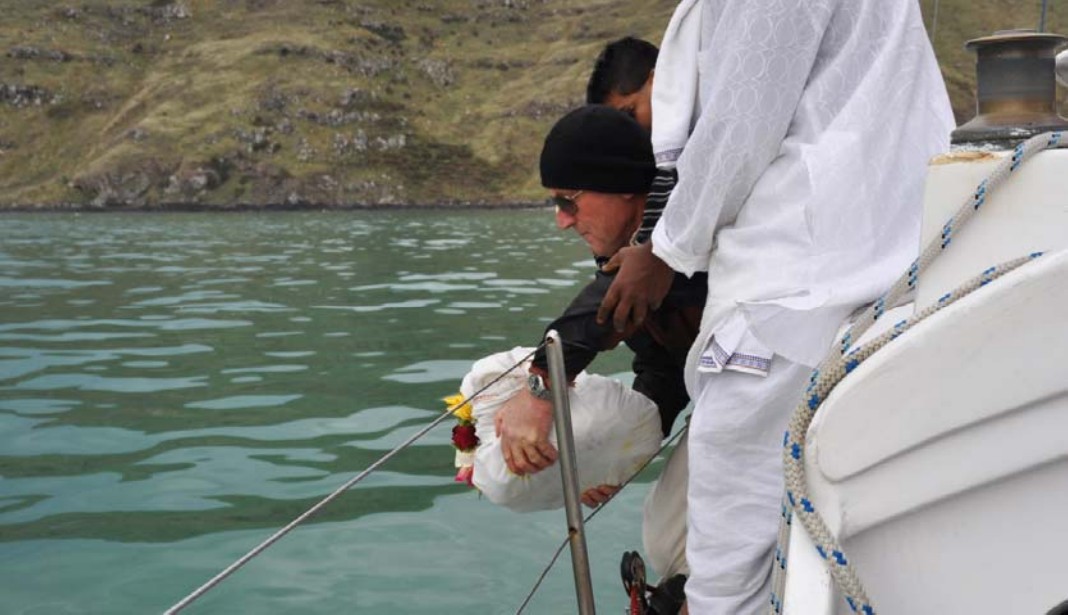 Five years later, the rebuild has finally begun. We have been very lucky to get an insurance payout–lucky because the insurance company went bankrupt after the earthquake. The rebuild is being directed by Ramanuja Prabhu, our Temple President, shown here giving visiting devotees a tour around the building site in April 2016: 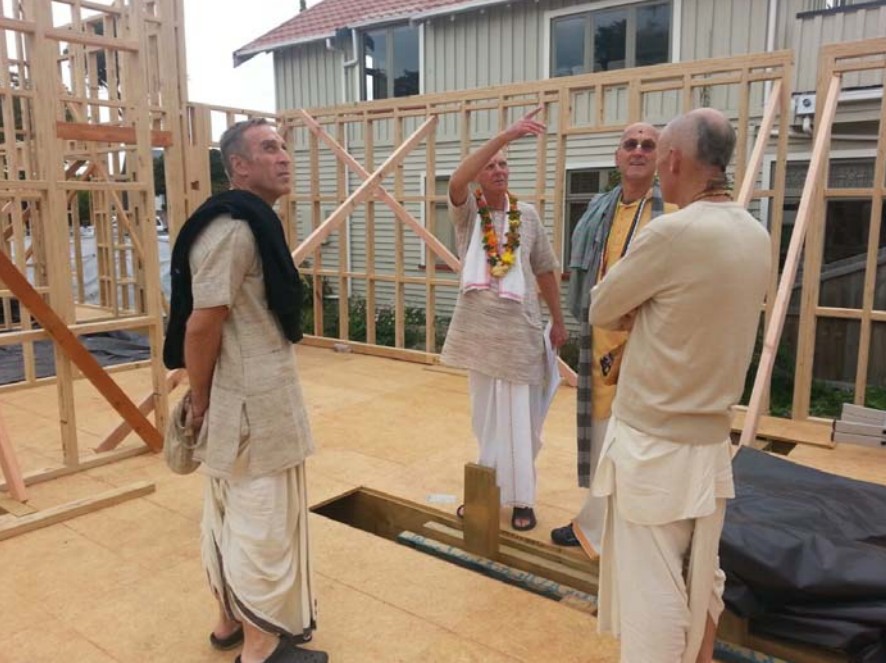 The rebuild is going well, and we are aiming to open the temple in early 2017. It will be a modern, purpose-built structure. Here’s an architect’s impression of what it will look like:

However, we have a problem in completing the temple: we no longer have enough money to finish the building. This is because there was so much red tape to get through before we could start the rebuild (five years worth of red tape!) that the money we were paid through the insurance settlement has depreciated while building costs have risen. We are short NZ$280,000 (US$200,000).

I’ve decided to try and reach out to our extended devotee family to raise the missing funds. Your donation will be used to complete the interior of the temple, including outfitting two kitchens (one for the devotees and one for the deities). Your donation will also honour the first generation devotees who worked so hard to establish our temple, and it will be a great gift to secondgeneration devotees like me who want to pass it on to our children, the third generation.

Donations are payable in New Zealand dollars, as this is a New Zealand-hosted funding site. NZ$100 is equal to US$70 and €65. Please give generously!
Please also visit us at our Facebook page for regular updates: https://www.facebook.com/chchharekrishnacentre/

And even if you can’t give anything, you can help us by sharing these links with your friends on your social networking sites, since the more exposure we get, the better.

Please bestow your mercy on this departed soul