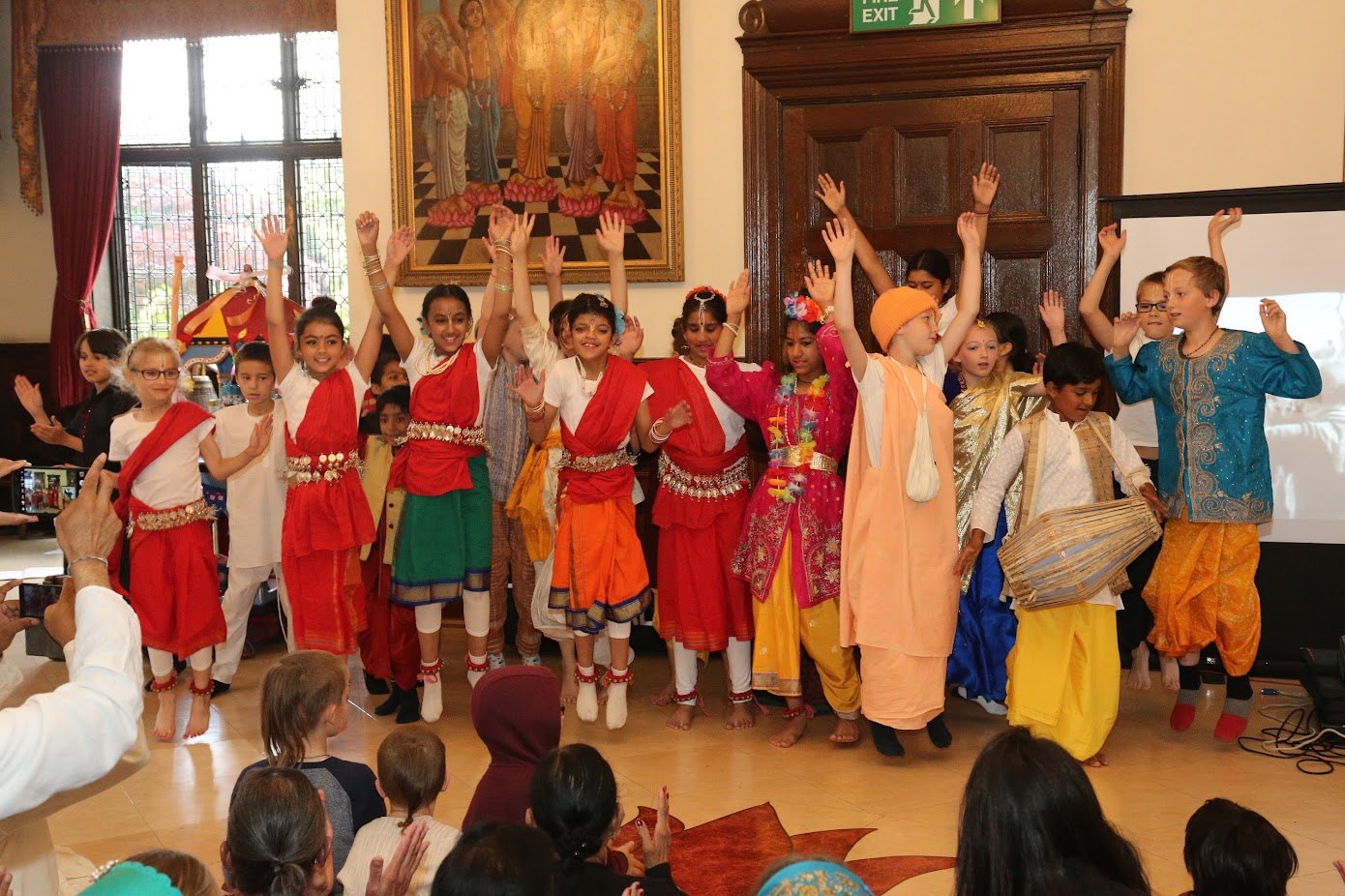 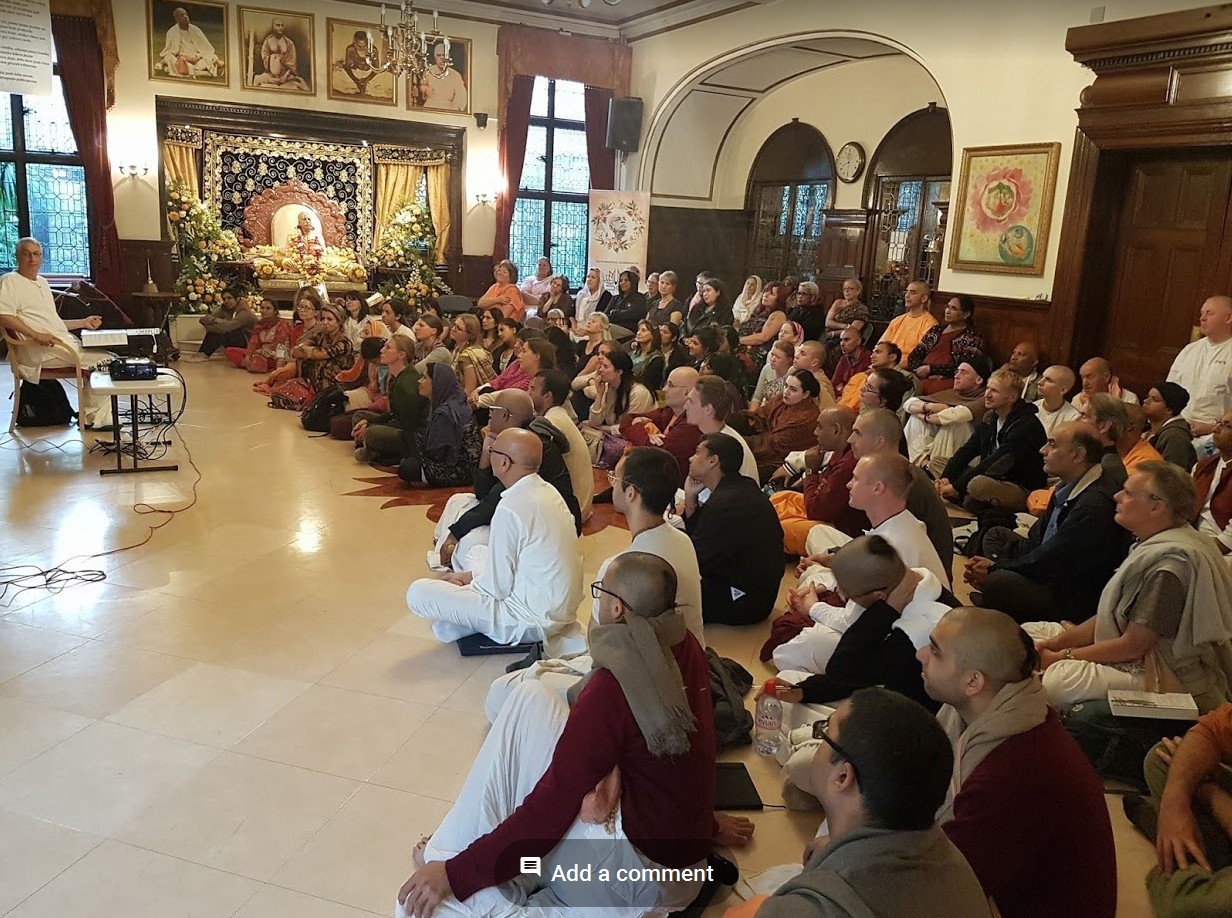 “Srila Prabhupada’s incorporation of ISKCON was more than just a gesture of creating a non-profit, it was an act of defiance, a stake in the ground against the atheists to say that this is Krishna Consciousness and it is here to change the world.” – Yogeshwara Das

On the 13th of July 1966, 50 years ago, Srila Prabhupada received the certificate stating that ISKCON was officially incorporated. After having braved the tumultuous sea for thirty-five days, and two heart attacks aboard the Jaladutta, Prabhupada arrived in America with only $7 in his pocket and nowhere to stay.

A year later, he had opened the first temple in a storefront on 2nd avenue New York and ISKCON was established. Devotees around the world gathered on Tuesday 13th July 2016 to mark the occasion and express their gratitude to Srila Prabhupada, for changing their lives.

The day commenced with devotees distributing 5,000 cupcakes to commuters including the Mayor of London, Sadiq Khan, and was reported on by the BBC.

At Bhaktivedanta Manor, Yogeshwara Das was invited to give a speech on the importance of the day and the depth of the sacrifice Prabhupada gave, at the tender age of seventy, to establish a centre for Krishna Consciousness. In his speech, he spoke about the timelessness of Prabhupada’s message and the importance of devotees in today’s digital age not to think of it as teachings of the past but living, breathing documents. Prabhupada addressed issues such as global warming, the peace process and abuse towards women and in order to prevent the marginalisation of Krishna Consciousness, he said we must discuss our position on this and issues such as playing with nature’s formula for life with genetics and terrorism.

Following this, students of the Gurukula treated those assembled to a beautiful and colourful performance on Prabhupada’s life, to a resounding applause. Devotees, including many of Prabhupada’s direct disciples then expressed speeches of deep gratitude, love and respect. They shared stories of their time with him, recounting his incalculable mercy, brilliant sense of humour and pure, unalloyed dedication to Krishna.

One hundred and eight dishes were also offered to Srila Prabhupada in his personal quarters at the Manor after which Pushpanjali and Guru Puja were conducted in his honour. Temple leaders then personally served the lunch to Prabhupada’s disciples in the Goshala.

The day concluded with a multimedia presentation by Yogeshwara Das on the spiritual life of George Harrison and his relationship with Prabhupada. He spoke about Harrison’s strong desire to spread Krishna Consciousness at any events he attended but received increasing criticism and disapproval from the secular public. So strong was his dedication to his spiritual master Srila Prabhupada however that he penned the Beatle’s hit song Something, which fans believed to be about his wife but was in fact about Lord Shri Krishna.

Celebrations of Incorporation Day will continue with the Srila Prabhupada garden opening on Saturday 16th July.

Srila Prabhupada once told an astrologer that he would build a house for the world. Fifty years on today we relish this house and fruits of his labour. In the words of Kripamoya Das, ‘the teachings of Srila Prabhupada will live for generations to come!’

The Speaking Tree, a weekly spiritual supplement published by...
Scenes from our great Sunday program in Krasnoyarsk, Siberia....

Six Continents Join in Global Prayer for the Yamuna River