Call Each Other Gopi? 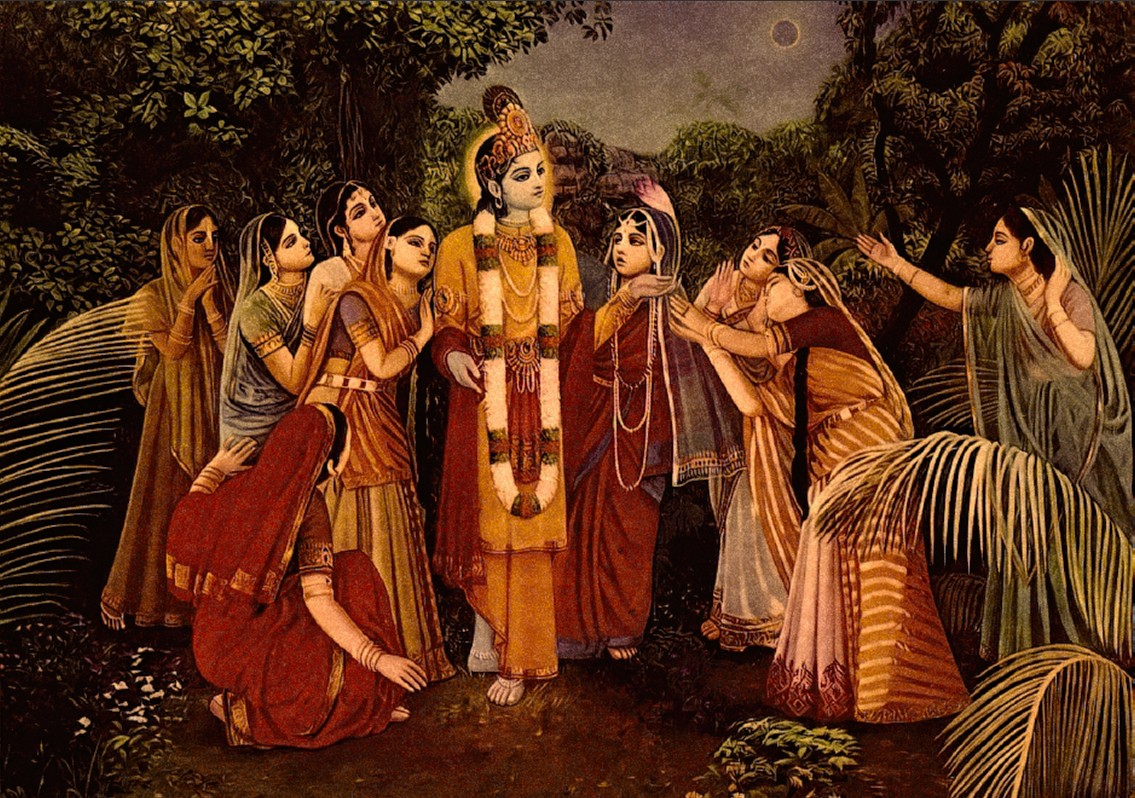 Is it Okay to Call Each Other Gopi?

Two of my “devotee” girlfriends recently commented on a Facebook picture of mine. And that left me very uncomfortable.

Though since childhood, I was used to being called “gopi” by my classmates and coworkers as my surname had been “Gope”, however, that never made me uncomfortable. I knew those karmi people did not have any clue what they were referring to. But my devotee girlfriends surely know what they are talking about. Or do they?

To my surprise, I found out that it has become quite common among young ladies in ISKCON to call each other gopi, even call each other Srimati Radharani! I was in a dilemma. Is it offensive or trivial to call another devotee girl gopi? At first, I thought, may be it is not as bad as I am thinking. Since “without the help of the gopis, one cannot enter into these pastimes. Only one who worships the Lord in the ecstasy of the gopis, following in their footsteps, can engage in the service of Śri Śri Radha-Krishnain the bushes of Vrindavana. Only then can one understand the conjugal love between Radha and Krishna. There is no other procedure for understanding.” CC Madhya 8.204-205

I tried to reason myself in this way. That, however, did not make me any less uncomfortable. I could not but think of my real position. I am a neophyte devotee who is barely chanting her rounds, that too without any taste. How can I be addressed as the most superior devotees of the Lord? I am so attached to material opulence, name and fame. How can I be addressed as the most surrendered personalities? I thought to give those seemingly insignificant Facebook comments a deeper thought. No wonder, I found verses after verses, purports after purports condemning such behavior of imitating the pure devotees. I became comfortable that I was uncomfortable. It is possible to write volumes just by quoting verses and purports on this topic. I will only mention a few.

“One who is not a great controller should never imitate the behavior of ruling personalities, even mentally. If out of foolishness an ordinary person does imitate such behavior, he will simply destroy himself, just as a person who is not Rudra would destroy himself if he tried to drink an ocean of poison.” SB 10.33.30

“Some materialistic sahajiyas who cannot actually understand the pastimes of Radha and Krishna manufacture their own life-styles without referring to authority. Such sahajiyas are called sakhi-bheki, and sometimes they are called gaura-nagari. They believe that the material body, which is fit to be eaten by jackals and dogs, is enjoyable for Krishna. Consequently they artificially decorate the material body to attract Krishna, thinking themselves sakhis. But Krishnais never attracted by the artificial grooming of the material body. As far as Śrimati Radharaṇi and Her gopis are concerned, their bodies, homes, dresses, ornaments, endeavors and activities are all spiritual… One should not be misled by mental concoctions, supposing his material body to be perfect and deeming oneself a sakhi. This is something like ahangrahopasana, that is, a Mayavadi’s worship of his own body as the Supreme. Srila Jiva Gosvami has cautioned mundaners to abstain from such conceptions. He also warns that thinking oneself one of the associates of the Supreme without following in the footsteps of the gopis is as offensive as thinking oneself the Supreme. Such thinking is anaparadha. One has to practice living in Vrindavana by hearing about the talks of the gopis with Krishna. However, one should not consider himself a gopi, for this is offensive.” Bhaktivedanta Purport CC Madhya 8.204-205

“Devotees known as sahajiya, who make everything very easy, do not associate with advanced devotees.” Bhaktivedanta Purport SB 4.29.41

“Bona fide devotional service is based on the conclusions of the Vedic literature. It is not based on the type of sentiment exhibited by the prakrita-sahajiyas. The prakrita-sahajiyas do not consult the Vedic literatures, and they are debauchees, woman-hunters and smokers of gañja. Sometimes they give a theatrical performance and cry for the Lord with tears in their eyes… The prakrita-sahajiyas do not realize that they are violating the orders of Sri Caitanya Mahaprabhu, who specifically said that to understand Vrindavana and the pastimes of Vrindavana one must have sufficient knowledge of the sastras (Vedic literatures)…Devotees who are actually serious attain bhakti, scientific devotional service, by hearing Vedic literatures (bhaktya sruta-grihitaya). It is not that one should create something out of sentimentality, become a sahajiya and advocate such concocted devotional service.” Bhaktivedanta Purport CC Madhya 1.34

After so many millions of lifetimes we came to the shelter of Srila Prabhupada, a bonafide Acarya. Should we really take it so lightly? After getting the gem of Vedic philosophy in the most intelligible form, should we become sakhi-bhekis, sahajiyas?