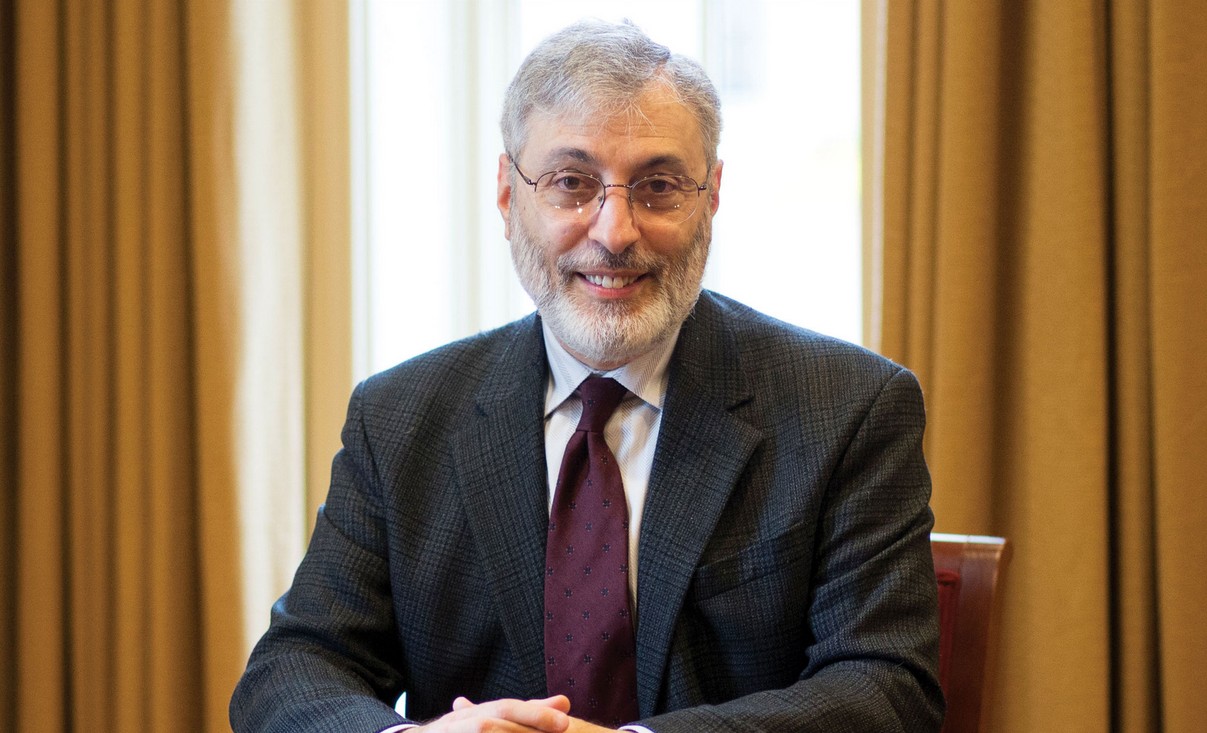 His Grace Garuda Prabhu is a disciple of A.C Bhaktivedanta Swami Srila Prabhupada and known as Dr. Graham M. Schweig, at the Department of Philosophy and Religious Studies of Christopher Newport University in Virginia. Garuda was one of the first ISKCON devotees to pursue a formal education. He saw a great opportunity to reach educated circles by inaugurating the field of Vaishnava studies. He earned his doctorate in Comparative Religion from Harvard University. Recently, Princeton University Press published his thesis under the title “Dance of Divine Love- India’s Classic Sacred Love Story: The Rasa Lila of Krishna.”
—–
“The traditions of Jesus Christ, the traditions that focus on the Divine person of Jesus Christ and the traditions that focus on Sri Krishna and Sri Krishna Caitanya – these traditions come to us through written words – through scriptural texts.
“Many people say, who are not so religious or who may be agnostic or atheistic, they say ‘religion is manufactured by humans’… “look who wrote the scripture” …”obviously a human has written the scripture”… “look who has written this text or that sacred text”. “These are texts written by humans so therefore humans have manufactured religion.”
Here Srila Prabhupada says that ‘Religion can only be manufactured by God.” So, how is it that we have written words and then we have the Supreme Lord? What is the relationship between God and the writing of humans? What kind of literature is scripture?