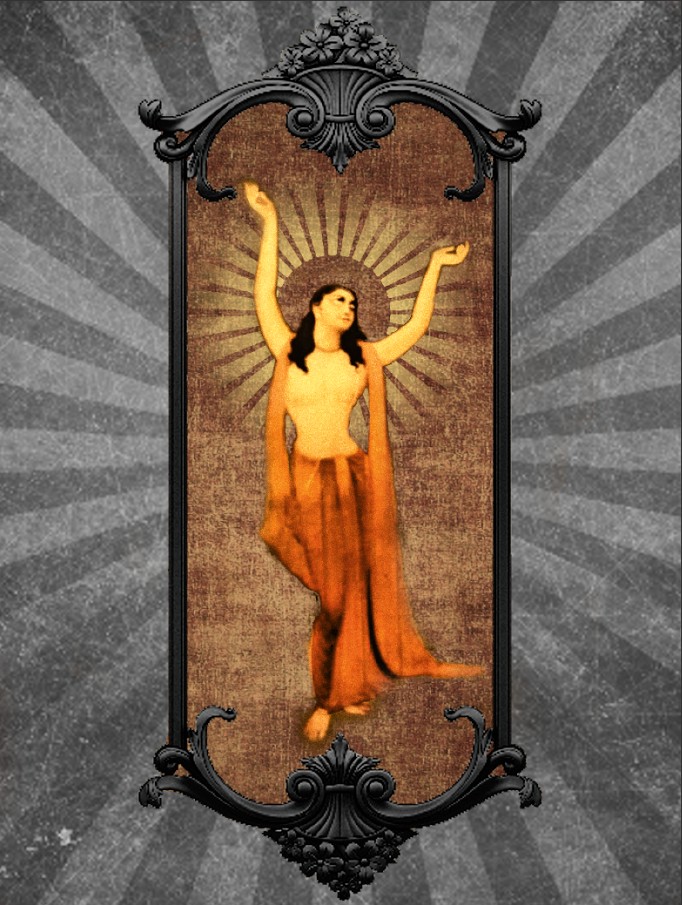 Chant and dance in ecstasy! Experience the bliss! Just let go! Many a time we may have felt heightened exhilaration during kirtan or other devotional activities and wondered if it was some form of ecstatic symptom like bhava! If it was bhava, does that make one a maha-bhagavat? If it wasn’t, what was it? An uninformed student may think he has reached the acme of his devotional career with such a feeling and wondered if there is still more bliss ahead.

The whole range of emotions we feel here on earth have their original and full expression in Goloka-Vrndavana, and while we experience bursts of elation while performing sadhana-bhakti, it is worthwhile noting how materialistic people also obtain occasional joyfulness bordering on ecstatic, though it would be improper to compare with devotional happiness.

Pop idols and charismatic leaders even of the caliber of Hitler can induce extreme hysteria in their admirers, which include screaming, crying, yearning, fainting, jumping and sometimes uncontrollable behavior. A unified singing by thousands of voices of a country’s national anthem sung before a huge sporting event can cause tears of pride. A rare touch of genius on the sporting field or a victory can stimulate a crowd to jump about with arms upraised and yell with glee. The more orderly classical concerts where so called refined people gather to hear renditions of the great composers can move the audience to tears, cause the tingling of goose bumps in sheer aesthetical delight, and move them to stand and applause at the end for several minutes while whistling and cheering with immense admiration for the performance.

The arousals of the above emotions are all caused by the movement of superior acts of inspiration or ability which have their source in Krsna. Yet contemptuous skeptics will fail to see any difference between the emotional behavior of materialistic and spiritual people. And for the devotees, what distinguishes their euphoria from the rest?

In SB 4.29.63 purport, Srila Prabhupada compares the mundane and spiritual pleasures, and says of the devotees: “The mind of a person in Krsna consciousness also acts in a similar way. The tongue chants Hare Krsna, the Maha-mantra, the hands are raised in ecstasy, and the legs dance in Krsna consciousness. These symptoms are technically called – asta-sattvika-vikara. Sattvika-vikara is transformed action of the mental condition in goodness, or sometimes transcendental ecstasy.” Do these high sounding emotions only belong to the realm of Krsna-prema? Is he saying we all literally experience asta-sattvika-vikara when we chant and dance in ecstasy?

Someone in the mode of goodness, whose heart has softened to the attendance of the holy names, will externally show these symptoms. Sometimes, or in rare cases, someone who has achieved the level of bhava will genuinely experience such symptoms internally. BG 5.24 says: “One whose happiness is within, who is active within, who rejoices within and is illumined within, is actually the perfect mystic, He is liberated in the Supreme, and ultimately he attains the Supreme.” Although Srila Prabhupada encourages everyone to chant and dance in ecstasy, he usually reserves words like ecstasy or sometimes attachment, for the stage of bhava.

A realistic assessment and orderly progression are often given in English. In the TLC page 33 it is said: “If one is engaged in chanting and hearing with devotion and faith, his material misgivings gradually become vanquished. As his faith in devotional service gradually increases, he becomes assured of a higher perfectional position. In this way one can become firmly fixed in devotion, increase his taste for it, become attached and feel ecstasy.” Ecstasy is equated with bhava.

There are instances however where even neophytes can experience a higher taste. In the NOD page 109, it is written: “Rupa Goswami has stated that the five kinds of devotional activities – namely residing in Mathura, worshipping the deity of the Lord, reciting Srimad Bhagavatam, serving the devotee and chanting the Hare Krsna mantra – are so potent that a small attachment for any of these five items can arouse devotional ecstasy even in a neophyte.” Are we to assume bhava is being experienced?

Unless and until we have reached the level of bhava, whatever emotions we feel are temporary flashes of impetus given by the Lord. If we thank the spiritual master and Krsna for kindly propelling us with tasty prospects it qualifies us further. Real bhava is constant by nature, and such permanence has to be preceded by qualities like – sthita-prajnas – to be transcendentally situated, BG 2.55. To be – sthita-dhir munir – a sage of steady mind! BG 2.56. To be – prajna-pratisthista – of fixed or steady intelligence! BG 2.57 and BG 2.61. To be living in Krsna in Samadhi – nivasisyasi mayi – BG 12.9.

If these qualities are developed in regulated sadhana-bhakti they will become a good basis for bhava which is still some way off. When bhava is attained, Srila Narada Muni’s recollection described what happened: “As soon as I began to meditate upon the lotus feet of the Personality of Godhead with my mind transformed in transcendental love, tears rolled down my eyes, and without delay the Personality of Godhead Sri Krsna appeared on the lotus of my heart. O Vyasadeva, at that time, being exceedingly overpowered by feelings of happiness, every part of my body became separately enlivened. Being absorbed in an ocean of ecstasy, I could not see both myself and the Lord.” – SB 1.6.16/17.

Generally our efforts should be a clearance of offences related to chanting japa which is the juncture of Nama-abhasa. On this level any mind-jolting euphoria we experience also has to be – abhasa – a shadowy glimpse of the real thing. It is nevertheless tangible because it is in relation to Bhakti-yoga.

We see lots of happiness in the kirtans and very little crying and fainting, unless someone is dancing with torn knee ligaments or suffers a heart attack. In the rare event in which an exhibition of bhava is to manifest, will probably be in the privacy of a devotee’s living quarters, away from the glare of curious and potentially imitative mentalities. NOD page 139 says: “Such attraction for remembering Krsna’s activities is known as attachment for Krsna….This attachment is very confidentially kept by Krsna and is bestowed only upon pure devotees. Even ordinary devotees cannot have such pure attachment.”

If our remembrance of Krsna is hindered by petty elation or misery and other dualities, we are thoroughly poisoned. BG 18.37 purport says: “In the pursuit of self-realization, one has to follow many rules and regulations to control the mind and the senses and to concentrate the mind on the self. All these procedures are very difficult, bitter like poison, but if one is successful in following the regulations and comes to the transcendental position, he begins to drink real nectar, and he enjoys life.”

NOD page 107 states: “The holy name cannot therefore be chanted offenselessly by one who has failed to purify his senses. In other words, material senses cannot properly chant the holy names of the Hare-Krsna Maha-mantra.” Any claims to experiences of bhava under these circumstances are suspect. TLC page 207 tells the correct conditions: “The transcendental ecstatic attachment for Krsna which results from perfectly understanding that Krsna’s person and His name are identical is called bhava. One who has attained bhava is certainly not contaminated by material nature.”

Next time we feel like a jubilant peacock without being disillusioned as to whether that cosmic ray of unfathomable bliss swelling up within our heart is bhava or not, we can safely know we are singing the greatest songs in the world, doing the most profitable thing and the best meditation of all. In TLC page 341, Sri Chaitanya Mahaprabhu inquired; “And out of all songs, what song do you think is the best of all?” Srila Ramananda Raya replied that any song which describes the pastimes of Radha and Krsna is the best song….The songs that tell of those pastimes are the greatest songs in the world.” He also says that there is nothing as profitable as the association of pure devotees. In addition he advises that one should always think of the pastimes of Krsna. “One should always think of those pastimes; that is the best meditation and the highest ecstasy.”