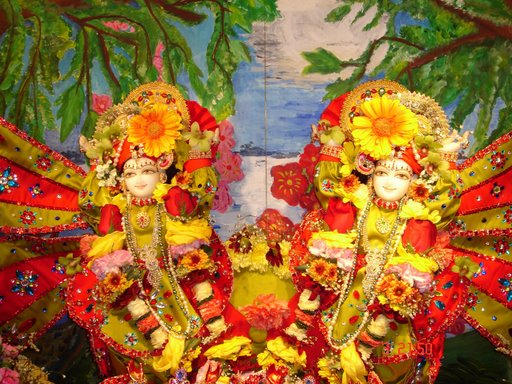 The devotees in Singapore welcomed the blessed appearance of Lord Caitanya Mahaprabhu on 3rd March 2007 with much celebration and bliss. This year, the programme was held in a larger capacity hall with a good stage, and at least 500 devotees, well-wishers and members of the public attended the Festival.

The event commenced with abhisek of Their Lordships Sri Sri Gaur Nitai,and everyone was blessed by being able to participate in the same. After hearing a nectarean discourse by a senior devotee of the congregation, H.G Balakrishnan Prabhuji, about birth and lilas of Caitanya Mahaprabhu, the highlight of the celebrations began with two (2) dramas staged by the Bhaktavatsalas and the Nityalilas, our youth teams of dedicated and fired-up male and female devotees.

The Prabhus staged the glories of Haridas Thakur with such devotion, that even the most stone-hearted amongst us were moved to glorify the Naamacharya, especially in the whipping scenes at the market places. The young ladies, on the other hand, produced an equally exquisite dance-drama performance of the birth of Mahaprabhu that endeared itself to the audience very much. All in all, the audience clapped, cheered and loudly shouted “Haribol!” during the dramas. It is telling that, while prasadam counters were open and available, the audience were so completely entranced with the dramas that during that period in time we saw no-one actually lining up for prasadam or going anyway else! They were simply riveted to their seats.

The programme concluded with a wonderful and ecstatic kirtan led by H.G Krishnakinkara Prabhuji, and it went on for almost 1½ hours. Nobody wanted to stop! Devotees danced and sang for the pleasure of Their Lordships Sri Sri Gaur Nitai, as H. G Sudarshan Das Adhikari Prabhuji, another senior devotee in the congregation, performed the Maha-arati and everyone had darshan of Them.

Mahaprabhu is very merciful in every department of devotional service; just a week ago, the devotees distributed 15 sets of the brand new edition of Srimad Bhagavatam on Bhagavatam Day, and on Gaur Purnima, the book counter was equally active; almost S$500.00 worth of Srila Prabhupada’s books were distributed, and many email contacts of newcomers were procured. The devotees distributed 500-odd plates of prasadam to one and all; this year, we also had representatives from the Homes for the needy, the destitute, and the mentally infirm being brought down for prasadam and watching the drama – they enjoyed the whole process of devotional service immensely!

We pray for the continued mercy of Sri Caitanya Mahaprabhu and all the devotees that we will somehow or other be always engaged in pleasing the Supreme Lord and His devotees, despite all our inebrities and faults. 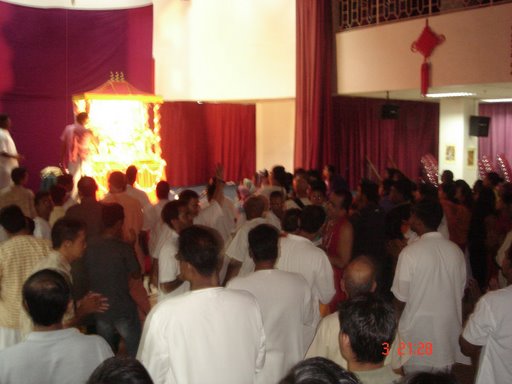 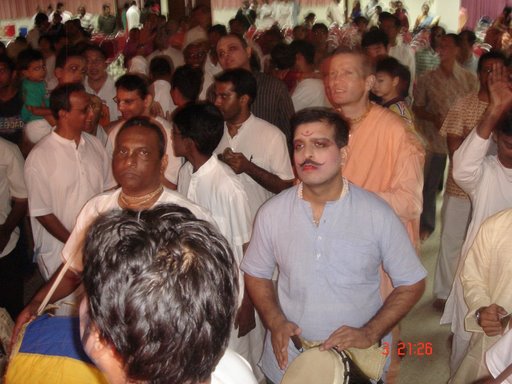 Video of a conference with Drutakarma
"Hey Hari Hari''

Huge press coverage for the huge festival of colors (Holi) in Utah!