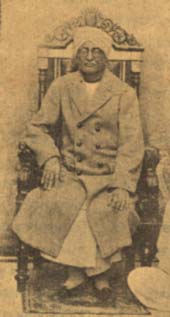 I understand that you are sincere in trying to further the mission and goals of the Gaudiya sampradaya and that your ideas are nothing more than an attempt to help, but I would have to respectfully disagree with your making an analogy between the commitee that changed the zonal acharya system and the concept of a neverending oversite commitee digging through the details of the lives of the GBC to the extent you have detailed. The zonal acharya commitee was a one time affair that was meant to change the essential direction in which Iskcon was going down in terms of the powers and roles of the gurus. What you have suggested is a complicated ongoing affair.

How would the GBC members be scrutinized to the degree you envision? In order for such an idea to be implemented there would need to be something similar to what police depatments have i.e internal affairs. Police departments in the U.S have a separate organization which digs into the lives of the police looking to make sure no one is breaking the rules. They are under the control of and answer to the mayor or police commision. In Iskcon there is no higher authority then the GBC. Who would these oversight commitee devotees be answerable to? How would we know if those devotees are being honest rather then playing politics or acting in a less then honest and fair manner? What you suggest as a solution would simply present another level of bureaucracy which would itself need to be scrutinized. This does indeed lead to infinite regress. Not only does that present a major problem but also the GBC members have a substantial amount of work going on, how is it practical to scrutinize everything they do without a large number of people involved and offensive intrusions into peoples lives? Should Iskcon be run like a communist government bureaucracy where everyone is under surveillance? These are vaisnavas we are talking about. The opportunity for abuse of vaisnavas in the name of “keepin em honest”, the inner unseen motivations and prejudices of the “wathchers”, abuse in the name of transparency is easy to envision.

Another point is that Srila Prabhupada was not so shortsighted that he couldn’t see to institute what we might think is now necessary. The GBC shouldn’t have to spend their time making sure everything they do is done in such a way that no one could possibly find any fault in any of their actions. Power may corrupt but that is a fact of life that will always be with us. Trying to solve that fact of life through another layer of corruptible invasive bureaucracy seems to me to be less of a solution and more of bigger more complicated problem waiting to happen.

You also mentioned that my statement [of sastra not always being necessarily followed strictly] about women in Iskcon is simply referring to a temporary arrangement and therefore not relevant to my point. Regardless of the veracity of your conclusions about the temporary or permanent roles for women in Iskcon vis-a-vis sastric injunctions and what Srila Prabhupada did, the point I was making is that adjustments can be made and that sastric codes or tradition are not necessarily binding in every circumstance.

To broadcast the cult of Krishna consciousness, one has to learn the possibility of renunciation in terms of country, time and candidate. A candidate for Krishna consciousness in the Western countries should be taught about the renunciation of material existence, but one would teach candidates from a country like India in a different way. The teacher (acarya) has to consider time, candidate and country. He must avoid the principle of niyamagraha — that is, he should not try to perform the impossible. What is possible in one country may not be possible in another. The acarya’s duty is to accept the essence of devotional service. There may be a little change here and there as far as yukta-vairagya (proper renunciation) is concerned. Dry renunciation is forbidden by Sri Caitanya Mahaprabhu, and we have also learned this from our spiritual master, His Divine Grace Bhaktisiddhanta Sarasvati Thakura Gosvami Maharaja. The essence of devotional service must be taken into consideration, and not the outward paraphernalia […]

What is required is a special technique according to country, time and candidate. In this connection, Srila Bhaktisiddhanta Sarasvati Thakura comments on these points by quoting two verses by Sri Rupa Gosvami (Bhakti-rasamrta-sindhu 1.2.255-256).

When one is not attached to anything but at the same time accepts everything in relation to Krsna, one is rightly situated above possessiveness. On the other hand, one who rejects everything without knowledge of its relationship to Krsna is not as complete in his renunciation.

HH Bhakti-tirtha Swami's Puspa Samadhi Installation
Was the head of our sampradaya a child abuser?