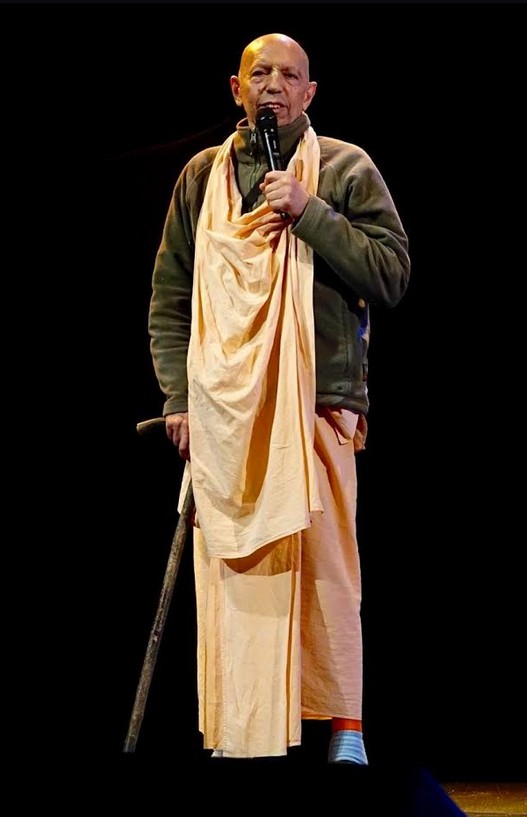 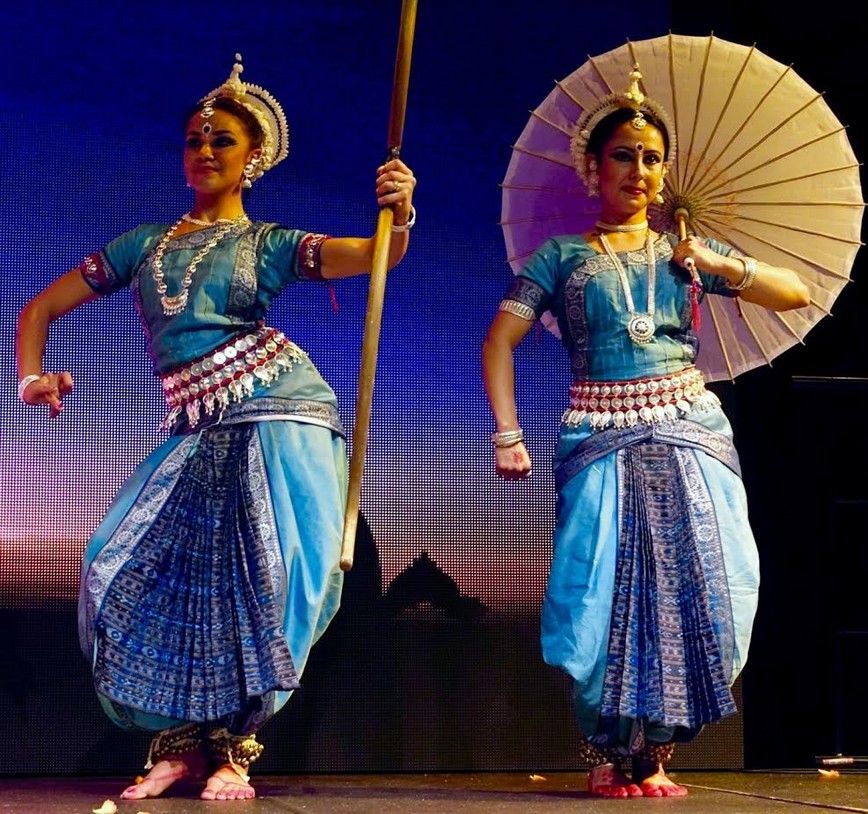 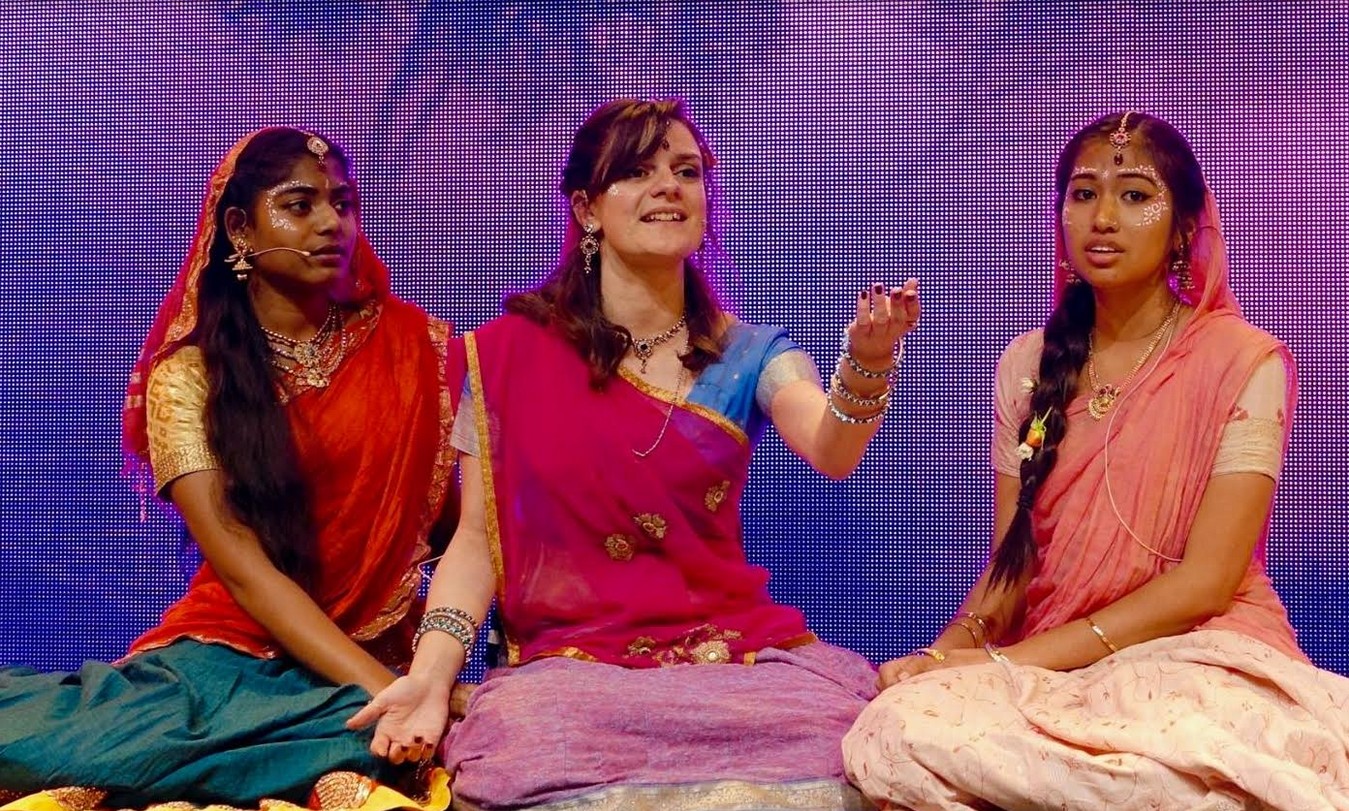 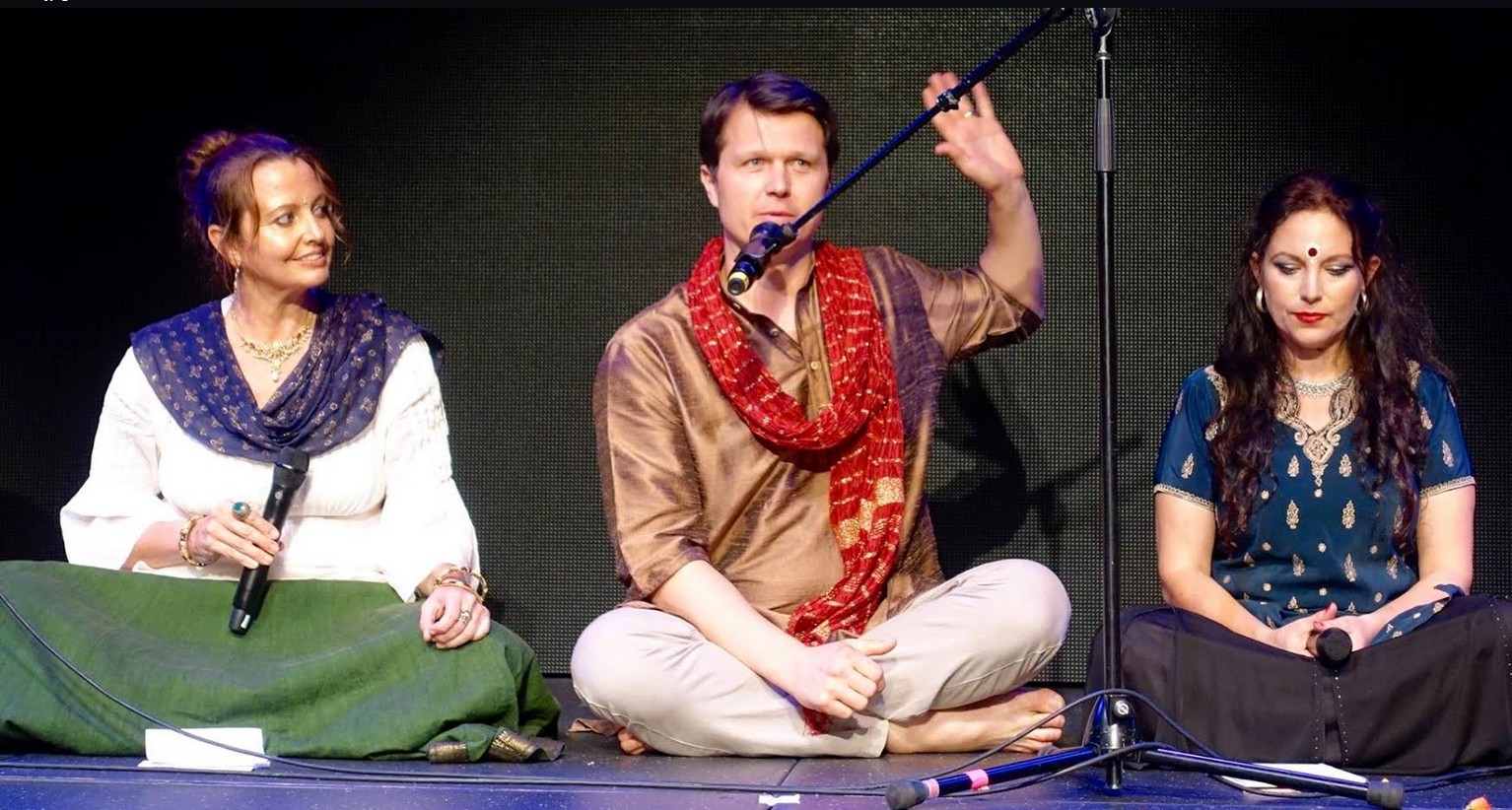 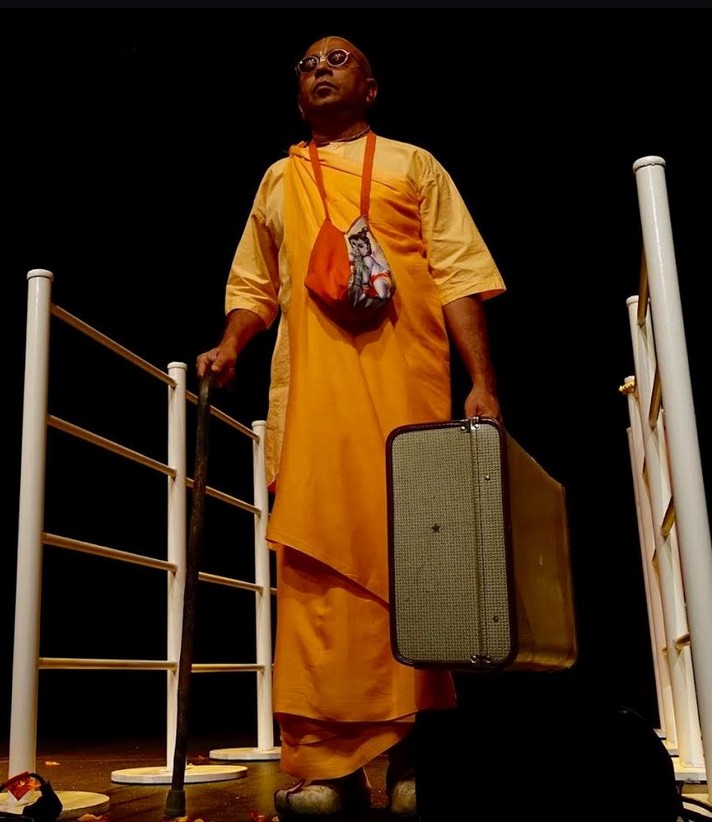 ISKCON’s 50th Anniversary was commemorated in style in Sydney, Australia from August 19 to 21 with a weekend of celebrations.

Sri Prahlada Das recounted to the audience a time some years ago when he was performing in a Harinama outside the Opera House, where the devotees were told by authorities to “Move on.” Sri Prahlada related that he “remembered thinking: ‘One day we will perform kirtan inside the Opera House.’ Today that day has come.”

The production interwove performances of significant events in Srila Prabhupada’s life with Krsna lila drama enacted by devotees from Melbourne. Damodara Pandit Das related that, “A big part of the show has been telling the story of Srila Prabhupada.” Highlights included special guests Mukunda Goswami, Syamasundara Das, Malati Devi Dasi, Bhakti Caru Swami, and the GBC for Australia, Ramai Swami, who all spoke about Srila Prabhupada and the early days of ISKCON in an interview with Mahotsaha Das. A dramatic portrayal of Srila Prabhupada’s voyage on The Jaladuta, and a heartfelt singing of Srila Prabhupada’s Jaladuta Prayers by local kirtaneer, Tribuvanesvara Das captivated the audience.

The Odissi dance group The Natya Shakti, performed a number of dances with expertise and grace in various scenes to the accompaniment of the soulful chanting of Mohini Murti Devi Dasi. New Govardhana Bhaktivedanta Gurukula students delighted the audience with Vedic chanting, and musical group The Gulab Jammin comprised of youth from New Govardhana, performed an energetic rendition of Boy George’s Bow Down Mister. A portrayal of the hippies who joined in with Srila Prabhupada’s ecstatic singing and dancing in Golden Gate Park provided comic relief and evoked much laughter from the audience. Mohini Mohan, a musical duo comprising local kirtan artists Kalyani Devi Dasi and Isha Ram Simpson performed Damodarastakam prayers, with innovative expertise. The performance reached a crescendo when Grammy nominated kirtan band, Bhakti Without Borders, led by Madi Das, engaged the audience in kirtan and dancing. A stunning backdrop of multimedia images on the stage enhanced the devotional mood that the performances evoked.

Sunday’s celebrations included screenings ofthe filmJoy of Devotionand a buffet lunch at Govinda’s. In the afternoon, the event’s special guests again captivated the audience with a three-hour sadhu sanga where they recounted pastimes with Srila Prabhupada and the Beatles, and this was followed by a Journey Within kirtan concert.