Difficult times for our devotees in Bangladesh 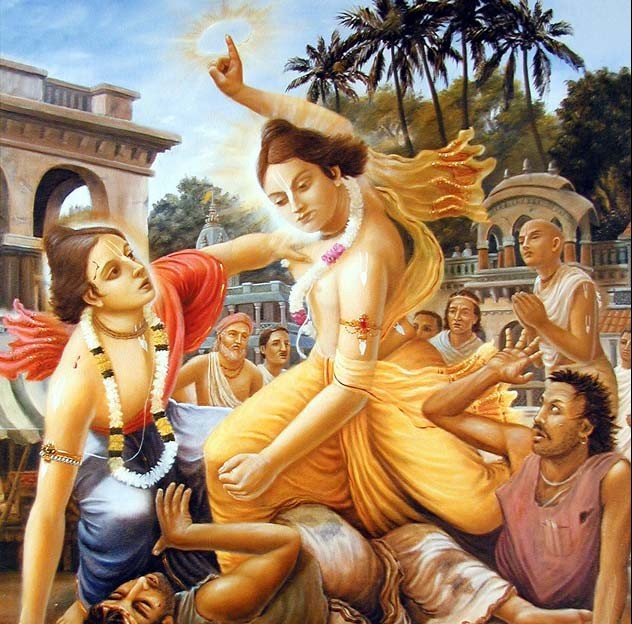 Dear Friends PLEASE HELP!!! For some time now I have been concerned for the freedoms and safeties of my fellow Hare Krsna devotees in Bangladesh, who are trying to exist peacefully in a socio-political context which is extremely fractious, volatile and imminently inflammatory. I have become aware of isolated incidents of extreme physical attacks on individual priests and small gatherings during their worship practices. Such attacks have been enacted by thugs portraying themselves as Islamic extremist fundamentalists.

A few of the recent fatalities perpetrated on Bangladeshi Hindu priests in this style have made the mainstream media. I understand that legal actions and convictions have often not followed such incidents due to fears and biases within and political pressures upon, the enforcement and judiciary systems. In some respects I am reluctant to put this out since the last thing I want is to contribute to any generic anti-muslim rhetorics or non-specific media fuelled anti-muslim paranoia.

Since, however, I accept the following as a factual situation, with innocent lives in immediate jeopardy I have decided it over-rides my misgivings. Please take a few moments to read this candid report which I received this morning. I have chosen not to edit the english so as not to mask the authenticity of the voice:

Dear Journalistic Brothers, Take our cordial greetings and congratulations on behalf of International Society for Krishna Consciousness (ISKCON), Bangladesh. You are the mirrors of our society and conscientious soldiers for authentic investigation. You are the prideful allottee for global amelioration of Bangladesh. Beloved Brothers, ISKCON, an apolitical religious organization which is believed in nonviolent Vaishnavism introduced by Sri Caitanya Mahaprabhu and mainstreamed in Sanatana Dharma, is known to you. It is immensely felicitated to the sober-minded and brilliant people throughout the world till this half century. Its extension and progression in Bangladesh is also incremental. However, regretfully truth is that an unthought-of attack was transacted while program was occurring in ISKCON Sylhet divisional Temple situated at Kajalshah adjacent to Osmani Medical Hospital on last 2 September, 2016, Friday at approximate 1:40 pm. Which has come out differently hiding the real fact to the newspapers and other medias. It grieved and mortified us extremely. The real fact is that, on that happening day, a religious competition named ‘Bhaktivedanta National Students Competition’ under ISKCON Bangladesh was undergoing on its divisional stage housed for kiddie and juvenile contestants since 9 am at Jugaltila ISKCON Temple at Kajalshah in Sylhet. There, the attendance was about a thousand devotees from four districts of Sylhet division. Approximately at 1:40 pm after Juma Prays, after attacking announcement from Kajalshah Mosque northed to our temple and Bhatalia Mosque from south-east cone and Lamabazar Nayapara Mosque and uniting about two thousands of people carrying homespun weapons and by barricading the roads eastwards and southwards to our temple, attacked us. They threw brickbats and stones focusing the temple from three sides.We were mazed at the sudden happenings. A heartrending scene was visualized inside the temple. Tears of the sky of child and women were heavy. At that time, protection to them had become our main responsibility. Under the circumstances, we closed our gates of west and north-east sides. As criminals did not enter inside the temple because of boundaries around the temple, we were saved from an appalling, diabolic massacring. But, some shop adjoining to the northed gate and arrival buses from afar placed amidst the temple were vandalized. Its loss amount is about 30-40 lacs. Regarding the fact, it has ducked the brutal incidents of 1971, 1990 and 2001. Thirty people along with children, women and pedestrian were bloodied and wounded by hit of brickbats and rubbles thrown by the raider.Dear Journalist Brothers,While civility, humanity and catholicity is growing up throughout the world, at that time in our country, by rumouring fake news through mosque mike and unifying bigoted general Muslims, they are attacking the innocent saints, women and kiddies. Sylhet ISKCON Temple has been attacked in same contrivance, as happened in Ramu, Matijheel. Now, we are very anxious about our security. How will we be escaped from such rumours and fanaticism? Dear Journalist Brothers, We are intimating the kind attention of honourable Prime Minister of Convocation of Bangladesh Government and Home Minister and relavant Authorities with the help of yours. And, we are claiming for undertaking precise legal provision concerning this fact and obliged thereby. On behalf of Nabadwip Dwija Gauranga Das Brahmachari President ISKCON Sylhet Vice- President, ISKCON Bangladesh.”

ISKCON Chennai lends their support to the community