Playlist of All Videos Recorded of Sriman Srinathji Prabhu 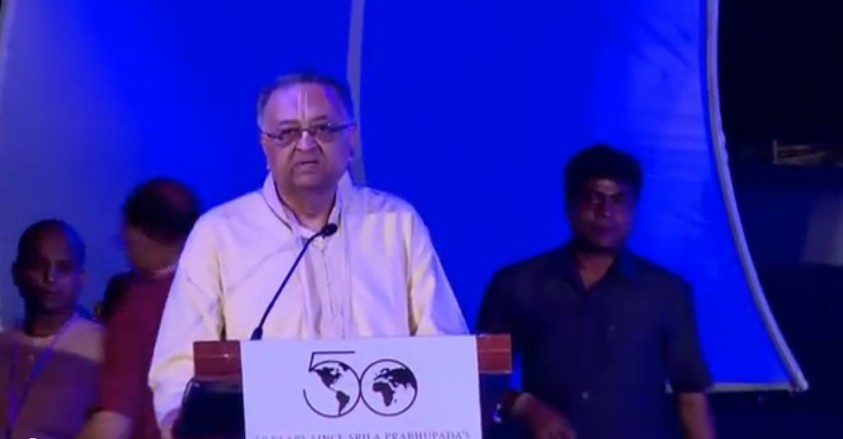 Dr. Narendra Desai, an industrialist, philanthropist and educationist, is currently the Chairman of Apar Group of Industries. He is a Technocrat with Honours Degree (1961) (Elect.Engg.) from the University of London and Masters and Ph.D. (1964) from University of Pennsylvania, USA, including Cost and Business Management Studies of Wharton School. He was Assistant Professor at Drexel University. He has been a visiting lecturer abroad such as Carnegie Melon, Pittsburgh (USA), Drexel University, Philadelphia (USA) and many other universities in India.

He is the President of Dharmsinh Desai University, Nadiad (Gujarat), a leading university in Gujarat, Trustee of Dharmsinh Desai Foundation, which runs free schools in the backward / tribal districts of Gujarat and extends financial help to the poorer section of the society in the field of education, Vice chairman of DDMM Heart Hospital in Nadiad (Gujarat), Chairman & Managing Trustee of Lady Northcote Hindu Orphanage, Mumbai, Trustee of Midday Meal Program which serves 1.6 million children daily lunch in very poor Government schools in India.

He had been the Founder-Chairman and 50% shareholder of GE Apar Lighting India Ltd., a joint venture with General Electric USA.

Dr. Desai has been a prominent all-India industry leader and was the past President of ELCOMA (Electrical Lamp and Component Manufacturers Association), AMPS (Association of Manufacturers of Petroleum Specialties) and many other associations. Dr. Desai was the Chairman of DGTD ( Govt. of India) Panel for Light Electrical Industry and was a member of the Managing Committee of Indian Electrical and Electronics Manufacturers’ Association (IEEMA).

He had twice been the Secretary General of International Interfaith Conferences, which were attended by Nobel Laureates such as Dalai Lama, Mother Theresa, etc. to promote world peace, human welfare and religious understanding. In May 2011, he was invited by Milken Institute, Los Angeles, USA, to speak in a Global Conference on “India: The Tiger Economy is Roaring”.

Damodara Janani - all the details of the Damodara lila as you have never heard them before!
Lalita Sakhi’s Village (7 min video) Indradyumna Swami: Lalita...