“Always be careful, then in due course you will feel bhava” 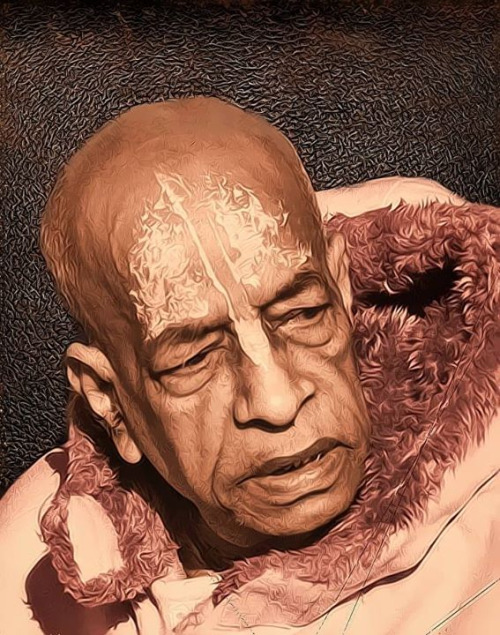 “Always be careful, then in due course you will feel bhava.”
Rukmini: The pujaris in Los Angeles had a beautiful and high standard of Deity worship that didn’t exist anywhere else in the society.
So, after being trained in Los Angeles, when I returned to Boston, where they didn’t have this nice standard, trying to introduce it was difficult.
One night I had a dream that all the temple devotees were lying on the floor arguing with each other, “In New York we do it like this.” “Well, in Boston we do it like this.” “Well, in Montreal we do it like this.”
Then the curtains closed and the Deities were gone.
This dream upset and traumatized me and I wrote a letter to Prabhupada lamenting about how unacceptable our Deity worship must be.
I wrote, “I think we’ve been very negligent in our standard of Deity worship and now I had this dream that the Deities disappeared. And I know that you said that without bhava, Deity worship is just like idol worship.”
Prabhupada wrote a pragmatic letter back with a list of many items of cleanliness.
Prabhupada wrote,
“Deity worship means to be very clean. You should try to bathe twice daily. The Deities should never be approached without having bathed first and changed to clean cloths after passing stool, etc. Keep teeth brushed after each meal, fingernails clean and trim.”
“Be sure that your hands are clean before touching anything on the altar or the Deities. And cleanse the Deity room, altar and floor daily thoroughly. Shine the various arati paraphernalia after arati. This is described in the booklet for pujaris written by Silavati dasi.”
“The idea is summit cleanliness—that will satisfy Krishna. Regarding your dream, it is a great blessing to you that Krishna warned you. So you should never be negligent. Always be careful, then in due course you will feel bhava.”
That was very nice.
A bearded yogi stayed with us in the New York temple for some time, teaching Pradyumna Sanskrit.
When we went on street harinam sankirtan, he used to stand in the front and no one thought much about it. But in retrospect, he was posing as the guru.
Later, when Prabhupada came, this yogi became highly offensive.
He brought a woman with him into Prabhupada’s room, and the two of them began yelling at Prabhupada. It was a terrible, embarrassing scene.
Later Prabhupada spoke from the vyasasana about this yogi.
With compassion and grace and an aristocratic demeanor, he looked at Pradyumna and said,
“Is not a snake with a jewel on his hood even more dangerous than a snake without such a jewel?”
It was amazing.
—Rukmini
Excerpt from “Memories-Anecdotes of a Modern-Day Saint”
by Siddhanta das

When a bum named Robert knocked on the door of the New York temple (10 min. video)
The Way of the Material Mind

Kick the mind with a shoe one hundred times!

TOVP: Final preparations for the installation of the main…