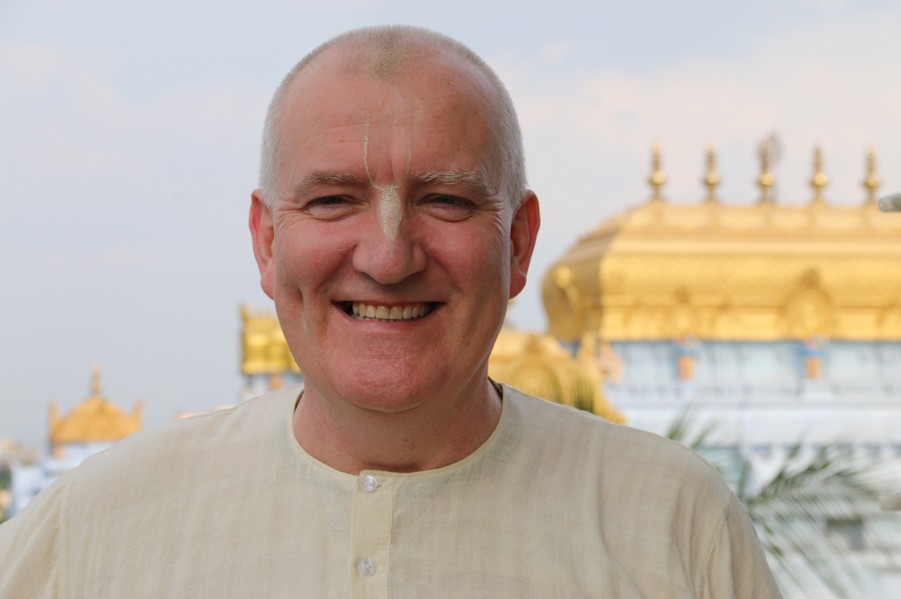 I recently heard a somewhat humorous exchange between two devotees. The first devotee in a mood of perhaps legitimate grumpiness said;

“Well if you’ve given your best years then you might as well give the rest of your years!”

This exchange is interesting for a number of reasons, not least because of the two apparent conflicting positions taken by the devotees quoted above.

One devotee is clearly feeling that having served ISKCON for many years, ISKCON has perhaps not reciprocated accordingly, while the other devotee seems to be taking the view that come what may, better that he stick to with ISKCON regardless of any real or imagined lack of reciprocation.

ISKCON is somewhat at a disadvantage, simply because it is an institution, although I’m not sure when history determined that institutions in and of themselves are negative. Still for sure some shudder to the bone at the very mention of institutions and in many ways that is the biggest challenge that faces those who find themselves charged with the service of maintaining the institution of ISKCON. It is no easy task to overcome the connection that is often made between institutions and how they apparently stifle individualism and encourage ‘group think’ etc.

Of course it is a challenge that cannot be shirked as ISKCON was Srila Prabhupada’s creation and he was clear that an organised institution was the most effective way of spreading Krsna consciousness:

“We have a mission to cultivate all over the world, we have to print and distribute books and open centers and train devotees, and we cannot do that unless we are very organized and efficient. If we are to conduct a mission to save the fallen souls, which is the desire of Lord Caitanya and the previous acaryas, then we have to organize the sankirtana movement very nicely”
GTA 9

Even though this seemingly innate resistance to institutions appears unrelenting, if we look more closely at society then institutions, parties, groups and organisations pervade the lives of almost all of us. Maybe it is a case of not being able to live with them or without them. In many respects it is not really surprising that we need groups, parties and institutions, as we tend to achieve much more when we work in unison. A lone protester outside parliament might satisfy their sense of achievement or well being, but other than getting chilled to the bone they generally achieve little else. Whereas a 100,000 strong march on parliament is likely to get the politicians shivering to the bone!

What to speak of team sports, we can only imagine how futile it would be to try to play the likes of cricket or football without a team. So whatever our particular slant, teams, groups, organisations etc., are a fact of life. Even though they are a fact of life, thus we are likely to find it tough to avoid them, as when we are born we automatically become a member of the most common group – the family, still in the ultimate issue we don’t have to be involved if we don’t want to be. Choosing not to be involved may not be as easy as it seems though. Once we choose to disconnect or sever ourselves from any given group the honourable thing to do is break all ties. Not that we remain attached to or expectant of the benefits of being involved after we have ceased our contribution to that group. Such a scenario brings to mind the ‘having your cake and eating it’ saying. While we may wonder what is the use of having a piece of cake and not being able to eat it as that is a pretty useless predicament, still we know from experience that generally in life you get out what you put in, in equal ratio. And that principle regardless of circumstance will, like water, find its own level.

There maybe different reasons as to why some seek the benefits of a group without contributing and some of those reasons may be more justifiable than others. The devotee quoted at the beginning who has obviously made a significant contribution, is surely more justified than somebody who is just a chancer merely trying to get something for nothing. Still even the devotee quoted has to make a decision to either continue contributing (as he was being encouraged to do by the response he got) or to reduce his expectations of what his rights and benefits are should he decide to stop contributing.

An even less desirable scenario is in addition to expecting rights and benefits when not contributing, one also maligns those who remain loyal and committed to the group concerned. It would be foolish to suggest that groups, parties or organisations do not have their shortcomings and faults, they do – big time but it is surely reasonable to suggest that those who remain active members of any given group are the ones who have the right to critique that particular group?

While any particular group or organisation may not be able to prevent such input from the ‘hurlers on the ditch’ indeed the group may even decide to take on board some of that input. Still the fact remains that playing the role of the hurler on the ditch is not the healthiest of occupations, materially or spiritually.

Often the default mentality of the hurler is – the group is misguided and I am not. Whether this is true (which is unlikely) the reality is that any group is fully entitled to make its own mistakes and learn from them accordingly. An outsider has no divine right to interfere.

So the very existence of groups, teams and organisations indicate that working co-operatively has many benefits, it also has it’s challenges, arguably the biggest challenge being the commitment to stay with the group come what may. There is little doubt that Srila Prabhupada had this challenge in mind when he uttered the prophetic words:

“Your love for me will be shown by how much you cooperate to keep this institution together after I am gone.”

But does this argument really need to be made? Is there really an onus on the institution of ISKCON to argue as to how it has or hasn’t fulfilled the mandate set it every moment of every day? The fact is that ISKCON as an established entity has its own system of governance and like any other organisation it is healthy for it to keep its membership informed, but as discussed before that membership is dependant on active and positive input. That will always be a pressing concern for ISKCON regardless of any external pressures.

As already stated external pressure will only have limited impact in the long run and it would be both more productive and more palatable if those involved in the application of external pressure also took responsibility internally.

So regardless of what organisation we commit to the balance of rights over responsibilities will naturally be there. In the context of Krsna consciousness if we are so dissatisfied with one organisation, then we are of course free to serve in another. The more entities and devotees that are dedicated to preaching the bhakti cult the better. And all such groups will flourish even more if all involved offer each other good wishes and respect and endeavour to resist any intrusion or interference in the affairs of others.

In all walks of life any given individuals contribution is vital, in spiritual life it is arguably more vital. All spiritual relationships are based on the principle of service and when we render service we attain unlimited rights – na paraye ‘ham. Service also provides us not only the right to make enquires but the authority to receive answers to those enquires. In that sense service is the key, without it we have nothing, with it we have everything, including the facility to air and get satisfactory answers to whatever concerns we may have. There is no better protection for a devotee than their service – ananyas cintayanto mam‘

Srila Prabhupada often cited the example of spots on the moon;

“The example is given that on the full moon there are some spots which may appear to be pockmarks. Still, the illumination spread by the full moon cannot be checked. Similarly, a little fault in the midst of volumes of devotional service is not at all to be counted as a fault.”
NoD 18

He also cited the example that as devotees we represent Krsna and the parampara, therefore we have a duty to walk the walk and if we are seen to act in ways that are not representative of the parampara then that will stand out like a black spot on a white sheet.

Service can protect us both from the temptation to exaggerate and highlight the spots on the moon of other devotees, as well as keeping at bay the black spots on the sheet of our heart.

The Divine Form
London Bridge Is Falling Down, My Fair Lady

17 Responses to “The Best Days of Our Lives”