Sankirtana Musings Or Praise Among Friends 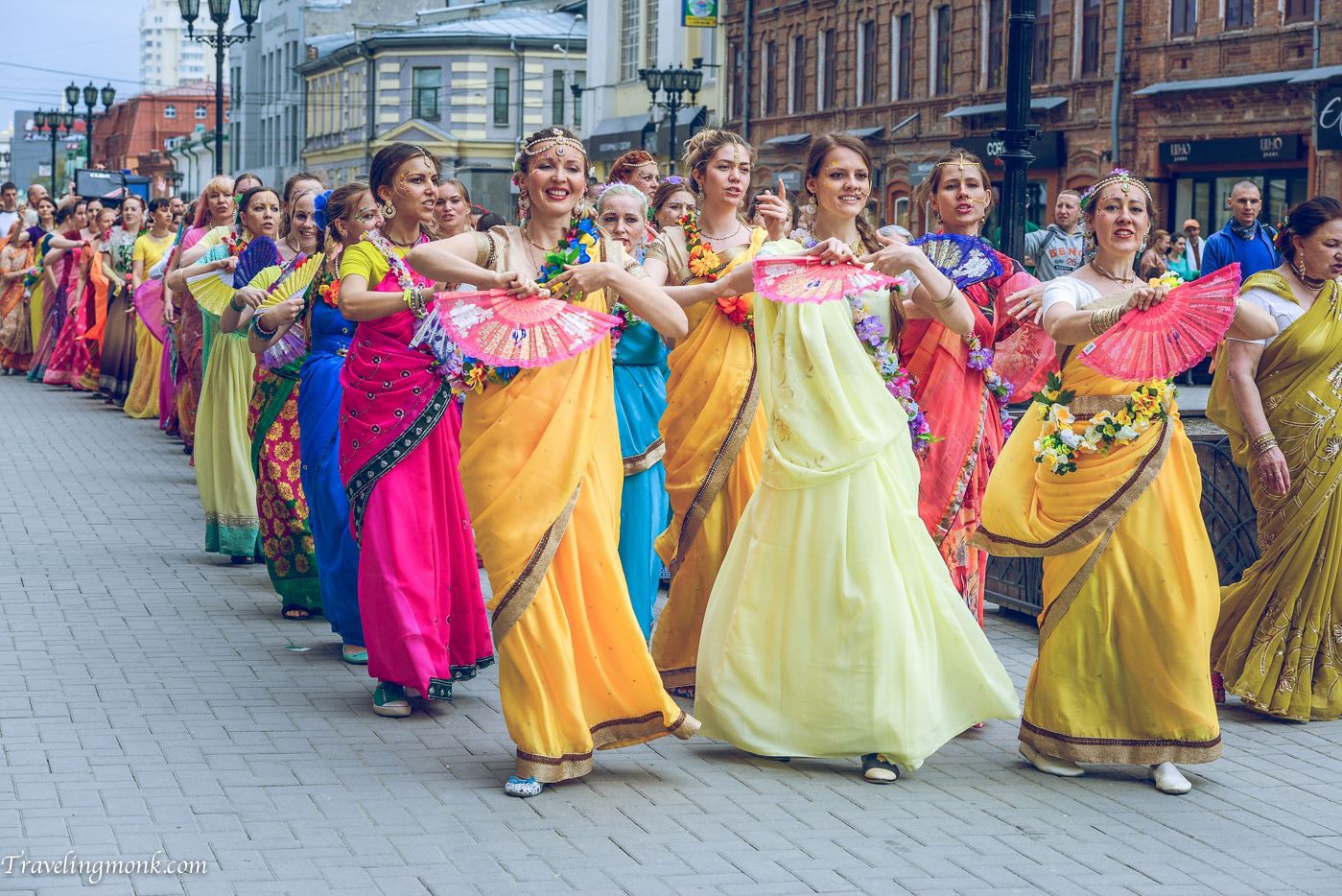 Associate editor for Back to Godhead Magazine and founding editor, The Journal of Vaishnava Studies

Today, when I think of Sankirtana—and by Sankirtana I mean the process in which men and women go out and distribute spiritual literature or prasadam to people in general—I must admit that my opinions about this singularly transcendent activity have come full circle.

Initially, as a young devotee, I saw Sankirtana as spiritual activity par excellence, and there is much scripture to support this conclusion. Then, as time went on, I became acquainted with the less savory aspects of the Sankirtana process: the competitiveness, the deceitfulness, the arrogance. Don’t misunderstand me—I knew that these unfortunate characteristics were not inherent in Sankirtana as such, but, be that as it may, it seemed that many a Sankirtana devotee got caught up in this whirlpool of one-upmanship, overtaken by qualities that are the very antithesis of the true Sankirtana mood. Of course, some devotees never allowed such qualities to emerge, and, for them, Sankirtana remains the pure activity it was meant to be. Even those who were given to “Sankirtana shortcomings,” however, are now finding it easier to bid adieu to their remaining bad habits, as there is a serious reform movement now in vogue among Sankirtana devotees.

And, so, I am back to revering Sankirtana, as I did in my youth. Today, I think of Sankirtana as an extension of Krishna’s pastime of “taxing the Gopis.” First expressed in Chandidasa’s Sri Krishna-kirtana and then in Rupa Gosvami’s Dana-keli-kaumudi, this story tells of when Srimati Radharani and Her girlfriends were carrying dairy products along a country path. Suddenly, Krishna appears out of nowhere and, pretending to be a revenue official, demands a “tax” for allowing the girls to pass. First He merely wants to tax them for their dairy goods, but then He decides to tax them for their beauty as well.

This scenario will conjure up a line that is familiar to the Sankirtana devotee—“the citation line”—wherein the devotee acts like he is giving a person a citation ticket for any number of reasons, not least for looking “too beautiful.”

When Radharani refuses to pay, Krishna proposes that She turn Herself over to Him in lieu of tax. Radha castigates Krishna for His boldness, but He assures Her that He is doing this, ultimately, as a service to Her—that His plan is to give Himself fully in return for Her tax. The Sankirtana devotee, too, is necessarily bold, trying to distribute books or prasadam for the other person’s benefit. And just as Krishna is trying to give Himself to the gopis in exchange for a certain “tax,” the Sankirtana devotee is trying to give Krishna to his interlocutor as well, in exchange for a slight remuneration.

The other Sankirtana scenario that comes to mind is the same one that I used to meditate on when I, as a Radha-Damodara TSKP boy, used to go out and distribute books to the masses. I kept two things in mind, which naturally led to a third: First, I tried to train myself to see Krishna in the hearts of all people. By doing this, I had hoped, I wouldn’t see my prospective book recipients as “a mark” but rather as spirit-soul, with Krishna residing in their hearts. Secondly, I saw myself as working for the Gaudiya Vaishnava Sampradaya, whose focus and life is Sri Radha. So what emerged is this: I was bringing Prabhupada’s books, carrying the Gaudiya message, into direct contact with these spirit-souls, who were carrying Krishna in their hearts. Therefore, when I would come and bring Prabhupada’s books into their lives, I would try to see that I was reuniting Radha and Krishna. This was my realization back then, and it is my realization today.

And yet I see the whole Sankirtana enterprise quite differently than I did as a youth. Sankirtan is not so much about giving a person a book or prasadam—or even about reuniting Radha and Krishna. It’s more about sharing Krishna consciousness. The distinction has tremendous implications. You can give someone a book and still be selfish. You can distribute tangible, visible forms of Krishna consciousness for all the wrong reasons. You might want to show how smart you are; you might be trying to convince yourself that you have something others do not; you might want praise among friends, or among the other devotees.

While this might be a good beginning – you are, after all, still distributing Krishna consciousness – it is an extremely neophyte spiritual position. Real Sankirtana must be infused with selflessness, with the intense desire to share the rich virtues of the Gaudiya Vaishnava tradition. Without this mood of giving, it is only a shadow of Sankirtana. I therefore recommend that all devotees cultivate an inner mood of giving – giving what we have been fortunate enough to receive, but, more, to give what we never had.

How can someone give what they don’t have? Simple: A devotee should feel that even though they have received the causeless mercy of their spiritual master, they do not take proper advantage of it. It’s there, but it remains untouched. It’s palpable, but it remains far away.

Still, because it has been given to us, we can give it to others. And our hope should be that the new recipients of this mercy will take it from us and bring it to places we cannot even begin to fathom. Indeed, in this sense, a devotee is like a parent, who provides the fundamentals of a good life for her child and hopes that thereby the child will lead a better life than she did.

In my own work, I have tried to share whatever I learned from Srila Prabhupada in a way that might benefit people today, hoping that their understanding of Krishna consciousness might eventually exceed my own (an easy goal, to be sure). The world has changed much since Prabhupada left us, some 25 years ago. Words are used differently, politically correct jargon affects the way in which people accept or reject ideas, historical trends impact on modern-day perceptions. Scholars and intellectuals have come a long way since Prabhupada was on the planet. In those days, Sanskrit scholarship and academic studies of Vaishnavism were in their infancy, and most people studying these things were Christian missionaries, with exclusivistic religious agendas.

Not so today. And so I have devoted my studies and customized my Sankirtana to address this new world order. I am happy to report that I get numerous letters from people saying that after reading my books, they now understand Prabhupada’s books a bit better. Others say that, after reading my work, they want to delve more deeply into the tradition. And so I direct them to Prabhupada’s work. In this way, I have tried to imbibe the true Sankirtana mood of selflessly serving others, by sharing what I know and trying to help people to go further. It is this kind of vision and selflessness that a true Sankirtana devotee feels. I pray that readers of this article will pray for me, that I may one day imbibe this mood more fully and thus go back to Godhead.

Hare Krishnas, all grown up

What Would You Do?

4 Comments to “ Sankirtana Musings Or Praise Among Friends”