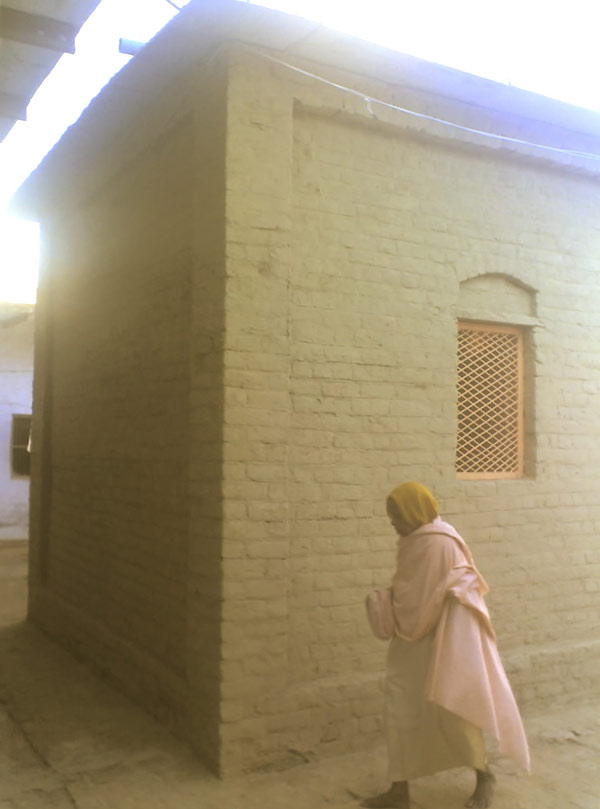 When I vistied Sri Vrnadavan Dham after Gaura Purnima I had a desire to go to Radha Kunda to have darshan a the samadhi of HH Bhakti Swarupa Damodara Goswami. I was only going to be there for one and a half days so I was wondering how I would manage it. I happened to see the car of my friend Dr Liladhar Gupta and found him on his way to that very place, so I joined him.

The Samadhi is in the compound of the Gopal temple al Radha Kund. From the front it appears to be a very small temple, but it is actually a very large compound.The brahmacari there told me the history of the temple

A former Manipur king (they are descendants from Pandava Arjuna) had Gopal appear to him in a dream. Gopal asked for a temple on the banks of Radha Kunda. He built the temple just on the corner of Radha Kunda, Gopala has a nice view of the entire pond and can see the sunrise. over Kadha Kunda. That King also provided the stone walking path upon which we circumambulate Radha Kunda.

A later king gave the temple to HH Bhakti Swarupa Damodara Goswami. Now his samadhi is in the back courtyard. It is a sublimely sattvic structure of bricks covered with cow dung… I was involved i n some managerial activities with Maharaja, and just before his departure we had had some disagreements. I was hoping that I could make some heartfelt apologies. I tried and count upon his merciful nature to excuse me.

I took some photos which are included here. I only had my hand phone camera so the quality is not as good as I would like it to be. But they are clear enough to give a good idea of the mood there.

When visiting Radha Kunda it is easy pass right by the Gopal Mandir since the front is very small. Please ask for the location and visit this sublime place. Everyone there knows the Manipura Mandira. 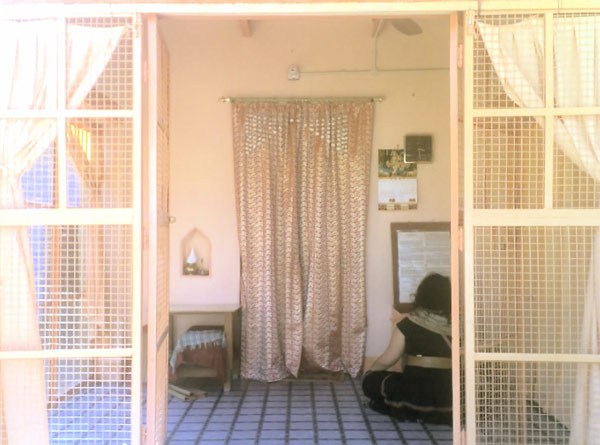 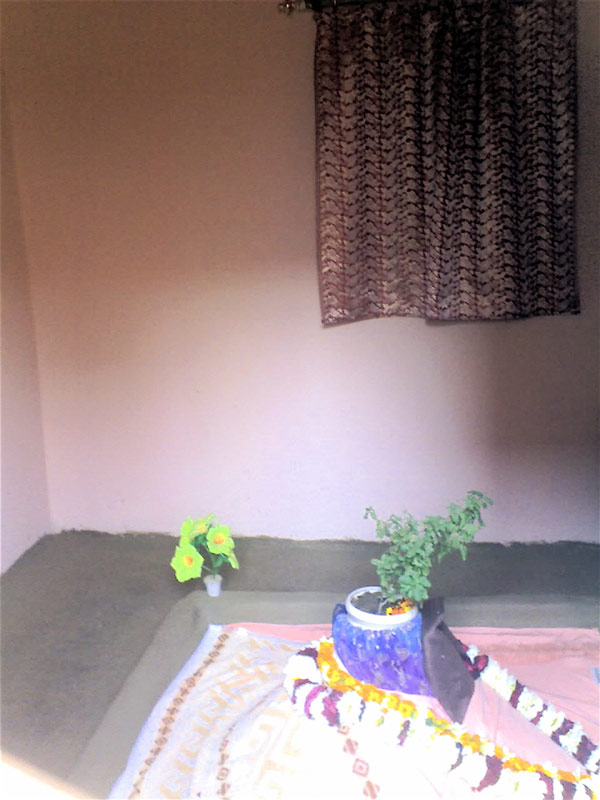 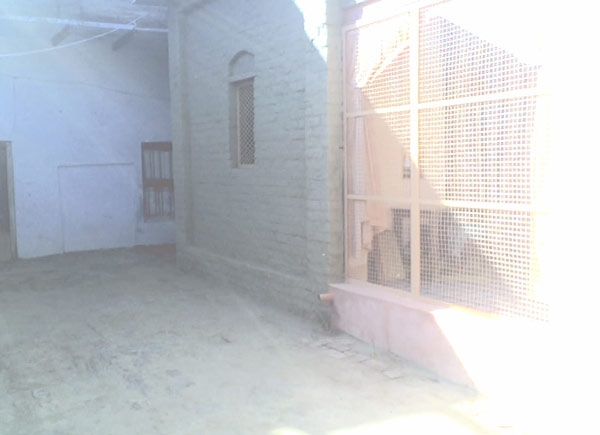