Time to be Dharmic 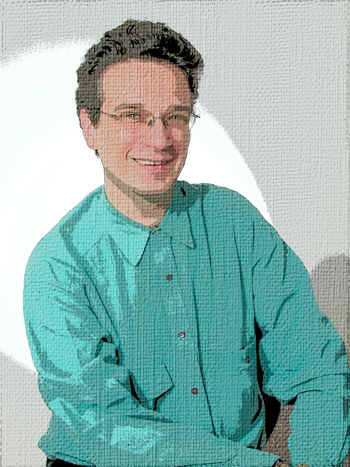 I should begin by stating that i do not usually express my views on websites, nor do I frequent them. Although I am a writer, as most of you know, and value the written word, I find cyberspace somewhat questionable, especially in the sense that here everyone — informed or not — has an equal voice, and discretion and quality are often conspicuous by their absence. Additionally, I do not usually get involved in political issues. My interests are Vaishnava history and philosophy, as my readers know.

But now to the point: I want to write a short article about a complicated issue. I do not presume to have all the answers, nor do I expect everyone to agree with me. But I do have something to say. As I read reports of Dhanurdhar Swami, Ananda, and the Gurukula debacle, I am deeply concerned — not only because of the gravity of recent events and the accusations of the past but for how it is being dealt with. It seems few people who post their opinions have read Dhanurdhar Swami’s case files and, perhaps worst of all, the “leadership” of ISKCON North America leaves a great deal to be desired — they are spectres who watch from afar, knowing truths that they keep to themselves. I can only hope that they are formulating a response as I write these words.

I am shocked that not one of them has come to the fore (with the exception of Jayadvaita Swami), explaining that Dhanurdhar Maharaja was already taken to task for his past misdeeds, and that he has paid his dues. They do not reveal their extensive case files, elaborate research, and conclusive findings. Moreover, they neglect to mention that the swami has complied with their reprimands. Apropos of this, they should now come forward to reveal all that they know, beyond hearsay or the dim memories of young minds whose ability to reconstruct history might be a bit compromised, as the evidence shows.

But my main concern is not the above. It is, rather, the poor logic demonstrated in the heartfelt but uninformed reactions to the Ananda tragedy and its implications. Most of the articles I have read seem to say that if someone has actually performed the horrible acts that Dhanurdhar Swami is accused of (and, again, the case files should be studied to know for sure…), then such a person should step down from positions of leadership; they should not be sannyasis or gurus. Where does this logic come from? Is it sastric, or is it sentimental? Indeed, who is not a sinner before coming to Krishna consciousness? And even then, does it not generally take many years to reach maturity in devotional service? If one has seriously taken to the process of Krishna consciousness, shouldn’t he or she be forgiven for the iniquities of the past, especially if he has made amends?

Thus, responses asking for the swami to step down do not take into account two very important principles of Vaishnavism:

(1) The transformative power of bhakti.

That is to say, even if Dhanurdhar Swami is accurately portrayed in these incidents, has he reformed? This is the question. If he has, then why ask him to step down? And why speak of his child abuse in the present tense, as 90% of the recent on-line articles do? Time marches on, and with it, hopefully, we advance in Krishna consciousness. Let us understand that the terms Kripa-siddha and Sadhana-siddha imply a past that was less than perfect.

Consider Jagai and Madhai, whose infractions were every bit as bad as Dhanurdhar Swami’s (and certainly much worse). What does our tradition teach us about them? The two wayward brothers were not only forgiven by Nityananda Prabhu, but they became great leaders in the Gaudiya Vaishnava movement. Important to note: Srila Prabhupada explains that they were already brahmanas when they began their wayward activities, which would make their case even more analogous to that of Dhanurdhar Swami. They were already highly regarded religious people, and their community expected them to behave in a first-class manner. But their horrendous ways became the stuff of history.

As a result of chanting, however — and the mercy of Nityananda Prabhu
— they were elevated to the status of leading devotees, and their memories and tombs are honored to this day. (See Cc Adi 10.120, purport)

Or consider the many mayavadis of Chaitanya-lila, like Prakashananda Sarasvati, or Bilvamangala Thaur, who, by the grace of the Lord, became leading devotees. (Mayavadis are considered the “greatest” offenders at Lord Krishna’s feet.) Tirumangai Alvar was a lowly robber, whose nefarious activities are well documented in Sri Vaishnava tradition. Yet he was gradually accepted as one of the patriarchs of that lineage.

Another example is Kala Krishnadas, Mahaprabhu’s personal servant while touring South India and Bengal. He actually left the Lord’s service, allured by the gypsy-like Bhattaharis in the villages of South India. Mahaprabhu not only forgave him but personally brought him back to the path of devotional service — he didn’t force him away from the association of devotees or demote him in some dishonorable way. This is instructive. Even later, when Mahaprabhu decided to strip Kala Krishnadas of his personal service, the devotees, in their compassion, gave him an equally wonderful service — to tell Sachimata and the other devotees of Bengal about Mahaprabhu’s adventures. Prabhupada makes the point in his purport (Cc Madhya 10, Verse 67) that devotees are even more merciful than the Lord. If a person commits a terrible offense, the Lord may be hard on him, but the Vaishnavas will always forgive.

Certainly, if Dhanurdhar Swami has truly reformed (any GBC men care to step in at this point?), then he can be honored as a leading Vaishnava, and he is worthy of our compassion, which brings me to the second principle in Vaishnavism:

(2) Compassion and the ability to forgive.

Mahaprabhu’s hardest stance to the contrary was in His interaction with Chota Haridas, but this is an easily explainable exception, meant to instruct Vaishnavas in the importance of chastity among sannyasis. Otherwise, forgiveness and compassion is the lesson we learn from our Vaishnava tradition. If, indeed, Dhanurdhar Swami has complied with GBC mandates for his rectification, and if he has shown proper remorse and strict adherence to Vaishnava practice, he may certainly take his place at the side of leading devotees who are so honored in our society.
(Again, the GBC investigators of his case will know for sure, and they should step forward and speak their minds.) I say this knowing that I will be criticized for proposing a charitable response to someone who has become persona non grata in our society. But I have personally known the swami for over 20 years, and he is not the person depicted in recent articles — he may have been such a person at one time (though even this is doubtful), but he is now a pukka Vaishnava without question.

Two related points may be of consequence here as well: (a) Compassion for the swami’s disciples; and (b) compassion for the abused gurukulis who suffered greatly under the swami’s leadership. Let us briefly look at these two categories. How the movement’s leaders deal with the entire Dhanurdhar Swami situation will resonate loudly for years to come — it will be precedent setting. The swami’s dependents, disciples, well-wishers and friends will all be watching closely, and their spiritual allegiances and future in devotional service may well hang in the balance. All would agree that, given the allegations, he should never again be given the service of being in charge of a school. But that hasn’t been his service for years anyway. Rather, he studies, travels, preaches, and inspires others in Krishna consciousness. And he does this well — there are numerous personalities that have, in recent years, benefitted from his association. Should their inspiration be compromised because of mistakes long passed?

And what of the “victims” of Dhanurdhar Swami’s past? Surely, they were already well considered when the swami was first taken to task for his alleged infractions, when he was made to pay the price he paid. And, by the way, has any other convicted ISKCON leader gone to the lengths Dhanurdhar Swami went through to make things right? Raising money, apologizing, and touring the world to help the gurukulis far and wide? We should know his work as a penitent soul before crucifying him. The GBC rightly saw to it that Dhanurdhar Swami did what he had to do. But that, as they say, should have been the end of that. He should not be tried again for a “crime” that he was already tried for– and for which he paid his dues. The GBC’s integrity will now be shown by their support of Dhanurdhar Swami. Otherwise, he was foolish to comply with their justice system. Now it is time to be dharmic, and to stand behind Dhanurdhar Swami, who has certainly shown his dedication to the institution.

Please do not judge me too harshly for stating what’s on my mind, even if it may not conform to popular opinion. I wish only harmony and happiness for the association of Vaishnavas.

Impartial We Stand Biased We Fall