The Glories of Brahmacarya 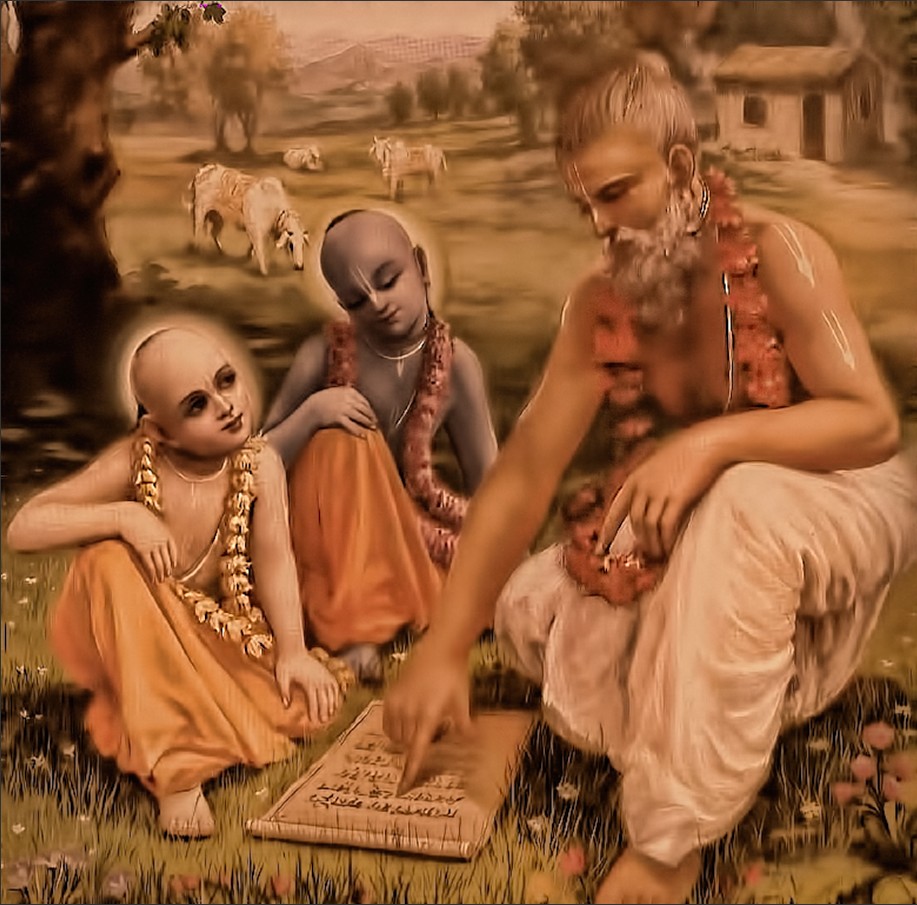 I have seen time and again how devotees who have undergone brahmacari training, and who later take up the reins of householder life, enter the workplace with skills far above those of the average man or woman. It is not that the skills and mentality of the devotional training have no value in the work theatre. On the contrary, the training as given by A.C. Bhaktivedanta Swami Srila Prabhupada raises the devotee to a level above that of others.

The first thing that a brahmacari must do is exercise self-discipline, as according to the Iskcon temple standards. They must rise early, even though the mind may prefer to stay down for the count. This is no easy matter, especially for teenagers or younger people. They thus learn to rise to the ocassion, to do the needful, even if it initially is unpleasant They learn to stave off sense gratification for the sake of a higher goal. The brahmacari thus learns that some things are worth sacrificing for, and this becomes part of his or her mind-set.

Even in regards to a simpler matter, the mind also learns internal time-keeping, such that, even without an alarm, after a while, many automatically rise at just the right time. They learn this skill from our scheduled Iskcon activities.

The brahmacari learns to appreciate the value of putting first and foremost attention on matters of the spirit, and thus the values are properly aligned. In later years, this translates into the ability to seperate things which are important from those which can wait, or should be neglected. This disciminatory ability serves the devotee well in all walks of life, and establishes the devotees as men of higher values.

One learns to clear the mind and to focus on transcendental matters, and to thus be attentive; skills necessary for success in any program of studies or field of work. These skills are derived from paying attention in class, and staying attentive for the full morning program, all for the sake of developing bhakti. One further learns to direct the mind towards the goals of the day, a valuable lesson for anyone, and a skill often hard to attain for those with no such training. Many persons in the work world complain that their minds wander, or that their values become lost in the competitive marketplace.

Self-sacrifice for the cause instills virtue and honesty. Without these, a man cannot be said to have any good character, whether here or in the marketplace. Dedicated people find themselves ahead in the competitions of life. As well, the renunciant learns not to be envious of others’ so-called wealth. Thus, the individual becomes a loyal and dedicated employee, or manager, who is honest and self-motivated.

Devotees learn to memorize and improve their reading skills. In university, should they go to that, or in any competitive marketplace, knowledge and the ability to remember and to read with a discerning eye, are essentials. Sorting out the chaff from the grain is also important.

The brahmacari learns how to control the genitals and the urges of ego by dint of a higher knowledge and taste. This benefits society in general, and elevates the practitioner to that of the wise and self-controlled. Such a person is unlikely to get in trouble with the law over sexual criminality or become addiced to anti-social sexual activities.

The high standards of cleanliness are unsurpassed. This cleanliness goes a long way in the world, and is respected by others.

The brahmacari learns how to get along with others, how to be merciful, how to be organized, how to be humble, how to serve others, how to have faith and devotion to Godhead…the list goes on and on. I hope that others may have some attributes to add to this short list.

Brahmacaris learn to tolerate, sleeping on floors, having only a few necessary clothings and possessions, etc. This austerity means that they can be happy anywhere, despite material circumstances. They learn a higher taste that will carry them through many of the difficulties that the world tosses out to us. The brahmacari learns a transcendental set of values that are not dependent upon material circumstances, and thus the individual becomes steady even in the face of some adversity.

Thus, certainly there is no loss or diminution as a result of bhakti yoga practice as a youth. On the contrary, valuable mental skills and standards are learned which will never leave the individual, but will be helpful even in grhasta life.

Time and Again
Francis the “Prasadam bhakta”. Shastrakrit Das: This...

2 Comments to “ The Glories of Brahmacarya”