Timings of the Four Yugas: The Shastric Evidence 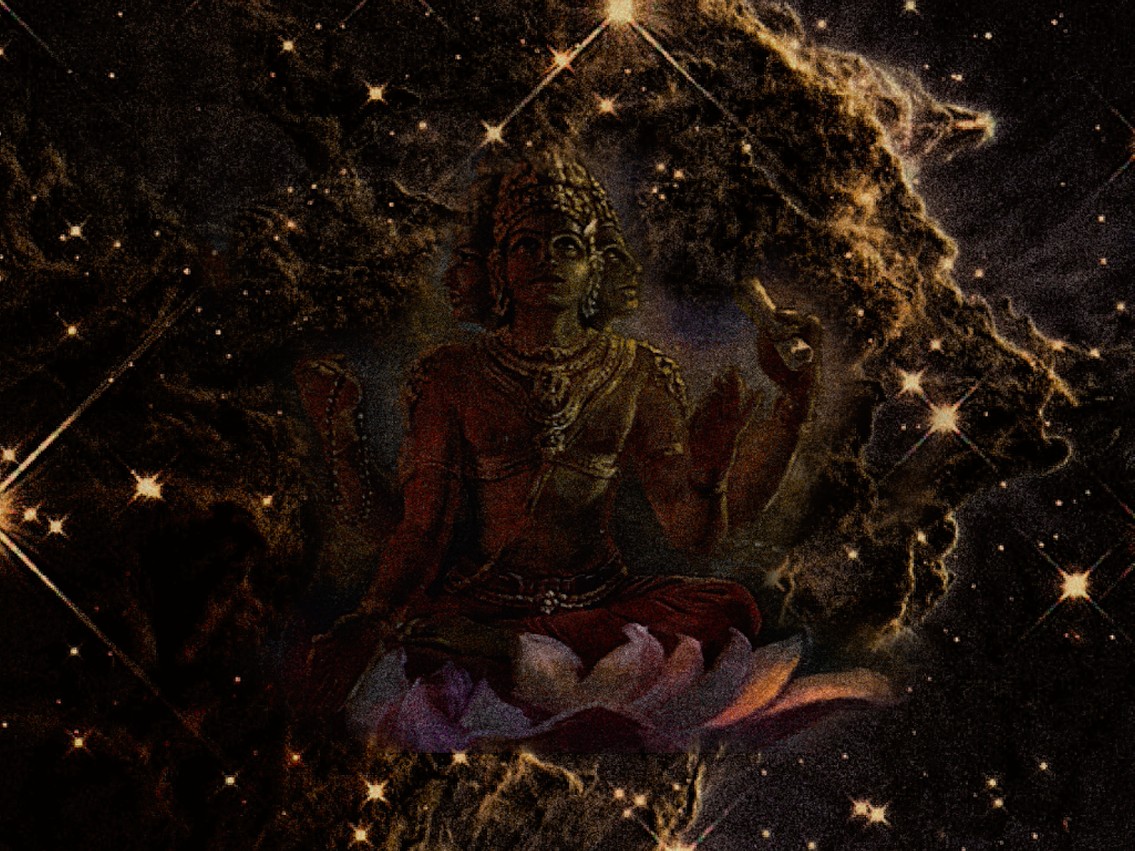 When describing the length of the yugas or ages, and which yuga we are in and how far along we are in it, there is sometimes confusion about how to calculate them. Some people think we are already in the next Satya-yuga, known as the Golden Age. The problem is when the yugas are figured only according to the years in earth’s time, in which case any calculations will never be accurate. They are described in the Vedic literature according to the celestial years, or years of the devas, not according to the time we experience here on earth. This is where we have to make adjustments. Nonetheless, there are specific references in the Vedic texts which make it clear how to calculate them. For starters, the Mahabharata (Shanti Parva, 231.12-20) explains it in detail:

“The rishis, measuring time, have given particular names to particular portions [of time]. Five and ten winks of the eye make what is called a Kastha. Thirty Kasthas make what is called a Kala. Thirty Kalas, with the tenth part of a Kala, make a Muhurta. Thirty Muhurtas make one day and night. Thirty days and nights form a month, and twelve months form a year. Persons well-read in mathematical science say that a year is made up of two solar motions, meaning the northern and southern. The sun makes the day and night for men. The night is for the sleep of all living creatures, and the day is for work. A month of human beings is equal to a day and night of the departed manes [ancestors who have gone on to the subtle worlds]. That division consists in this: the light half of the month is their day which is for work; and the dark fortnight is their night for sleep. A year (of men) is equal to a day and night to the gods [devas or celestials]. This division consists in this: the half year for which the sun travels from the vernal to the autumnal equinox is the day of the gods, and the half year for which the sun moves from the latter to the former is their night. [Thus, an earth year is but a day for the devas.] Calculating by the days and nights of human beings about which I have told you, I shall speak of the day and night of Brahma and his years also. I shall, in their order, tell you the number of years, that are for different purposes calculated differently, in the Krita, the Treta, the Dvapara, and the Kali Yugas. Four thousand celestial years is the duration of the first or Krita age. The morning of that cycle consists of four hundred years and its evening is of four hundred years. [Note: This says celestial years, or years of the demigods on the higher planets. Such years are much longer than those of planet earth. So 4000 celestial years, with the morning or Sandhya of 400 celestial years and the evening or Sandhyansa, or intermediate period, of another 400 years, equals 4800 celestial years or 1,728,000 human years.]

“Regarding the other cycles, the duration of each gradually decreases by a quarter in respect of both the principal period with the minor portion and the conjoining portion itself. These periods always keep up the never-ending and eternal worlds. They who know Brahma, O child, regard this as Immutable Brahma.” (Mb, Shanti Parva, Chap.231, Text 21-22)

This means that as each age appears, from the Krita, Treta, Dvapara to Kali, each yuga decreases by a quarter of the previous yuga, in addition to the conjoining Sandhya and Sandhyansa periods with each yuga. In this way, it is roughly calculated that a whole cycle of the four yugas, namely Krita, Treta, Dvapara and Kali-yuga together, total about 12,000 celestial years in length.

The Mahabharata (Shanti Parva, 231.29-32) continues: “The learned say that these 12,000 celestial years form what is called a cycle. A thousand such cycles form a single day of Brahma. The same is the duration of Brahma’s night. With the beginning of Brahma’s day the universal entities come into being. During the period of universal dissolution the Creator sleeps in Yoga-meditation. When the period of sleep expires, He awakes. What is Brahma’s day covers a thousand such cycles. His night also covers a thousand similar cycles. They who know this are said to know the day and the night. On the expiry of His night, Brahma, waking up, modifies the indestructible intelligence by causing it to be overlaid with ignorance. He then causes Consciousness to spring up, whence it originates Mind which is at one with the Manifest.”

However, when explaining the various measurements of time, the Vishnu Purana (Book One, Chapter Three) and the Srimad-Bhagavatam (3.11.19), along with the Bhagavad-gita (8.17) and the Vayu Purana (Chapter 57) and others, such as the Mahabharata as quoted above, all agree on the measurements of the durations of the yugas, as explained below.

It is also explained that Kali-yuga began with the disappearance of Lord Krishna from the planet. This has been calculated to be 3102 B.C.. Since Kali-yuga is described as being 432,000 earth years in length, with 5,000 years and more already passed, then the age of Kali-yuga has approximately 426,000 more years to go. I hope this has clarified what is sometimes a confusing issue.

The Extra Plants
A genuine alternative to modern misconceptions of God

In regards with the preaching efforts in Iraq

3 Comments to “ Timings of the Four Yugas: The Shastric Evidence”