I am not these senses… 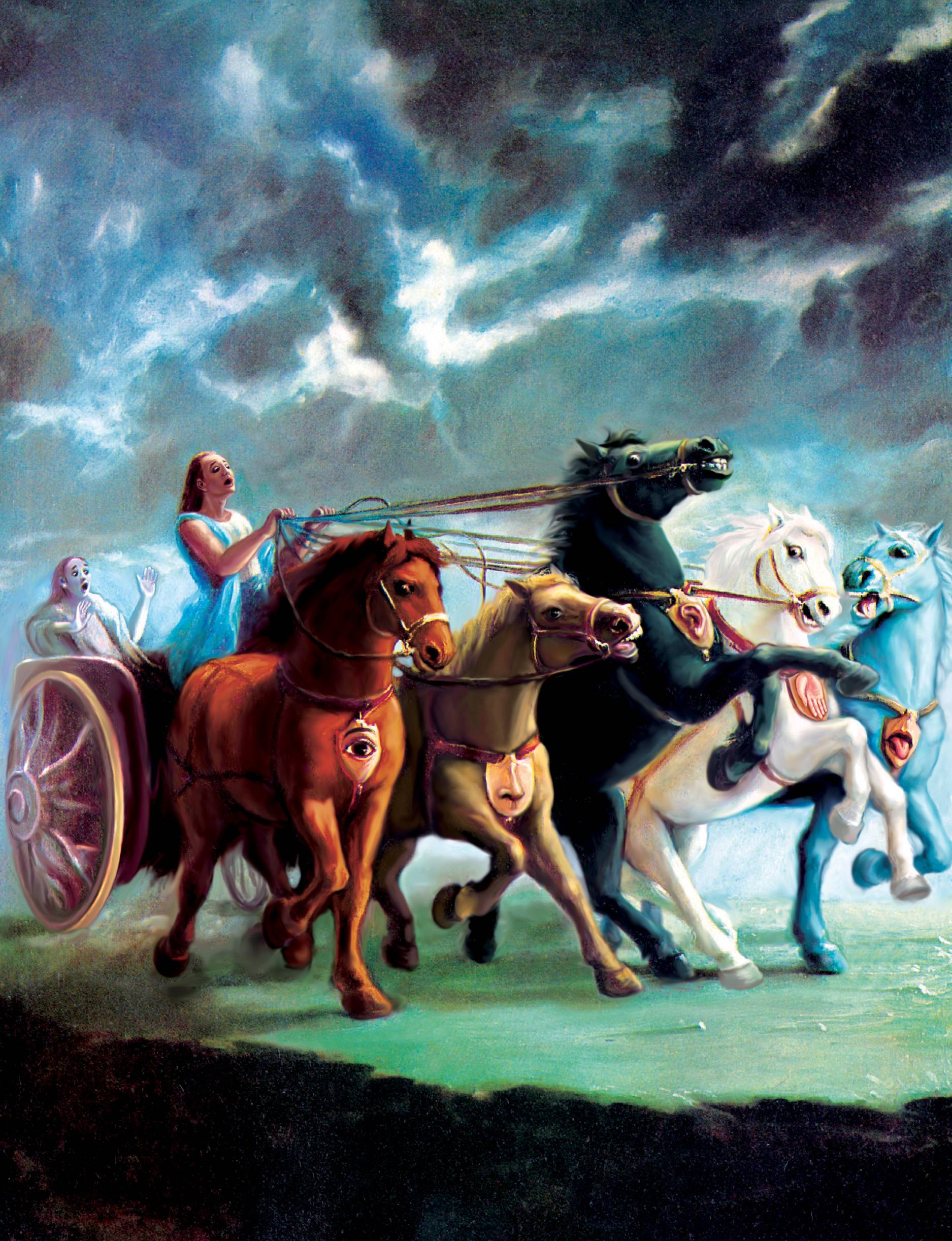 The self has an unlimited capacity to sense, being sat-cit-ananda. These sensations are limited or defined by the body being inhabited. For example, the human body senses light energies across a spectrum that we interpret as red orange yellow green blue indigo violet. Above violet in energy, is ultraviolet, which is not detected by the human eye. Similarly, energies below this light spectrum include infra-red, which again is not visually sensed. Yet we know that these energies are there, because higher authorities have informed us. Thus, the body zeroes in on certain energies, and responds only to those which have been selected by the in-born hardware, the human eye, nerves, and processor called the brain.

We hear sound from roughly 50 cycles per second up to roughly 20, 000. In many cases, the capacity to hear higher-pitch tones diminishes as we age. Yet, if we put a hearing aid into the ear, the extra gain in amplitude enables us to again hear those frequencies. The point being, the capacity to hear remains, but the body’s ability to deliver the sensation may change. The experiencer, the self, continues to have the capacity, and does not change, even if the body cannot deliver adequate stimulation to the sensory capacities. Thus, we are not actually the sensations which we experience, but we are the experiencer. The body provides information, but it is partial, imperfect, and interpreted according to the idea of who is the self.

A new-born child also has the capacity to hear and learn to speak, as an inborn commodity. Given a series of ear infections, the sound signals necessary to stimulate development of language skills may not be experienced by the formative brain. With appropriate treatment, the child will hear, and speech and language can develop. This demonstrates that the self has natural capacities which may or may not be fulfilled by the physical structure, but the capacity to sense and be aware is an integral part of the self, separate from the body, which merely delivers, or not, the sensations to the body and thence to the receptive self.

For example, please try the following experiment; touch something around you made of cloth. Next, touch something around you made of metal. Does the metal feel colder than the cloth? Most will say yes. In reality, the objects around you all have exactly the same temperature! The human fingers sense energy transfer, not temperature! The dense metal atoms draw heat readily, while cloth does not transfer heat quickly, so we experience the cloth as warmer, and the metal as colder. This is an instance of misunderstanding the senses, due to a poor fund of knowledge.

Similarly, physiological psychologists know that there is a dead spot in the center of the visual field. Examining the human retina, we find that a nerve bundle enters the area of the retina at roughly the center, leaving a modest spot that cannot sense any light at all.

Yet, if you look, you will not experience any spot that has no vision unless you know how to reveal this dead area. The brain simply fills in the dead area with an appropriate color, etc. to make the visual field complete, even though there is actually no vision for that area! This is an instance of the illusion of completeness of sensation, even though there is actually no sensation.

Similarly, the brain can fill in gaps of auditory information. For example, a hearing impaired person may not actually hear the “s” sound, due to high frequency hearing loss, but in the following sentence, the meaning is still understood,” There is lots of snow on the ground”. The person knows that there is snow, because within the context of English, even if they can’t actually hear the “s”, and the sentence sounds to them like, ” There is lot- of -now on the ground”, the brain fills in the gaps according to what makes sense within the language context and the particulars of the location. A person from a warm country might never guess that the word snow is there, as they have no such experience of snow or the word to describe it. This illustrates that our conditioned learning directly effects our interpretation of, and the meaning to us, of the world around us. Again, our senses themselves are limited, then in turn we are further subject to errors or “cheating”.

Even our daily communications are imperfect. As described in our previous article, Easy Travel to Other Times, the linear time factor enters and contaminates our experiences. For example, person “A” speaks, the sound then has to travel across space to reach our external ear, the energy is then transformed into mechanical energy at the bones of the middle ear, called ossicles, which act as a lever amplifier of the sound waves which reached them. Next, this energy is transformed into electro-physiologic energy in the form of nerve transmissions which go to the various processing and ultimately higher processing language centers of the brain, and we then have an understanding. This process takes a few milliseconds, such that there is no direct communication. Everything is interpreted and processed by physical systems within the realm of time. Thus, we see that even at the molecular level, material time separates us from direct knowledge the process and reactions are all contaminated by material time. This is symptomatic of our trapped conditioned experience within the physical body.

Along this line of thinking, we pause to consider the muscles and ability to balance and move. When one muscle set tightens to perform a desired action, another reciprocal and opposite set of muscles must simultaneously relax to enable the action. When you flex your biceps, for example, the triceps muscles must relax to enable the motion. This is a very finely tuned homeostatic affair, regulated by sensors in the tendons and muscles which we are not consciously aware of, then acted upon by nerves in the spinal column; not necessarily by upper mental desire. For example, in touch with a burning cinder, the muscles react to pull the body away without any conscious thought required. This function is one of the Supersoul, as it were. Thus, we constantly accept service from higher powers, or as arranged by higher powers. We are in the position of taking service, but how much service do we give back?

We are constantly accepting service from the Supreme Controller. When we will instead try to serve that Being, everything changes. The false ego blows away bit by bit, like shreds of a tattered flag in the wind, having no more support from the mechanisms of false ego, and our lives are transformed. We are no longer bewildered by sensory data, but instead take knowledge from a perfect source directly via the disciplic succession and the Lord within the heart. That constant refreshing wind of knowledge, born from hearing rightly from the liberated soul, establishes our purified eternal loving servitor relationship with Sri Krsna. This knowledge frees us from bondage of misunderstanding. The real self is a spark of passionate awareness and sensory capacity, beyond the mere physical expression of our karma, called the body. The karma-body is but a limited material-time-bound expression of our spiritual status. Let us awaken our spiritual understanding.

“If You Want To Play, You’ve Got To Pay”

The importance of reading