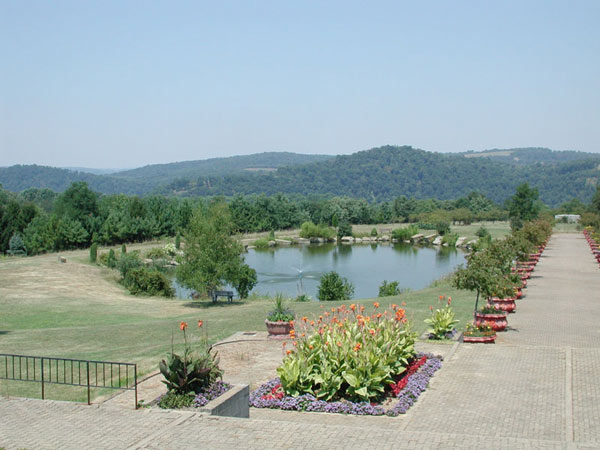 As part of their ongoing effort to develop a strategic blueprint for ISKCON’s future, the full GBC body gathered at the New Vrndavana community surrounded by the beautiful Appalachian hills of West Virginia.

The first session of the first day commenced with a reconfirmation from the body that notwithstanding their other duties and services, they recommit to the task of completing the above mentioned blueprint. While the body did confirm its dedication to this process, they also clearly recognized the need to include other ISKCON members in this important work.

Following that reconfirmation each committee chairperson from the six committees established at the first of these extra curricular GBC meeting in Italy last October, gave a report of their committees progress.

Just to recap – those six committees are:

There were varying degrees of progress achieved since the last GBC meeting in Mayapur, this progress was reported by the different groups to the plenary body. Probably the most comprehensive progress achieved to date was from the committee dealing with the constitution. That said, significant work has been done by all the groups and the overall mood was that a lot has been done but there’s a lot more to do.

In the afternoon the committees met separately to collate all the work done to date and to set targets for their future efforts, ultimately bringing their work to completion.

Day two began with the committees again meeting separately to continue their deliberations. In the afternoon there was a plenary session and some of the committees reported back to the plenary, while also seeking feedback and direction from the body.

The constitution committee took the lions share of that plenary time, and it is becoming very evident that drafting a constitution is a huge body of work. The core committee will be co-opting other members (this process has already begun) and will also be consulting far and wide for input and feedback on their work.

It was also clear from their report that they are delving deeply into all aspects that a constitution needs to cover. While the desire is to produce a ‘user-friendly’ document, it is pretty obvious that in addition to the user friendly document there will need to be a considerable set of back up documents to explain in detail all the issues dealt with in the core document.

Establishing a culture of equal opportunity and a level playing field, while maintaining the natural system of vaisnava etiquette and spiritual authority
Defining all the different categories of membership
Defining both the financial accountability of members and the authority of members to raise funds on behalf of the society

We then had a report from the Parallel Lines of Authority committee who also raised questions that were closely connected to constitutional issues. In particular the issue of the potential conflict between financial accountability/reporting and the Vedic tradition of brahmanas begging alms

The session concluded with a sweet kirtan