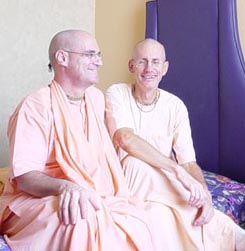 The symptoms of emotional dependency differ from person to person and may include depression, anxiety, anger, backaches, headaches, heartaches, regressive traits, over dependence, violence, etc.

In addition one may be emotionally dependent upon an institution and the institutional paradigms may foster this understanding.

In a hierarchical institution there is a greater predominance of emotional bondage.

In a position of authority one assumes responsibility for persons under him/her in the hierarchy. This is a paternal situation. When the subordinate person does not live up to the authorities’ expectations, the authority experiences it as his personal failing in much the same way as a parent experiences the failures of the minor child. He feels like a complete failure.

Between the parent and minor child this dynamic may be useful for some time, but between two adults it leads to many mental and physical repercussions for the authority figure as well as the person who is being cared for.

If the authority has dominion over multiple living entities and maintains his attitude that he is responsible in every which way (mostly for things completely outside of his control), the authority may eventually become exhausted and even sick because he is carrying the emotional burden of guilt and unhealthy caring.

The dependent also may go through various stages. Many people are very enthusiastic to enter into a relationship where they will be cared for in ways that only a child should be. It takes great strength of character to be independently thoughtful as Srila Prabhupada wanted us to be.

…Krishna Consciousness Movement is for training men to be independently thoughtful…Prabhupada’s Letter to: Karandhara — Bombay 22 December, 1972

Even though being cared for inappropriately may feel “warm and fuzzy” to one at first, ultimately it leads to dysfunctionality as one loses his self esteem and self confidence. In fact one may say that a vital part of his being atrophies.

This is evidenced by the presence of many persons who are negative towards ISKCON and its authorities. Their negativity exceeds the boundaries of “normal” emotional functioning because of their extreme bitterness and disappointment with ISKCON as they were not cared for as the institution and its representatives implicitly promised.

Thus in the name of helping ISKCON they in fact may be venting their own emotional frustrations.

To deal with this challenge we need to clearly redefine the relationship between the authority figure and the dependent. The authority figure (or institution) should not implicitly or explicitly promise to fulfill all the needs of the person. Better to assume a position of facilitator; that is to help one understand how to fulfill his own needs by being an autonomous human being.

This may be a hard nut to crack, as one may think that the effective and efficient functioning of a religious society depends upon obedience. One may feel that if we take this stance, our society and the individuals in position may lose all their assets (people, money, etc).

My experience is the opposite however. When people are encouraged to develop their individuality and serve joyfully not because they have to, they function at a higher level of efficiency and because of their joyfulness more and more people will be attracted by their joyfulness to render voluntary service.

People will use their imagination more and come up with more and more dynamic ways to share Krishna consciousness with others.

There may be emotional objections too as some may be addicted to the adulation of followers, and the acquiring of more and more obsequious followers. Of course we do know that Lord Caitanya cautioned us about this in His Siksastaka.

A change of paradigm is required in order to achieve emotional freedom for all levels of society. When we undergo this change of paradigm it will be as if a great weight has been lifted from our shoulders. It will require a lot of strength though for people to take responsibility for their own lives and for the authorities to not succumb to various temptations to control people’s lives.