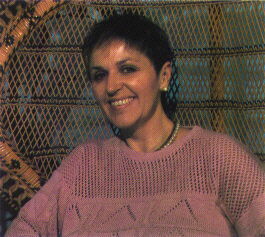 I may not be the only devotee who wondered what to do with leftover rice prasadam. For years, I have been in a quandary—should it be refrigerated and then served cold the next day?; or should it be refrigerated and reheated the next day?; or something else?
I finally decided to put the question to our revered Godsister Sri Yamuna devi dasi, the queen of prasadam cooking. Her answer is below:

As you know, Srila Prabhupada instructed his personal cooks to prepare his rice last in his lunch meal, it was to be finished minutes before he was ready to respect it.

Early on he mentioned to me that he considered rice that sat even 15 minutes after it was cooked—“baasi chaval,” or stale.
Amazing standard, huh?

Further, he instructed on a few occasions—do not re-heat rice.
Still in some circumstances, I have re-cycled offered-cooked-refrigerated
rice it into another preparation made from excess prasad.
Do that instead of throwing offered dishes away.

Most often re-cycle offered, refrigerated rice by mixing it into a salad without
reheating the rice.
It can be a chilled or room temperature salad.
I do this quite often.

One way to use room temp or chilled rice is to make a South Indian dish
called Dadhodana—a dish of ancient repose made with cooked rice, yogurt and
just about anything—classically shredded green mango, cucumber, even
banana—with an added chaunk. It can be made with virtually any shredded
raw or cooked vegetable.

room temperature or chilled cooked basmati rice
drained diced fresh pineapple
currants,
whipped cream (alternately thick yogurt)
ground cinnamon, cardamom and cloves as desired
then: white sugar, as desired, (now I use organic unrefined cane sugar)
pinch of salt and black pepper
all mixed together to a soft mass, then garnished with slivered toasted
almonds.
This dished was a winner and frequently made on Vaishnava holidays,
weddings, and other festive occasions.

There are likely many answers you would get to your question.
This is just one.
Hope it is of use to you.

Reproduced with permission from Yamuna devi.