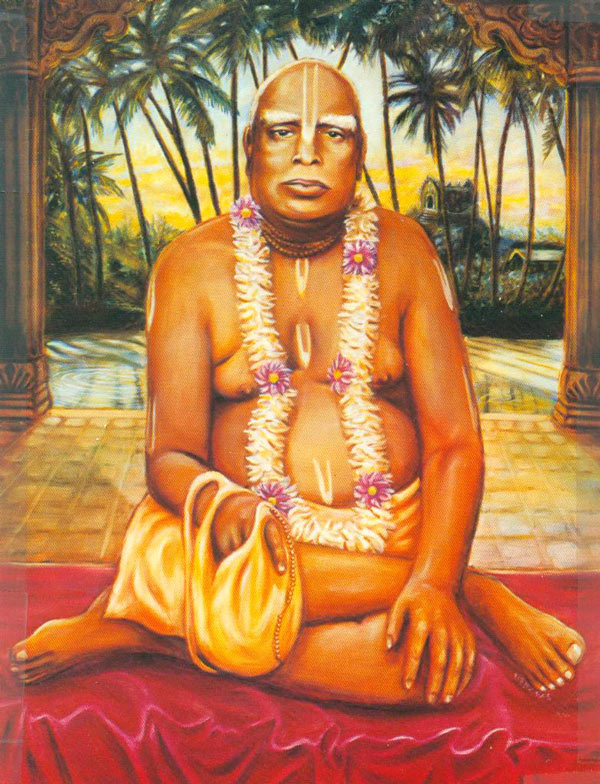 Lecture given by HH Tamal Krishna Goswami on 11th July 1991 in Dallas.

We cannot calculate the debt which we owe to Srila Bhaktivinoda Thakura Practically this Krishna consciousness movement is based upon his design because it is he who revived the mission of Sri Chaitanya Mahaprabhu and who gave it a modern outlook towards expanding the preaching mission worldwide.

As Srila Jiva Goswami organized the preachers after the departure of Sri Chaitanya Mahaprabhu, so Srila Bhaktivinoda Thakura personally himself and through others organized the spreading of Krishna consciousness to all parts of the world. It was he who in 1896 sent a small book about the Teachings of Lord Chaitanya to McGill University in Canada. and of course in that very same year was the appearance of His Divine Grace Srila AC Bhaktivedanta Swami Srila Prabhupada founder of the International Society for Krishna Consciousness.

Bhaktivinoda Thakura did the same in Navadvipa. At that time, there was arguments amongst those who were not knowing as to where was the exact birthplace of Chaitanya Mahaprabhu. Bhaktivinoda Thakura using his intelligence, scholarship and devotion could recognize the real birth site and brought his spiritual master, Jagaanatha das Babaji to that place who confirmed the birth place by expressing transcendental joy upon being brought to that location.

Srila Bhaktivinoda Thakura inaugurated Sri Nama Hatta which means the preaching of Krishna consciousness, the holy names of the Lord by establishing the transcendental market places.

That means by establishing centers where those who were pure devotees would give the holy names to those who had the proper price. What is the price? Sincerity. Genuine longing for being able to chant and glorify the holy names of Lord Krishna with all purity and devotion.

Those who were found to have that price were given the holy names in the market place. Srila Bhaktivinoda Thakura set for himself the job of being a sweeper in the market of the holy names. Just like in any market there is someone who sweeps away all the dirty things and keeps the market clean, so Srila Bhaktivinoda Thakura personally took responsibility to protect the market- to protect the salesman and in everyway protect the process of pure devotional service from all kinds of impurities which may come within the heart of those who are materialists or mixed devotees. He kept everything clean and pure by his powerful preaching and powerful example.

Srila Bhaktivinoda Thakura predicted that a great personality will come who will be able to spread this Krishna consciousness movement worldwide. In fact, that same statement was made by Nityananda Prabhuwho predicted that a great temple will rise in the heart of Navadvipa which will give light to the whole world. So in fulfillment of Nityananda and Srila Bhaktivinoda Thakura’s prediction, Srila Prabhupada appeared within this world and took upon himself the task of spreading Krishna consciousness worldwide.

In his elderly years and even before that in his writings Srila Bhaktivinoda Thakura revealed his very deep devotion to the lotus feet of Sri Radha Krishna and Chaitanya Mahaprabhu. In some of his writings, he describes his meditations, how he meditates in his original form as a maidservant unto Radharani and engages in her divine service under the guidance and jurisdiction of her associates and servants.

He gave all details revealing everything to be known about science of devotion, and he did it in such a way that even common men like us could can understand clearly the teachings of Lord Chaitanya. So our movement, Srila Prabhupada says, is based upon the teachings, the process, the means, the method which Srila Bhaktivinoda Thakura inaugurated and therefore as the pioneer of Krishna consciousness in the entire world and throughout the Western world therefore this movement is based upon him rests on him and depends even now upon his blessings. Therefore on his disappearance, we offer him ourselves eternally in his service. We pray that he may always allow us to engage us as a servant of his servants and we pray that he will continue to bless us with his benedictions so that we can properly advance in the path of spiritual life.

All You Need is 2 For Love / Primordial Valentine