Concerns Raised over the production of Ghee 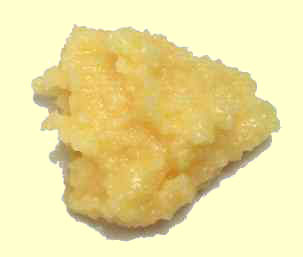 By Madhavendu das – SSM (Vrindavan – IN)

Recently India TV and other channels telecasted the abominable way of Ghee production in many factories all over India. Before showing that horrible seen the news alert everyone that if you are vegetarian then you will be shocked and if you are non-vegetarian then you will give up eating Ghee for your entire life time. Of course it is very difficult to buy pure Ghee from market.

It shows that in the factories profusely animals dead bodies all around. Some where its fat is boiling in a big big drum and some where it is hanging. They boil it for some time and finally they mix only a little pure ghee or ghee perfume for the smell. Then they nicely pack it and send it to market.

Also it shows in another factory that they mix chemical “Styrai” in Vanaspati Ghee. “Styrai” is a very very poisonous which is only used for detergent and soap. Doctors. Say that it affects in our different systems and organs of the body. It causes Cerrohice of liver, chronic liver disease, excessive use of this causes cancer of liver. So, please be cautious of your ghee that you are using right now. It may be poison, fat in the form of ghee.

Srila Prabhupada said “At the present moment in this age of Kali-yuga, the entire human society has become an assembly of cheaters and cheated” Some materialistic Nyaya is “cheap and best”. People think that I have the best thing for cheapest price. But actually he is cheated and keeps the conception of not being cheated and it goes on for longer period. But our Nyaya should be “only best” for the service of Their Lordships.

Unless you are making ghee in your own way (or some reliable source) it will be very difficult to say that what you are having in your home in the form of Ghee is real or false. So, please be careful, henceforth. Ofcourse it is the kingdom of Kali and Kali wants no one should break his principles like meat eating. But our principle is no meat eating. Hare Krishna! Your servant Madhavendu das

The Yoga Show in London

ISKCON Mayapur’s Pavilion attracts all in the Tourism Fair 2008!

10 Comments to “ Concerns Raised over the production of Ghee”