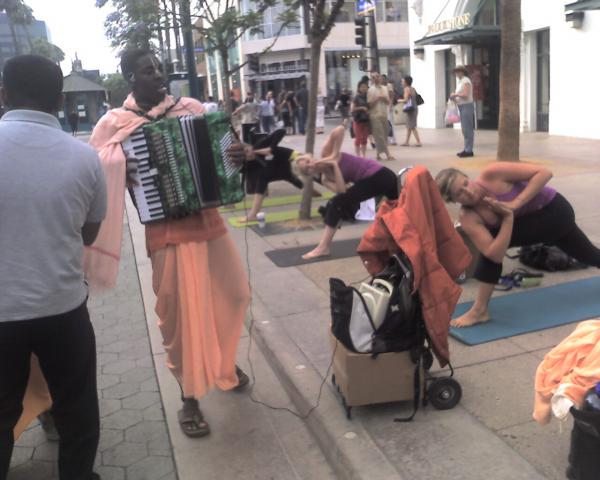 For the inspiration of all the devotees I would like to post these pictures of our Hari Nama SKP party that took place Friday night July 20, 2207.

We never know what plan Lord Caitanya has in store for us. But we always know He inspires the service in many ecstatic ways. This time there were a group of hatha yogis that just decided to join us right in the middle of the outdoor 3rd Street Santa Monica Prominade mall.

They helped to draw a large crowd as they performed their asanas and we chanted the Lord’s Holy Names. Then a group of young people also danced with us. As you can see, everyone is naturally attracted to the Holy Name. No one is disappointed as the Sankirtana is the ocean of nectar for which we are all anxious to experience. Young and old all experience the chanting to be very ecstatic. I hope this can inspire the devotees to join the Hari Nama. 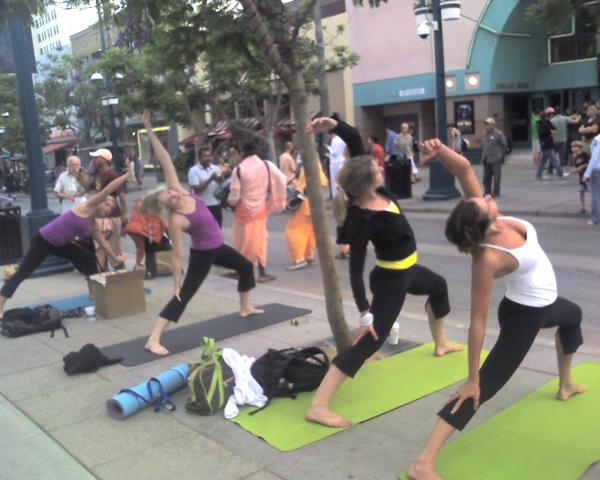 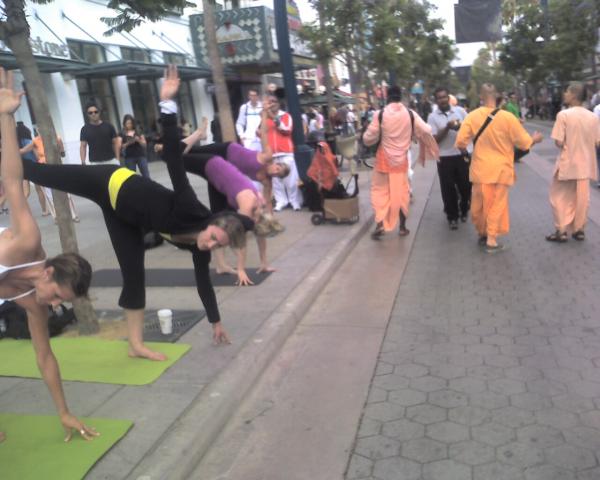 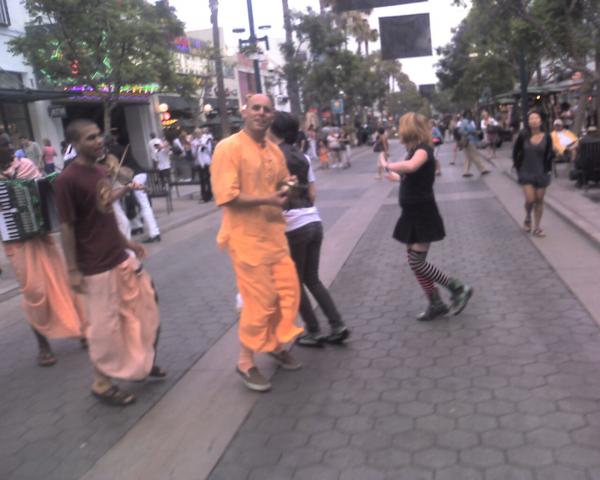 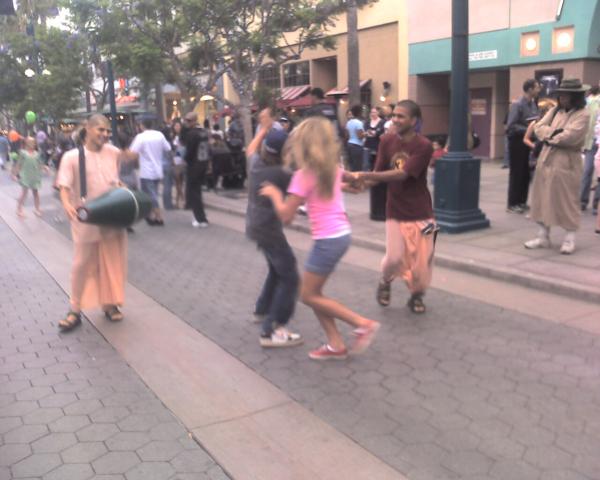 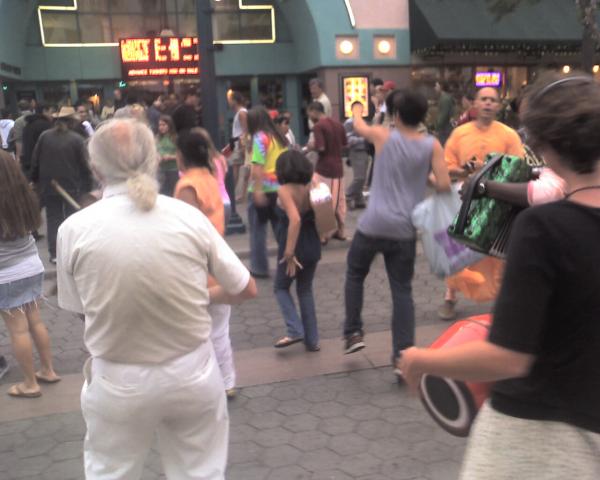 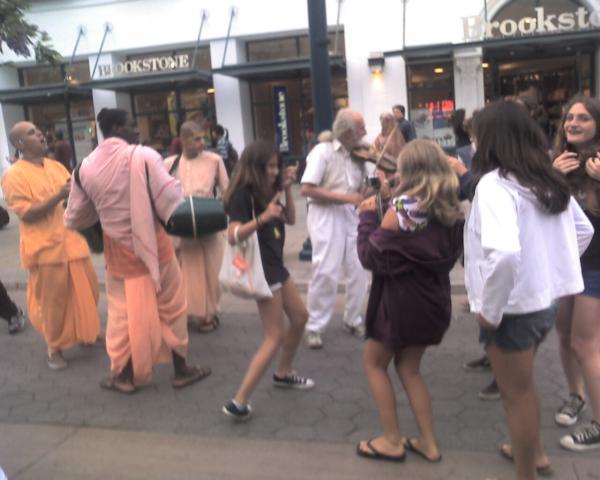 Neither Snow Nor Gloom Of Night…