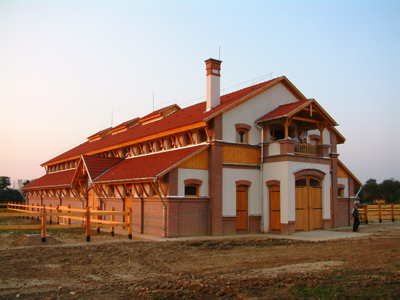 Above: The goshala at New Vrajadhama

By HH Sivarama Swami (from a recent podcast on www.sivaramaswami.com)

Question: Vegans claim that we are contributing to factory farming and calves being deprived of their mothers’ milk. How do we address this argument?

Answer: There are two points here, first that a cow gives more milk than a calf can drink, so it’s not necessarily that they’re being deprived. However a calf should be able to drink its mothers milk, and that happens when they’re being taken care of in a natural way in a gosala. The calves drink their mothers’ milk and the cow gives more milk. Also, if you just let a calf drink as much as they wanted, they’d get sick.

However, the modern system of simply farming cows, inseminating them so they’re constantly milking rather than allowing it to take place in a scheduled way — which is good for the overall health of the cow, so it’s not always giving milk, and it’s not always inseminated — that is certainly violent, and the answer to that is not to become a vegan, or to stop drinking milk. The answer is to drink milk procured only by the proper means. Reason being is Krishna drinks milk, it is part of our diet, and go brahmanya hitaya ca — a whole culture is based on drinking milk. It’s not something we are willing to sacrifice. Therefore, we need to have farming communities as Srila Prabhupada established, where cow protection is a priority. For this reason Srila Prabhupada said to keep as many cows as possible, which is a tall order.

Then you’re above this kind of criticism. You don’t need to say, “Oh welll, I’m a Hare Krishna, I’ve offered it to Krishna, and therefore I’m free from the reaction.” It is questionable if you’re free from the reaction. Why? Srila Prabhupada has made it clear that our duty is cow protection. Krishna set the personal example of cow protection. Therefore, just because we are devotees, just because we offered some milk then we think we’re free from the reaction for the violence that’s involved in procuring that milk–and remember that the cow, the bull, and the calf are later all slaughtered, and that’s something you’re also involved in when you’re drinking milk–then you have a very hard argument to try to defeat. In fact, it’s not an argument you can defeat.

Therefore Srila Prabhupada gave us a very simple formula to defeat that argument, so that we don’t have to fall back on strawman tactics and arguments: he gave us cow protection, which is a completely friendly, non-violent, and inoffensive way to provide milk.

So therefore, I ask again: what are you doing about cow protection? 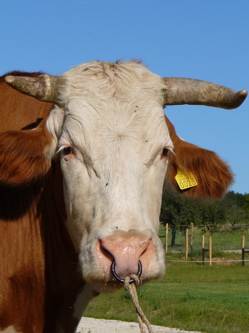 “The optimum amount of meat in a healthy diet is precisely zero!”

7 Comments to “ NOT VEGANS, COW PROTECTORS”