Phanindra prabhu, a disciple of Srila Prabhupada from Venezuela, left his body 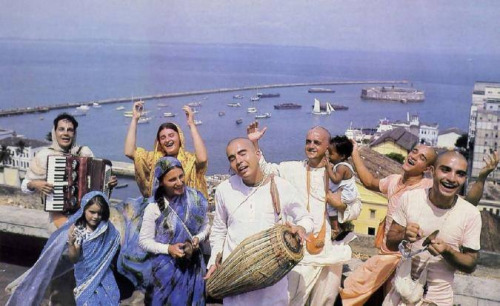 Phanindra prabhu, a disciple of Srila Prabhupada from Venezuela left his body.
In recent hours we have received the news of the departure of Phanindra Prabhu, dear disciple of Srila Prabhupada.
Phanindra Das was one of the oldest devotees in Venezuela and from the beginning was engaged in the service of collecting with incense and other articles for the maintenance and development of the program in our country and then in Brazil was one of the pioneers who supported the Expansion of the Srila Prabhupada Movement in those lands. We always remember him for his jovial, kind and enthusiastic character, a devotee who was a good friend, kind and always favorable to the spiritual benefit of the people with whom he was related.

We pray to the Supreme Lord and to Srila Prabhupada so that our beloved Prabhu Phanindra will have the opportunity to continue with his loving service.