Marriage Matters – What Makes It Stronger 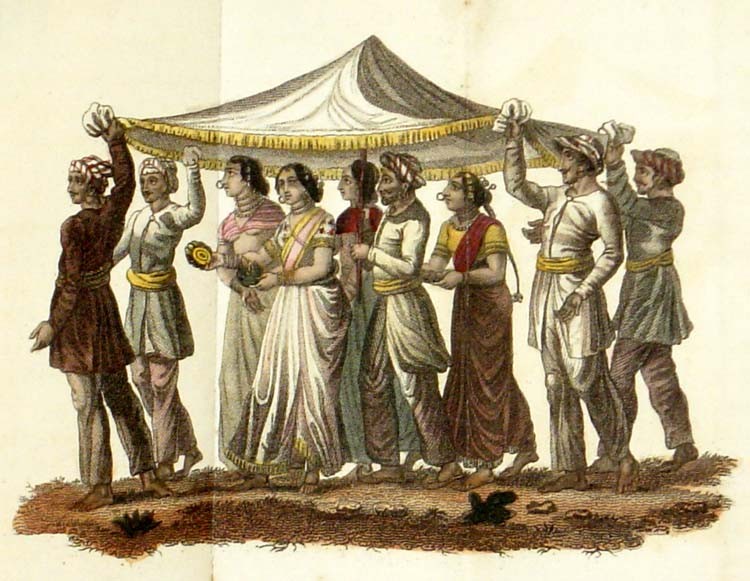 The health of a marriage depends on the emotional health of the individuals in it. It is gratitude that keeps those individuals healthy and free from dullness and complacency. Couples dedicated to spiritual cultivation enter not only a marriage but an ashram, the grhastha-ashram. This ashram is founded on each spouse respecting, honoring, and appreciating the other as Krishna’s dear devotee. The husband thinks, “My wife is the sacred and holy property of her spiritual master and of Krishna. She is not mine. If I do not honor, respect, protect and provide for her, then I am offending a Vaishnava and it will seriously impede my spiritual progress.” Similarly, a wife sees her husband as the sacred and holy property of guru and Krishna and treats him as a Vaishnava. They are faithful and assist and serve each other in whatever ways possible. Each appreciates the sacrifice of the other, the generosity, and the loving intent of the other, and each grows in gratitude, overlooking the other’s flaws. A sane person wants nothing less than this in marriage and will make the success of such a relationship a top priority.

An example of marital appreciation from the Krishna Book: when the cowherd boyfriends of Krishna were refused alms by the brahmanas who were performing sacrifices, Krishna sent them to the wives of those brahmanas, who unhesitatingly provided varieties of wonderful foods for Krishna, Balarama and Their friends. Later, the brahmanas understood their foolishness in refusing the boys and appreciated the spiritual advancement of their wives. They said, “Just see how fortunate these women are who have so devotedly dedicated their lives to the Supreme Personality of Godhead, Krishna. They have surpassed all of us in firm faith and devotion unto Krishna.” (Chapter 23)

In Srimad Bhagavatam (7.5.12, purport) Srila Prabhupada writes, “Everyone should be friendly for the service of the Lord. Everyone should praise another’s service to the Lord and not be proud of his own service. This is the way of Vaishnava thinking, Vaikuntha thinking. Everyone should be allowed to render service to the Lord to the best of his ability, and everyone should appreciate the service of others. Such are the activities of Vaikuntha. Since everyone is a servant, everyone is on the same platform and is allowed to serve the Lord according to his ability.” Sincere gratitude is an antidote for self-righteousness.

When Sukanya, a young princess described in the Bhagavatam, was wed to Cyavana Muni, an irritable old sadhu, she set her mind not on the apparently unfortunate match, but on making a conscientious effort to do her best. She did not try to change her spouse but fully played her role, surrendered her pride and, by day-to-day perseverance, succeeded in making a marriage that worked. “Without enthusiasm,” Srila Prabhupada writes, “one cannot be successful. Even in the material world, one has to be very enthusiastic in his particular field of activity in order to become successful.” (NOI Text 3) A devotee’s enthusiasm for Krishna’s service crystallizes into mode of goodness industriousness, which solidifies into joyful advancement in Krishna consciousness.

In his introduction to Bhagavad-gita As It Is, Srila Prabhupada explains that our inherent nature is to serve and in this world everyone is rendering service to someone just as, for example, the wife serves the husband and the husband serves the wife. Both the wife and the husband can be enthusiastic in this service because, as Srila Prabhupada states elsewhere, “Krishna is pleased when a Vaishnava is rendered service.” (Cc Madhya 5.24) If our spouse is a devotee and we are sincerely serving that person we will benefit spiritually. “Anyone who wishes to advance in Krishna consciousness must try to serve the devotees of Krishna.” (Cc Antya 13.113)

Marriage is like a fortress created by the husband and wife to protect themselves from the powerful enemies of the uncontrolled senses so that both of them may peacefully advance spiritually. “The bodily senses are considered plunderers of the fort of the body. The wife is supposed to be the commander of the fort, and therefore whenever there is an attack on the body by the senses, it is the wife who protects the body from being smashed.” (SB 3.14.20) “There is no difference between a good wife and good intelligence. One who possesses good intelligence can deliberate properly and save himself from many dangerous conditions.” (SB 4.26.16) “One who is situated in household life and who systematically conquers his mind and five sense organs is like a king in his fortress who conquers his powerful enemies.” (SB 5.1.18) As in any battle, if they would be victorious, the fighters must first be enthusiastic.

Logic vs Scripture. Question: In CC Adi 17.167 Caitanya...
Days Two and Three of ISKCON GBC, Sannyasi and Guru Sanga. On...

II. TEN PRINCIPLES OF MARRIAGE AND FAMILY IN SOCIETY