The rise of Hinduism in Australia, will it continue?Hinduism… 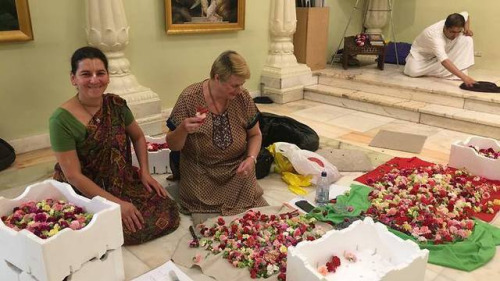 The rise of Hinduism in Australia, will it continue?
Hinduism emerged in the 2011 Census as the fastest-growing religion in Australia, largely brought about by migration. But what will the new Census reveal?
Reverend Albert Lange was disillusioned by Christianity before he converted to Hinduism. In 1979 he became Bhakta Dasa.

“I was an atheist before I found my truth in the Hare Krishna movement,” he said.

He’s one of the many Australians who find themselves drawn to the 5000-year old religion of Hinduism.

Hinduism emerged in the 2011 Census as the fastest-growing religion in Australia - and is expected to have continued in the years since, according to both the Australian Multicultural Foundation and the Hindu Council of Australia.

Census watchers, meanwhile, predict that despite the growth in the number of Australians nominating Islam as their religion (from 2.2 per cent to 2.6 per cent of the population), Hinduism will overtake it (2.7 per cent).

The trend is largely explained by migration, with increasing numbers of Indians settling in Australia, particularly in Melbourne. There has been a the four-fold increase in the number of Indian-born residents in the nearly two decades to June 2014.

But locally-born Australians, too, are gravitating towards the world’s third-largest religion, says Mr Dasa.

“The Hindu way of life, with vegetarianism, karma and spirituality as its tenets, has never been more popular in the western world,” he said.
To read the entire article click here: https://goo.gl/ADPUcA

The Light of Bhakti. Varsana Swami: Deeply cherished amongst…