Least But Not Last: A Few Words on Humility 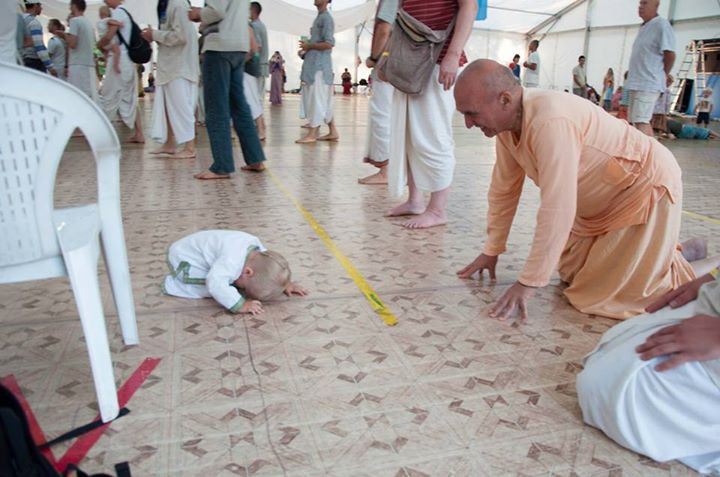 I recently heard a woman say, “least but not last.” She meant to say the usual, “last but not least,” but somehow, due to a slip of the lip, or perhaps because of some mild form of dyslexia, she inverted the words in this somewhat humorous way. And this got me thinking about humility, which people sometimes confuse with low self-esteem, thus viewing it as an inferior quality. To think of oneself as “least” is the last thing one would want to do.

Just as people tend to confuse humility with low self-esteem, there are those who correlate its opposite — high self-esteem — with pride and self-absorption. But this is also far from true. People with a healthy sense of self-esteem generally exhibit a humble attitude in relation to others. Their egos are not threatened by admitting and correcting mistakes, although those who truly have low self-esteem tend to be defensive and often feel compelled to prove they are right.

Humility, in fact, is a quality that is lauded in all the great religions of the world, even if practitioners are not always able to live up to it. As an example, one need merely look at the Christian tradition. In the work of St. Thomas Aquinas, the famous 13th-century Catholic philosopher, we find that the word itself is derived from the Latin humilis, which means “low, humble, from the earth.” He also declares that humility is a cardinal virtue “which assists in keeping oneself within one’s own bounds, not reaching beyond one’s limitations, but submitting to one’s superior” (Summa Contra Gent., bk. IV, ch. lv, tr. Rickaby).

Christian teaching tells us that humility is the foundation of true spirituality and inferior only to faith. However, humility is considered the first virtue because it removes the obstacles to faith. It removes pride, thus making one a fit recipient of grace. According to the words of St. James, “God resisteth the proud, and giveth his grace to the humble” (James 4:6).

A humble person is understood as being unpretentious and modest: someone who does not think that he or she is better or more important than others. Extrapolating freely, it becomes clear why this is a significant quality for spiritual practitioners.

The Caitanya-caritamrta (Madhya-lila 22.78–80) lists twenty-six qualities that are incumbent upon a serious practitioner. Amani, meaning “humble,” or “free from false prestige,” is one of them. In our Krishna-conscious tradition, such humility has deep implications, ranging from a respectful or even reverential mood toward God, nature, and all living beings to not wanting to be worshiped by others — not usurping God’s position, either grossly or subtly. Humility should not be artificial but honest and natural. Various scriptural passages confirm its importance in terms of not engaging false prestige (Sri Caitanya-caritamrta Madhya 22.80); not desiring inordinate respect for oneself (Srimad-Bhagavatam 5.18.12 purport); a general humble disposition (Srimad-Bhagavatam 4.20.16 purport); and bidding adieu to pride (Srimad-Bhagavatam 2.3.13 purport).

In the Bhagavad-gita (13.8–12) Lord Krishna, describing a person who is truly in knowledge, presents a list of ethical and moral values, including humility, which is listed first. Its pride of place has deep meaning in the Vaishnava tradition.

Surpassing all scriptural quotations for the importance of humility, we find the teachings of Sri Chaitanya Mahaprabhu, Krishna Himself in the guise of His own devotee, offering the loudest proclamation. In the Caitanya-caritamrta, He says,

[inset] O Svarupa Damodara Gosvami and Ramananda Raya, hear from Me the symptoms of how one should chant the Hare Krsna maha-mantra to awaken very easily one’s dormant love for Krishna.'” (Cc Antya 20.20)

“One who thinks himself lower than the grass, who is more tolerant than a tree, and who does not expect personal honor but is always prepared to give all respect to others can very easily always chant the holy name of the Lord.” (Cc Antya 20.21)

“These are the symptoms of one who chants the Hare Krishna maha-mantra. Although he is very exalted, he thinks himself lower than the grass on the ground, and like a tree, he tolerates everything in two ways.” (Cc Antya 20.22)

“The tree delivers its fruits, flowers and whatever else it possesses to anyone and everyone. It tolerates scorching heat and torrents of rain, yet it still gives shelter to others.” (Cc Antya 20.24)

“Although a Vaishnava is the most exalted person, he is prideless and gives all respect to everyone, knowing everyone to be the resting place of Krishna.” (Cc Antya 20.25)

“If one chants the holy name of Lord Krishna in this manner, he will certainly awaken his dormant love for Krishna’s lotus feet.” (Cc Antya 20.26)
[end inset]

In other words, humility is important not only in our day-to-day affairs, but it is also essential in developing love of God.

[inset] As Lord Chaitanya spoke in this way, His own humility increased, and He began praying to Krishna that He could discharge pure devotional service.” (Cc Antya 20.27)
[end inset]

Thus, showing by His own example how an ordinary soul on the path of Krishna consciousness should pray — existing in a mood of true humility — Mahaprabhu paves the way for all practitioners, then and now.

Ultimately, humility refers to realizing one’s position as a tiny jiva – a spirit-soul — part and parcel of Krishna, a servant of the servant of the Lord. But, in this world, the jiva’s conditioning and materialistic ego are often difficult to overcome. The desire for name, fame, wealth, position, profit, adoration, distinction and gain has a tremendous hold over us, afflicting our consciousness and influencing almost everything we do. Oftentimes, our arrogance seems unconquerable.

Still, by associating with truly advanced spiritual practitioners — the guru and other serious devotees — and by hearing the words of scriptures, we can attain true humility in due course. But we have to want it – we have to be honest with ourselves and admit that we need it.

An honest person will never be offended by hearing truthful ideas. Only one who offends truth – by living in a way that brings one further away from it — will feel offended when hearing truthful words. The spiritual teacher speaks the truth, and to the extent that the hearers’ hearts are possessed of truthfulness and sincerity, to that extent he or she will be receptive to hearing the importance of humility. Even if at first it feels like an affront to our ego, if we are honest and sincere, that jarring sensation will subside and we will submit to its undeniable truthfulness, and gratefulness will overtake our consciousness.

Honesty and truthfulness, then, are two essential elements of humility. They manifest as one’s ability to honestly assess oneself, to recognize and admit one’s own faults and defects as a conditioned jiva, and to admit the truth of one’s compromised situation. Sadly, many of us try to create a false image of ourselves, both to posture, to convince ourselves of our own greatness, and to manipulate others into believing that we are great, too. Only through internal honesty can we begin to make real progress in spiritual life. Thus, to clean out the conditioning that has accumulated in the heart over many lifetimes, one has to first recognize its presence, to admit that it is there, and then to do the needful — to remove it in all earnestness. Without such truthfulness, how can we make tangible progress in developing humility?
END

Steven J. Rosen (Satyaraja Dasa) is an initiated disciple of His Divine Grace A. C. Bhaktivedanta Swami Prabhupada. He is founding editor of the Journal of Vaishnava Studies and an associate editor of Back to Godhead Magazine. Rosen is also the author of numerous books, including the popular Gita on the Green: The Mystical Tradition Behind Bagger Vance (Continuum International, 2000) and The Hidden Glory of India (Bhaktivedanta Book Trust, 2002). Several years ago he was called upon by Greenwood Press, a major academic publisher, to write the Hinduism volume for their “Introduction to the World’s Major Religions” series. The book did so well that they further commissioned him to write Essential Hinduism, a more comprehensive treatment of the same subject, under the auspices of their prestigious parent company (Praeger), and the book is now receiving worldwide acclaim. Rosen’s books have appeared in several languages, including Spanish, German, Hungarian, Czech, Swedish, Chinese, and Russian. His forthcoming work, Krishna’s Song: A New Look at the Bhagavad Gita (Greenwood, 2007), will explore key philosophical points in the Gita to illuminate the ancient text’s overall teaching and philosophical narrative.

Conversion to What: Intolerance or Transcendence?

1 Comment to “ Least But Not Last: A Few Words on Humility”