Questions to the GBC 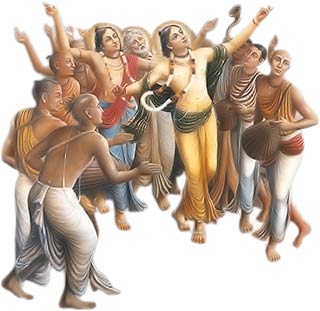 Questions to the GBC

What is the connection between all the issues that the GBC has to deal with and the preaching of Lord Caitanya’s sankirtana movement?

Phew! Excellent question and one that I find myself asking quite a lot. In essence Lord Caitanya’s mission is very straightforward – chant the mahamantra and encourage as many others as you can to chant it too. No matter who we are, what we are, where we are it doesn’t matter, once we are committed to the Krsna conscious process we can engage everybody in it –

Srila Prabhupada created the ISKCON institution and on one level we can argue that such a creation brings many headaches and that is certainly true. And of course it is important that for ISKCON to function effectively it has to look after all those who feel aggrevied as a result of their association with ISKCON.

On the other hand ISKCON is responsible for so many preaching successes. One simple example is that Srila Prabhupada’s Bhagavad Gita is the most widely published in the world, another is that the Ratha Yatra festival has taken a massive foothold in the west all due to ISKCON. Srila Prabhupada was convinced that Lord Caitanya’s movement could be most effectively spread by an organised structure and if carefully analysed that has proven to be true.

Ironically in many respects we have the best of both worlds in so far as we have an organised structure, ISKCON, but at the same time we have many devotees who are not so connected to mainstream ISKCON and more or less fulfil the more freelance role of preaching on a one to one basis.

However one is situated – serving directly within ISKCON or more indirectly – the fact remains that as long as we are preaching the message of Krsna consciousness according to the parampara then it will all be of benefit.

That preaching will be even more effective if we are adhering to the principles of vaidhi bhakti. Krsna expresses in the Bhagavad Gita – etam vibhutim yogam ca – this is really the acid test. Once we truely realise the full glory of the supreme Personality of Godhead and shape our lives accordingly then we will all be fit to preach on behalf of Lord Caitanya.

For Whom Does Hinduism Speak?
Sporting pastimes on parikrama!