A Facelift for Prabhupada’s Palace of Gold 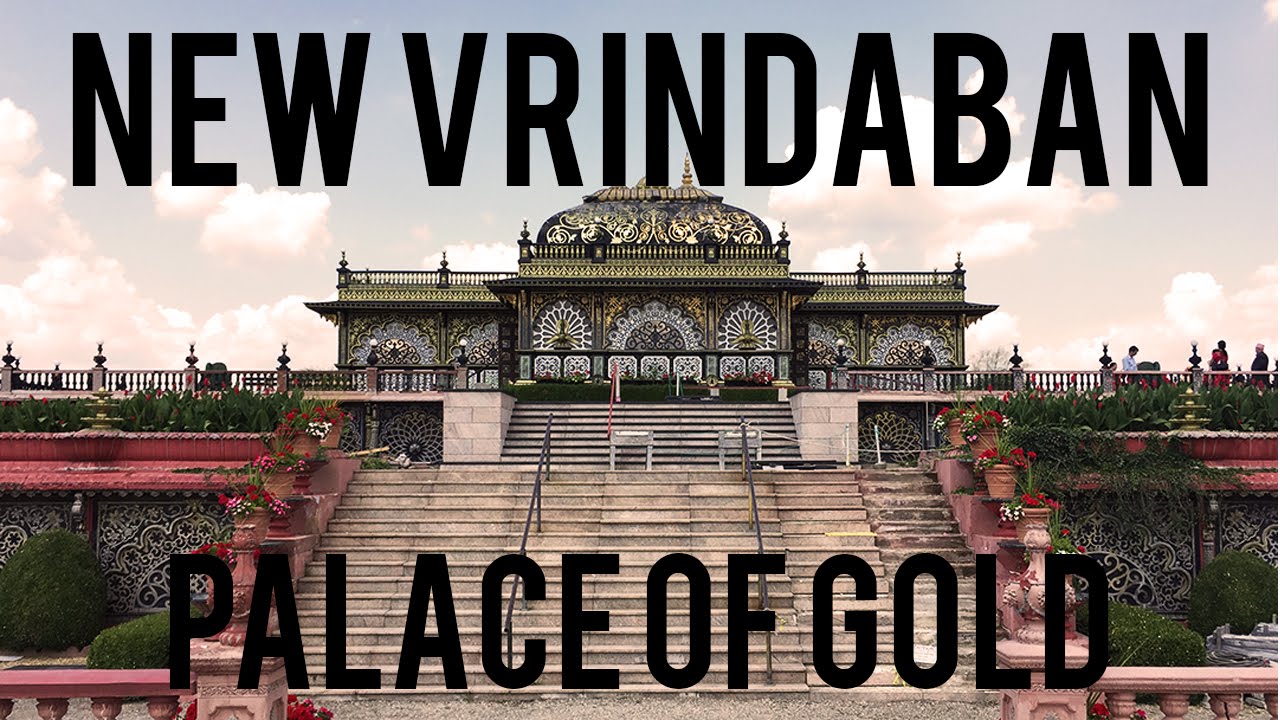 In 2006 ISKCON’s Governing Body Commission (GBC) resolved to formally recognize Prabhupada’s Palace as a “Shrine and Memorial” on a par with those in Vrindavan and Mayapur. “Srila Prabhupada’s Palace, New Vrindaban, West Virginia, USA,” the resolution states, “[is hereby] given official recognition as a Shrine and Memorial and included in the Law Book 2.3.2 Shrines and Memorials.” By housing worshipable memorabilia belonging to Srila Prabhupada, the Palace functions as a smriti samadhi in the truest sense of the phrase – anyone who visits will be naturally compelled to remember and appreciate Srila Prabhupada. His presence can be deeply felt there.

This fact gives additional meaning to Prabhupada’s poignant words spoken in 1976, while visiting the Palace a year before his passing: “I’m already living here and always will be.”

From Memorial to Palace

Prabhupada’s Palace of Gold officially opened on Sunday, September 2, 1979. The Palace lent credibility and gravitas to New Vrindaban, especially for tourists, most of whom had not previously taken the devotee community seriously. While the people and the philosophy behind the Palace might have remained somewhat inscrutable for most, many could now see that the Hare Krishna movement was something to be reckoned with. Here was a phenomenon that people could understand – a magnificent structure unique in its styling and formidable in its opulence. A sight to behold. Something to tell their children about. “Who could have created this great wonder?”

The Palace was clearly exceptional. Yogeshvara Dasa expressed this well in a July 1981 Back to Godhead article:

In its design the Palace is unique. While most churches and cathedrals reflect orthodox motifs of their culture, the Palace is a blending of Eastern and Western styles, as if to say that service to God is the universal principle of all religions. While the Eastern roots of the Krishna consciousness movement can be seen in the intricate latticework, peacock windows, and traditional marble patterns, the movement’s presence in the West is reflected in castlelike railings, cathedral-inspired arches, and bright color combinations.

The Price of Causeless Mercy

School is My Second Home