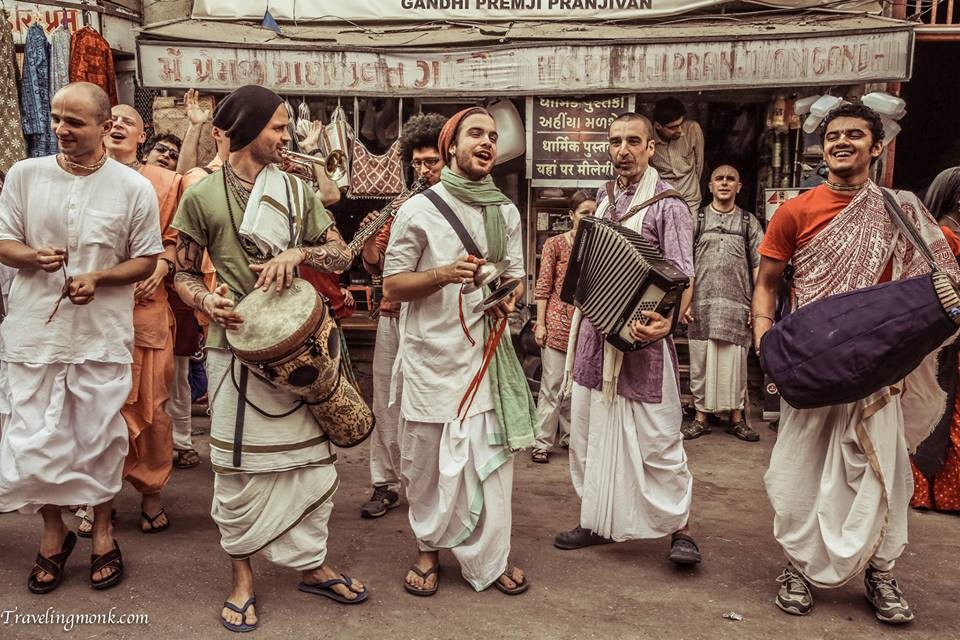 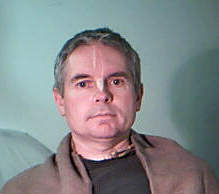 The sound of the heartbeat, the pulse of life gushing blood through thousands of arteries, veins and capillaries lending sensation to the nerve network entwined in and about organs and muscles and flesh, all bound by the bodily structure encased with a thin layer of skin in harmony with our subtle impulse, is our presentation to the world. This biological machine, city of nine gates, is a sleeping convenience to enact our wishes. Lord Krsna says:

“One who identifies his self as the inert body composed of mucus, bile and air, who assumes his wife and family are permanently his own, who thinks an earthen image or the land of his birth is worshipable, or who sees a place of pilgrimage as merely the water there, but who never identifies with, feels kinship with, worships or even visits those who are wise in spiritual truth – such a person is no better than a cow or an ass.”
SB. 10.84.13.

So real is our place on earth that we talk and move, and cause others to see and talk to us within a shared collective dream, encased again within a dark, hollow, multilayered golden globe of the cosmos, which is a mere cell particle exuded from a pore of Sri Maha-Visnu’s skin. Such creative sleep has no escape route, bar one – to awaken. Sri Narada Muni says:

“Narada continued: O you who are free from all sinful activity! No one can counteract the effects of fruitive activity simply by manufacturing a different activity devoid of Krsna consciousness. All such activity is due to our ignorance. When we have a troublesome dream, we cannot relieve it with a troublesome hallucination. One can counteract a dream only by awaking. Similarly, our material existence is due to our ignorance and illusion. Unless we awaken to Krsna consciousness, we cannot be relieved of such dreams. For the ultimate solution to all our problems, we must awaken to Krsna consciousness.”
SB. 4.29.34.

When we sleep and dream of combinations of past and present experiences, producing fantastic, weird or fearsome escapades from our mortal body, supervised by the Supersoul, they are often forgotten forays into the subtle realm. But our dreams are dreams within a dream within a dream. Srila Prabhupada writes:

This material world is created by the dreaming of Maha-Visnu. The real factual platform is the spiritual world, but when the spirit soul wants to imitate the Supreme Personality of Godhead, he is put into this dreamland of material creation.”
Purport to SB. 4.29.83.

The Supreme Lord is absolute. Whatever He does is real. When He dreams His mystic slumber into which we are participating, is also reality. Being part of Maha-Visnu’s dream is so bewildering that it holds ever more surprises for us, and the Lord too. He watches sometimes with amazement what is happening here.

“Although the Supreme Personality of Godhead constantly watches the activities of this world, no one sees Him. However, one should not think that because no one can see Him, He does not see, for His power to see is never diminished. Therefore, everyone should worship the Supersoul, who always stays with the individual soul as a friend.”
SB. 8.1.11.

For those who are awakening, the worship of the Supersoul means accepting and worshipping the spiritual master who is no different from Paramatma. The Gita Mahatmya of the Padma Purana also relates how Maha-Visnu watches His yoga-nidra in action.

Open reading his books one will find matters pertaining to sleeping or waking circumstances because he is after all an awakened soul who came to mingle in our miserable dream world to sound the alarm, and he continues his guidance for sincere awakers.

Restricted as we are while traversing our mutual dreamscapes, Krsna is always introducing different waking devices: His unlimited avatars, the Vedas, His pure devotees and His holy names. His kindness knows no bounds. Lord Chaitanya said:

“Forgetting Krsna, the living entity has been attracted by the external feature from time immemorial. Therefore the illusory energy [Maya] gives him all kinds of misery in his material existence.”
CC. Madhya 20.117.

Our body and the pleasures and pains associated with it, serve to deepen our sleeping condition.

Kota nidra jao maya – piscira kole….” We have slept for so long on the lap of the witch called Maya.”

If by some good fortune we hear a sound, feel a touch, receive a glance, experience a taste or smell an aroma issuing from an awakened source, it should beckon us to realize only one objective – to awaken to the orders of the spiritual master who will engage all of our senses in Krsna’s service. Srila Prabhupada says:

The waking process may take some time. If it is very rare to attain bhava where our true eternally awakened self is developed, shedding the gross and subtle dream body, then only a greedy, hungry effort, anxious to adopt all positive awakening procedures may expedite matters. Lord Krsna states:

“After many births and deaths, he who actually in knowledge surrenders unto Me, knows Me to be the cause of all causes and all that is. Such a great soul is very rare.”
BG. 7.19.

While we are awakening, any acquirement of mercy can be passed on to other sleeping souls, to sound gentle informed alarm bell talks. When awakened souls gather to converse about the awoken reality personified [Krsna] and His nearest and dearest, such enlivening chatter will keep us awake and entice us towards Krsna Prema.

“O Narada, I am not in Vaikuntha nor am I in the hearts of the yogis. I remain where My devotees glorify My name, form, qualities and transcendental pastimes.”
Padma Purana.

In the meantime while we are here staying awake, perhaps we can also, like Maha-Visnu, observe the incredible workings of this dream world, if even as a reminder to keep alert, or to be interestingly occupied.

“Krsna consciousness means constantly associating with the Supreme Personality of Godhead in such a mental state that the devotee can observe the cosmic manifestation exactly as the Supreme Personality of Godhead does. Such observation is not always possible, but it becomes manifest exactly like the dark planet known as Rahu, which is observed in the presence of the full moon.”
SB. 4.29.69.

The entire millions of Vedic verses though varied in subject matter, really direct us toward sambandha, abhidheya and prayojana. One who knows the real meaning of the scriptures will simply chant Hare Krsna, for this is the alpha and omega of all sacrifices. If we obtain good fortune in this way, we will have progressed from susupti to awakening to awake.

“Everything happening within time, which consists of past, present and future, is merely a dream. This is the secret in understanding in all the Vedic literature.”
SB. 4.29.2b.

Let's have a revolution - a solution - and a resolution
Transcendental Sankirtan by the Sankirtan Weekend Warriors in...

Singularity: Yet Another ‘Tantadang’ Prophecy