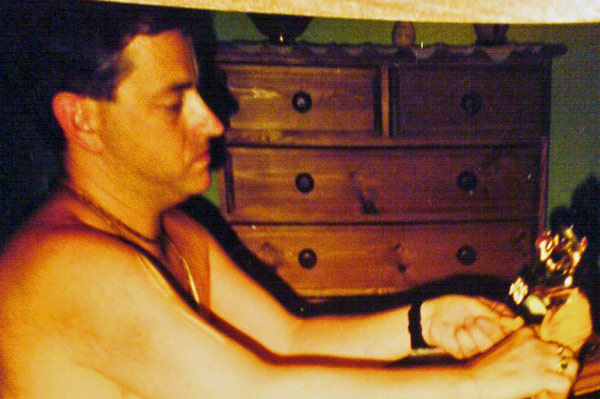 It is with deep regret I have to inform you that Sanjaya Prabhu (Srila Prabhupada disciple) passed away yesterday afternoon. He died peacefully in his sleep. As some of you may know Sanjaya had been ill for some time. He leaves behind his wife and three children, who are all quite young. Please offer your prayers for all the family at this time.

We held many hours of kirtan and spoke of our memories of Sanjaya Prabhu, the whole event was wonderful, the kirtans were very sweet, it was all very moving, especially to see so much love and affection, for Sanjaya, who never had a bad word to say about anyone, was always very positive and cheerful and was always friendly to everyone. (This event was held at the familys’ house on the day of Sanjaya’s passing, a full memorial will be held soon at Bhaktivedanta Manor)

Sanjaya was part of the Radha Damodara party in the USA in the 1970’s, he has distributed thousands of books for Srila Prabhupada and obviously has received Prabhupadas mercy, and the mercy of Lord Caitanya. Sanjaya Prabhu has been in the UK since around 1983, and has performed various services. He never lost his preaching spirit, and was always eager to tell people about Lord Krsna, plus he always loved to talk about Srila Prabhupada. Before his illness he was known to go out and distribute books frequently, though he kept it very quiet. Even when he was in hospital, he would be preaching to others. He never wanted any honor for himself.

Recently he has been serving Srimati Tulasi devi at Bhaktivedanta Manor, despite his illness, and he would go to the manor every evening, to arrange the whole Damodarastakam arati, making sure somebody was there to lead kirtan, giving out the song sheets to the everyone, including the guests, and he would make a short announcement before the singing began to explain what was the song was about.

The evening before he passed away, he was at Bhaktivedanta Manor, and was observed being right up close to the deities singing very loudly and clapping with a big smile on his face. I am sure he carried that blissful consciousness with him right through to the next day. He will be sorely missed by all the devotees. It is rare to find a devotee who never critises anyone, and who is so eager to talk about Krsna to others.

Lord Krsna states in the Bhagavad-gita One who is equal to friends and enemies, who is equipoised in honor and dishonor is very dear to me. 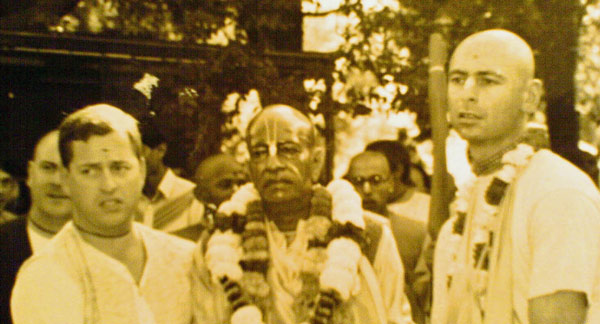