A young boy with a spiritual appetite! Shastrakrit Das:… 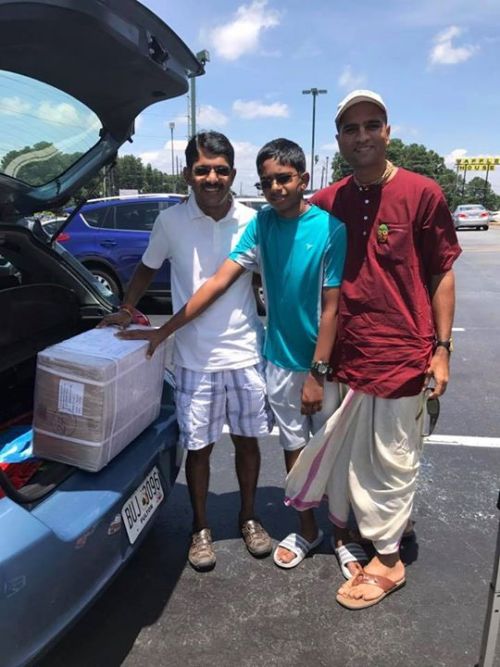 A young boy with a spiritual appetite!
Shastrakrit Das: Recently, to my surprise, I received a text from this south India gentleman Suresh saying that his 12-year-old son Shreyas is on a school break for the summer and has read the ( Krishna Dharma’s) Mahabharata three times cover to cover (which they bought from me a couple of months ago).Sreyas kept asking Suresh for more books about Krishna.
I suggested that Suresh buy his intelligent and pious son the entire Bhagavatam set, which includes Ram lila and lilas of all other incarnations.
A few minutes later, Suresh texted, saying that his son is eager to read Bhagavatam’s right away.
We met an hour later in a parking lot of a mall where I usually distribute, and they immediately put the set in the trunk of their car. The boy was so happy.
My Gurudeva, Devamrita Swami, often says that we should pray that people are fortunate to run into book distributors again and again and that they become more and more fortunate by receiving more and more and more of Srila Prabhupada’s books.

How can bhakti wisdom help us to become more forgiving?