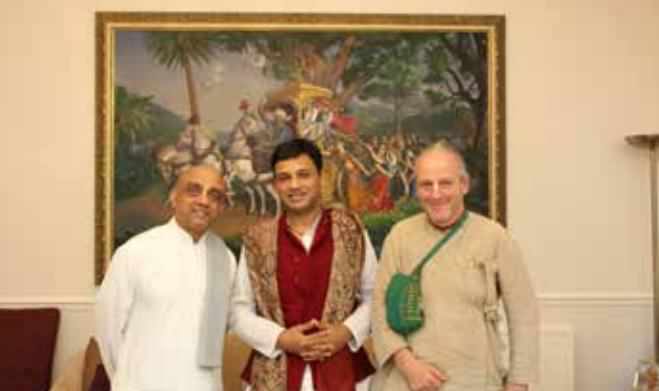 Srutidharma das and Parasuram das had a meeting with Radhapriye ji of Barsna who is part of the team heading the Save Yamuna Campaign. The Save yamuna campaign is trying to bring Yamuna back to Vrindavan, which is the most important river for all worshippers of Krishna.

Did you know that Yamuna River disappears after Hathani Kund Barrage in Haryana?

97% water of Yamuna river is sucked in by canals just before Hathani Kund barrage. Rest evaporates after running few kilometers. Around 150 kilometers of Yamuna bed is completely empty.

What flows in Delhi and after that is nothing BUT untreated filthy dirty drain water from various drains dumped into Yamuna bed.

The government has accepted all the demands and has promised action. The task now is to make sure that the government actions the solution which has been passed by the supreme court of India.