The former president of the ISKCON temple in Brooklyn, New York, Ramabhadra Dasa, has kept the temple locked shut for the last ten days, and this past Sunday he had the “ISKCON” sign removed from the face of the building. The sign had announced the temple’s identity for years. 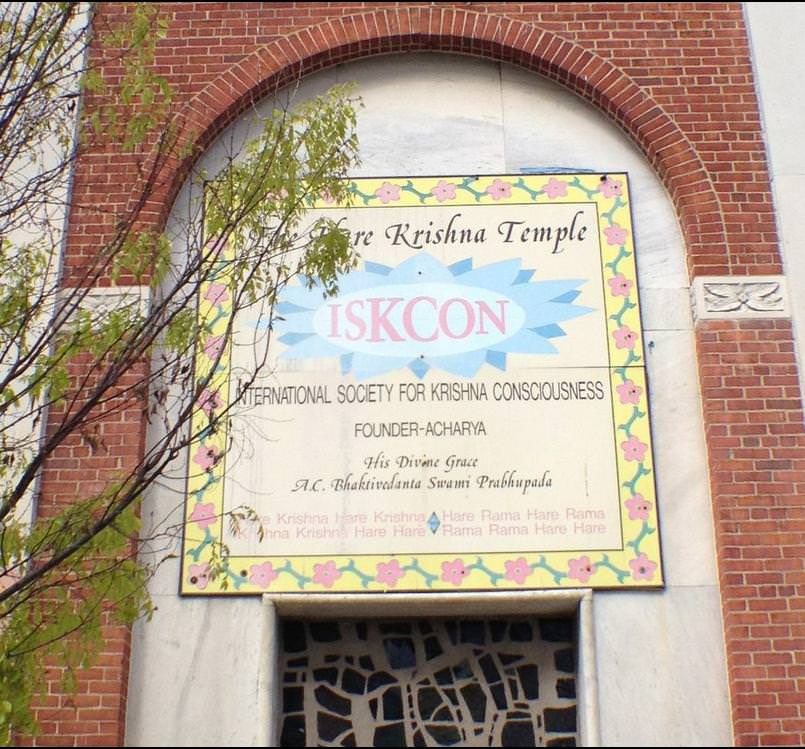 “Hare Krishna Temple in Brooklyn with ISKCON sign prior to it being removed from the face of the building.”

“The congregation has no idea if and when the temple doors will reopen,” said Sivaradhya Dasa, a longtime congregational member and former Bharati board member. Rumors are flying that the temple may reopen tomorrow or Sunday, though perhaps for “selected members only.” Devotees speculate that Ramabhadra has locked the doors in fear that someone will come in and remove him.

Removing “ISKCON” from the face of the temple building seems to signal Ramabhadra’s intention to escape removal from office by claiming that ISKCON and the GBC have no authority over him. Since the ISKCON temple building is officially owned by a legal entity called Bharati Center, Inc. — so he has argued — ISKCON, the GBC, and the congregation have no say.

Ramabhadra Dasa was removed as the ISKCON temple president by the GBC on July 18 for flagrantly disregarding the GBC’s decision, three times repeated, that the temple should not be sold. Although Ramabhadra and the “Bharati board” had the opportunity in March to easily cancel the sale, instead they chose to push ahead with selling, in defiance of the GBC.

The Bharati bylaws say that if the Bharati board ever resolves to sell a property but the GBC body advises against the sale, the board must hold a meeting to reconsider. Then, if even a single member of the board votes against the sale, the original decision to sell becomes null and void. On March 19, Ramabhadra and the “Bharati board” held such a meeting, with directors Ramabhadra Dasa and Romapada Swami in attendance. Despite the GBC’s decisions, they voted unanimously to reconfirm the pending sale. This, in particular, led the GBC to resolve that Ramabhadra be removed.

The GBC body has appointed Hamsarupa Dasa as acting temple administrator. Barred entrance from the building, he is meeting with leaders and other members of the congregation to encourage them spiritually and consider how the community of devotees should best respond constructively to the recent unsettling events.

Inside the temple, the regular worship of Sri Sri Radha-Govinda is said to be continuing as usual.

Taking into account Ramabhadra’s “declaration of independence,” the legal team advising the GBC is in high gear, stepping up its efforts to prevent the temple building from being sold. Meanwhile, the members of the GBC Brooklyn Temple Sale Committee have expressed their hope that Ramabhadra Dasa will come to his senses for the sake of his spiritual master’s mission to spread Krishna Consciousness under the ISKCON banner.

Sesa Dasa, chairman of the GBC’s Brooklyn Temple Sale Committee, has said that Ramabhadra is now doing three things that are simply wrong:

“After all the years of service Ramabhadra has done,” Sesa said, “I find this very sad.”