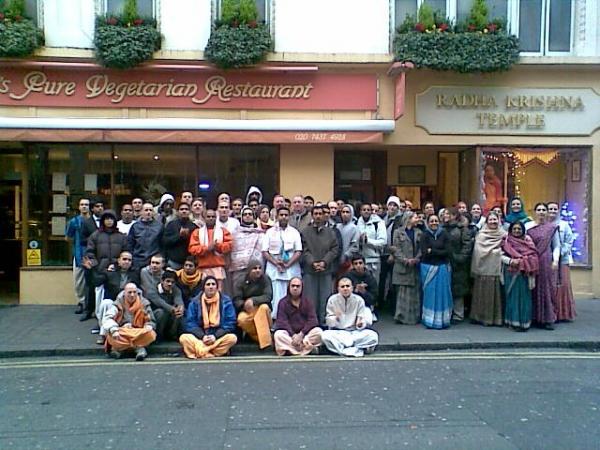 Yesterday was a very special one at the Soho Street Radha Krsna temple. After greeting the Deities in Their beautiful new clothes, Krpamoya prabhu gave a wonderful class, explaining all the ways that we (everyone) are attempting to be Krsna, and the great value of everything that Srila Prabhupada has given to us.

Many devotees worked the night before and the temple room was beautifully decorated.

At about 5.30 we heard that there was a big harinam outside. I went down and it was incredible. There were over 100 young party people all dressed as Santa Claus chanting Hare Krsna and dancing blissfully. That went on for quite a long time. I only had my phone camera so the pictures I took are not very good. I will try to get others. The following movie clip gives a good idea. 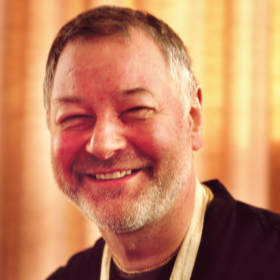 After that I went up to the temple to hear Ranchor Prabhu describe how the devotees first came to London, and the early preaching up until the procurement and installation of the Deities. It was very touching to hear when Srila Prabhupada brought the Deities to his room and said to Yamuna devi, “your marble Radha Krsna Deities have come”.

After that he invited Kishore Prabhu and Skasi Gopal Prabhu to recall the early days at Bury Place.

Saksi Gopal Prabhu said something very interesting. He said that what especially impressed George Harrison was the devotees dedication to going out chanting daily on Oxford street. He said that was what most inspired George to give Bhaktivedanta Manor. Saksi Gopal Prabhu ended by pleading, “if you want a big temple in London, go out chanting every day!”. It seemed to be a direct message from Sri Sri Radha Londonisvara.

He also glorified the upcoming book by Ranchor Prabhu which describes in detail the history of Srila Prabhupada’s movement in the UK and particularly the loving exchanges between Srila Prabhupada and his disciples.

The temple was packed and there was a very opulent feast, after which two harinam parties went out. 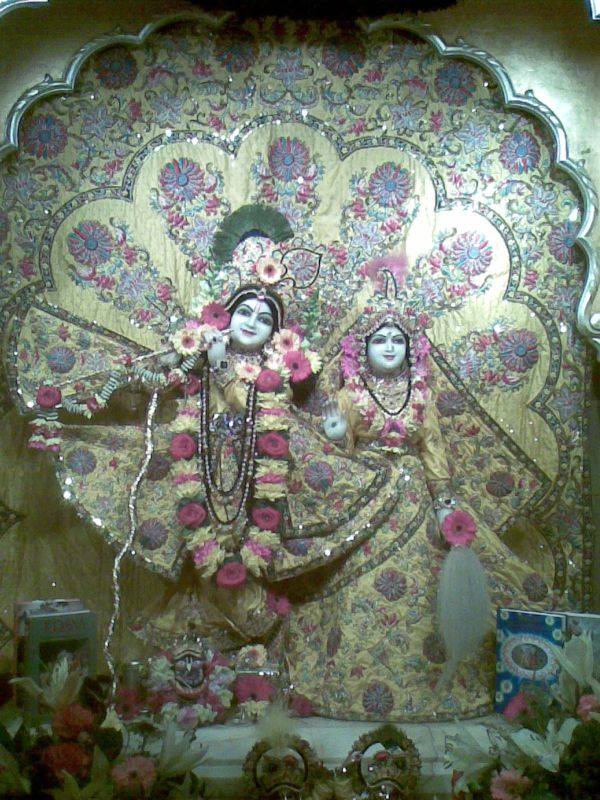