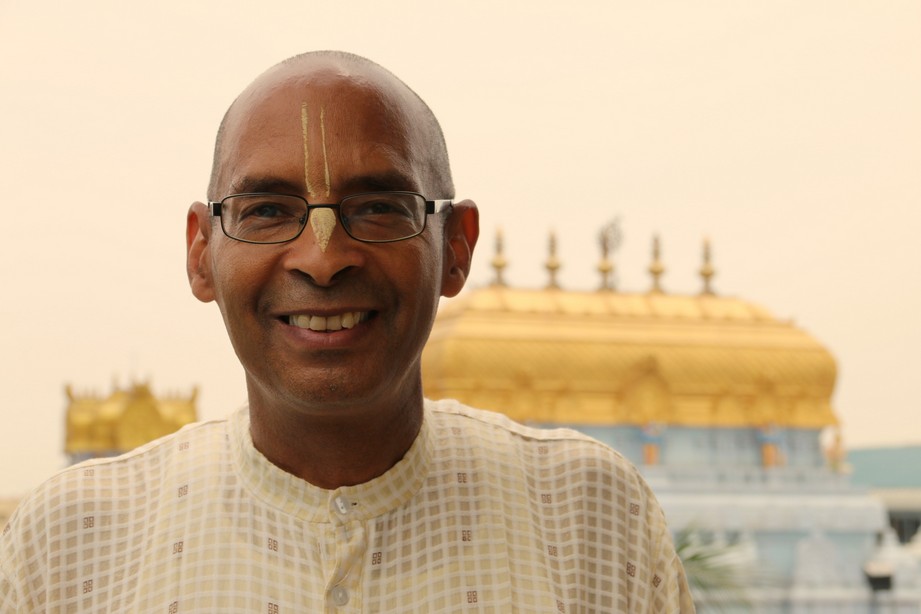 “Do I have to repeat myself young man?!!” Oh, how I hated it when my mother would say that. Not because she was being mean, rather because she was being right. It’s hard to hear someone when they’re right and you’re wrong. Most of the time she was correctly pointing out my selfish behavior, “Share with your brother … don’t boss others around,” she would say.

My mother had a good heart. She was a professional social worker, a career of public service that focused her energies on benefiting others. Thus, it was only natural that she wanted her children to imbibe this self-sacrificing approach to life.

Although I never got to tell her this, I can say now that I appreciated her repeated admonitions. Some things need to be repeated, particularly for me as I faced the oft-conflicting questions of self-interest versus self-sacrifice in my early life. What to speak of the questions and challenges this dichotomy fostered as I contemplated following my mother into a career in public service.

No question, the call to public service is a challenging one. Thomas Jefferson, third president of the United States, once said, “I have the consolation of having added nothing to my private fortune during my public service, and of retiring with hands clean as they are empty.” Yet, the call is a universal one. Throughout history, regardless of the particular crises faced, the culture, race, or religion of the people involved, a calling to self-sacrifice, to work for the greater good of all has been answered by those who chose to serve the interests of others before their own. Why? Why do individual citizens continue to answer the call? Thomas Jefferson had an idea. In an 1816 letter to John Adams he wrote, “I believe… that every human mind feels pleasure in doing good to another.” ”¨

From Ancient India: Grandfather Bhismadeva’s parting instructions to Maharaja Yudhisthira on the duties of a king as recorded in the Mahabharata have a timeless application to individuals and governments of all kinds. He warns of the dangers of self-interest.

“Friends should be examined to the utmost before accepting them as friends. When friendly compacts are undertaken, it is not possible to be sure if the feelings of the other are really friendly or if it is just selfishness which prompts him to accept the pact. A man considers another to be his friend so long as he is assured that his interests are safe; so long as he is sure that it is profitable for him to do so.

“Self-interest [the instinct to survive] is the most powerful factor in the life of everyone. The entire world is pivoted round only this one factor and it ever revolves around it. No one is dear to another unless there is some gain involved. No affection is evident unless there is a motive of self-interest. Generally it is the rule rather than the exception that a man is dear because of the purpose he serves: nothing more. The friendship terminates as soon as the reason for the friendship dies.” – Purpose and Function of Government According to Mahabharata, Stephen Knapp

From the United States Founding Fathers: According to www.senate.gov, “Every year since 1896, the Senate has observed Washington’s Birthday by selecting one of its members, alternating parties, to read the 7,641-word statement [George Washington’s Farewell Address, 1796] in legislative session.” Washington warned of the influence of extended self-interest, i.e. party interest, in a democracy.

“I have already intimated to you the danger of parties in the State, with particular reference to the founding of them on geographical discriminations. Let me now take a more comprehensive view, and warn you in the most solemn manner against the baneful effects of the spirit of party generally.

“This spirit, unfortunately, is inseparable from our nature, having its root in the strongest passions of the human mind. It exists under different shapes in all governments, more or less stifled, controlled, or repressed; but, in those of the popular form, it is seen in its greatest rankness, and is truly their worst enemy.

“It serves always to distract the public councils and enfeeble the public administration. It agitates the community with ill-founded jealousies and false alarms, kindles the animosity of one part against another, foments occasionally riot and insurrection.

“There is an opinion that parties in free countries are useful checks upon the administration of the government and serve to keep alive the spirit of liberty. This within certain limits is probably true; and in governments of a monarchical cast, patriotism may look with indulgence, if not with favor, upon the spirit of party. But in those of the popular character, in governments purely elective, it is a spirit not to be encouraged. From their natural tendency, it is certain there will always be enough of that spirit for every salutary purpose. And there being constant danger of excess, the effort ought to be by force of public opinion, to mitigate and assuage it. A fire not to be quenched, it demands a uniform vigilance to prevent its bursting into a flame, lest, instead of warming, it should consume.” (http://avalon.law.yale.edu/18th_century/washing.asp)

There is a parallel here, a universal message being repeated, that we shouldn’t miss. Two great statesmen giving the wisdom gained from all their years of public service near the time of their deaths have the same thing to say about self-interest and public service although they come from vastly different periods of history, forms of government, culture, religion, and ethnicity.

So why don’t we get it? Why is it that we don’t seem to learn these lessons even if they are constantly repeated? The message is the same for all time, all people, and all places, its universal. Unfortunately, so is the reason we don’t get it. We don’t get it for the same reason I didn’t want to hear my mother. We don’t get it because the message runs counter to our childish, selfish notion of pleasure.

Actually, most people have no idea about the origin or purpose of pleasure. They’re just absorbed in the sensual experience of pleasure, whether that pleasure be sought through self-interest or self-sacrifice. There is however, a greater plan at work here. You probably already guessed that from all the talk of universality. The universality of our experience points to our original nature as spirit soul, a nature unmotivated by the material designations which characterized self-interest.

Bhagavad-gita describes the journey of the materially bound soul from motivated self-interest to unmotivated self-satisfaction, from pleasure to actual happiness.

“An intelligent person does not take part in the sources of enjoyment and misery which are due to contact with the material senses … such pleasures have a beginning and an end, so the wise man does not delight in them. Before giving up this present body, if one is able to tolerate the urges of the material senses and check the forces of desire ”¦ he is well situated and happy in this world. One whose happiness is within, who is active and rejoices within, and whose aim is inward, is actually the perfect mystic. He is liberated in the Supreme and ultimately he attains the Supreme.” BG 5:22-24

This journey begins with giving up self-interest and adopting an attitude of service to others, and ultimately ends in loving service to the Supreme Lord. This is the spirit soul’s original position and the origin of all pleasure and happiness.

This is why public service or any other type of self-sacrifice offers us some pleasure. Pleasure is a guide. Public service is a stepping stone. Together they are meant to lead us on the progressive path to reviving our relationship with the Supreme Lord. Thus, the real danger of self-interest is that indulgence in such selfish pleasures diverts one from this progressive march toward true happiness in the Supreme.

OK, enough philosophy, here are some practical implications of these ideas.

Pujan Roka, author of “Bhagavad Gita on Effective Leadership: Timeless Wisdom for Leaders,” give the following descriptions of how this philosophy of Bhagavad-gita is practically demonstrated in the field of public service.

“The definition of renunciation, according to the Bhagavad Gita, suggests that leaders must practice selfless giving and strive for the common good. This concept is ironic in today’s context as leadership in general is shrouded with deceit, dishonesty and selfish acts.

“If we look at the lives of effective leaders, they have demonstrated these characteristics. Mother Teresa left her homeland to serve the poor people of India. Dr. King spent his entire lifetime advocating racial harmony. Albert Schweitzer left a good life in France to serve the poor people in Africa. Henry Dunant gave up his wealthy business to serve the war victims, and established the Red Cross movement. Nelson Mandela spent twenty seven years in prison to fight against South African apartheid. The fourteenth Dalai Lama became the messenger of world peace and harmony while remaining in exile away from his homeland Tibet.”

So yes, public service demands that one curtail one’s self-interest. That’s the universal message of Lord Krishna sometimes delivered by your mother, sometimes by Bhismadeva, and sometimes by George Washington or Thomas Jefferson.

But no, it’s not being mean, its being right. Through public service not only can you ultimately reach the Supreme, but you can do a lot of good along the way.

Thanks for being right with me Mom.