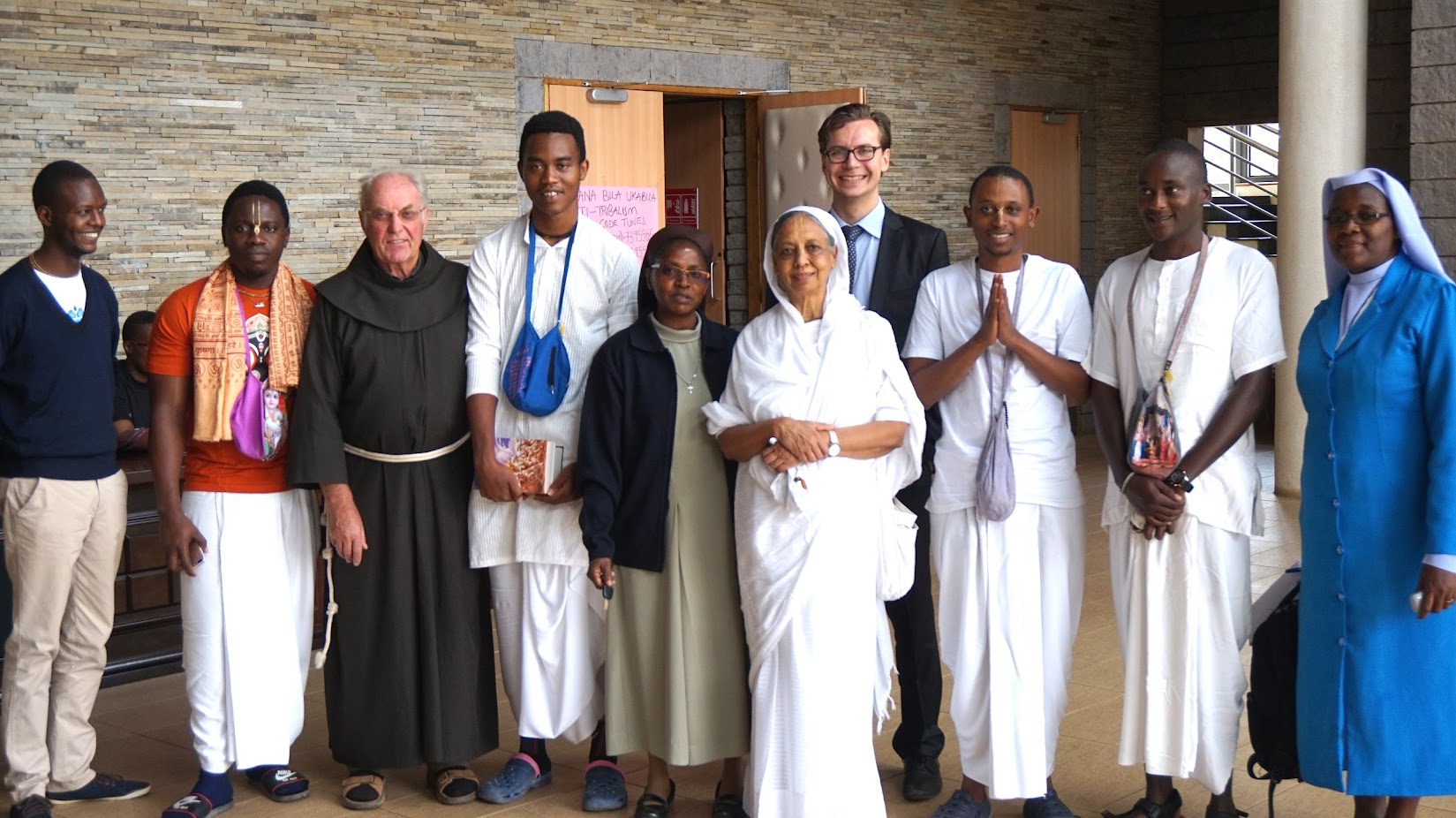 The Hare Krishna devotee community from Nairobi was fortunate to attend and an enlightening talk was given by Her Grace Manasiganga Mataji.
She spoke at length about oneness as God’s children irrespective of religion and creed and how every living entity is precious before God. In one of her points she emphasized on the protection and care of the environment which is a mother to us, as much as we should take care of the environment, we also need to take care of our spiritual selves.
“if we take care of ourselves, and seek to better ourselves as individuals, then the world is bound to be a better place”

After the talk, His Grace Govinda Prem Prabhu with the help of HKTC students engaged the audience in congregational chanting of the Hare Krishna Mahamantra. He explained in detail that the Mahamantra was a prayer to be engaged in God’s service.

The forum was attended by about 300 people who chanted and sung enthusiastically to the rhythm of the mantra. Students from Precious blood Riruta school danced and clapped as the entire auditorium was in trance with bliss and energy.
After the singing session, the Hare Krishna food for life department with the help of some Catholic university students served sumptuous prasadam to the visiting groups. The audience broke off in small groups and enjoyed the meal as they discussed the shared topics.
Some could be heard still singing to the tune of the mahamantra as they ate.

There was also a table set up for book distribution. People of different faiths and ages assembled around the table and with the help of His Grace Hanuman Prana Das chose different books that suited them. The other HKTC students also talked with the people interested in the books and many carried a book home. There was also a session of questions and answers about the Hare Krishnas and especially the young students were captivated with the deep philosophy.one of the Catholic Nuns said “I have to buy this book because I have to Self Realized” At the end of the day’s program, the Krishna devotees left the auditorium grounds having planted a seed in the students. It is by Krishna’s mercy that all will become more God conscious.

All glories to Srila Prabhupada