Rama-ekadasi, the date on which Srila Prabhupada completed his translation of Sri Caitanya-caritamrta 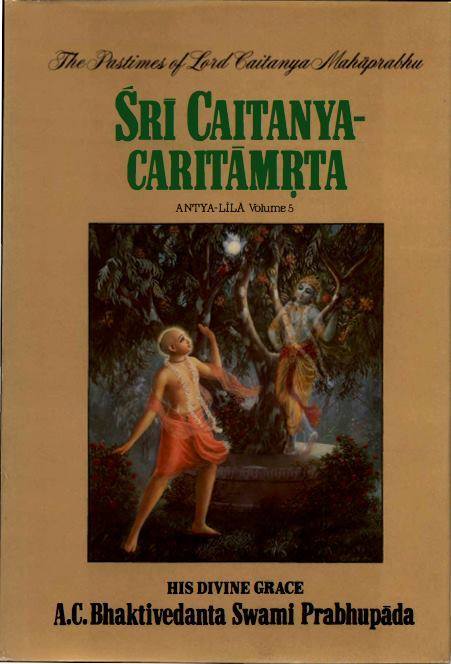 Today is Rama-ekadasi, the date on which Srila Prabhupada completed his translation of Sri Caitanya-caritamrta. The event is described in the following excerpt from my forthcoming book I’ll Build You a Temple, about Srila Prabhupada and Juhu.

Every morning just before six I would walk up the stairs to Prabhupada’s room to accompany him on his morning walk. But when another devotee and I went on the day after Rama-ekadasi, on November 11, we were surprised to find the doors—both to his quarters, on one side, and to his staff’s quarters, on the other—locked. I wasn’t sure what to do, but I gently knocked on both doors. After a minute or two, Prabhupada’s secretary, Harikesa, opened the assistants’ door just a little and said that Prabhupada had stayed up all night and completed his translation of Sri Caitanya-caritamrta, that at the end he had written the most beautiful glorification of his guru maharaja, and that he was in an ecstatic mood and had said that we should celebrate by having a feast.

In his Concluding Words, Prabhupada had written, “Today, Sunday, November 10, 1974—corresponding to the 10th of Kartika, Caitanya Era 488, the eleventh day of the dark fortnight, the Rama-ekadasi—we have now finished the English translation of Sri Krsnadasa Kaviraja Gosvami’s Sri Caitanya-caritamrta in accordance with the authorized order of His Divine Grace Bhaktisiddhanta Sarasvati Thakura Gosvami Maharaja, my beloved eternal spiritual master, guide and friend.”

When in 1950 Prabhupada had retired from family life and then taken sannyasa, he had finally been “completely ready to discharge the order of my spiritual master. . . . By the mercy of His Divine Grace, I was able to come to New York on September 17, 1965. Since then, I have translated many books, including Srimad-Bhagavatam, the Bhakti-rasamrta-sindhu, Teachings of Lord Caitanya (a summary), and many others.

“In the meantime, I was induced to translate Sri Caitanya-caritamrta,” Srila Bhaktisiddhanta’s favorite book. “I think that [he] is always seeing my activities and guiding me within my heart by his words. As it is said in Srimad-Bhagavatam, tene brahma hrda ya adi-kavaye. Spiritual inspiration comes from within the heart, wherein the Supreme Personality of Godhead, in His Paramatma feature, is always sitting with all His devotees and associates. . . .

“It is my wish that devotees of Lord Caitanya all over the world enjoy this translation, and I am glad to express my gratitude to the learned men in the Western countries who are so pleased with my work that they are ordering in advance all my books that will be published in the future. On this occasion, therefore, I request my disciples who are determined to help me in this work to continue their cooperation fully, so that philosophers, scholars, religionists and people in general all over the world will benefit by reading our transcendental literatures.”

Jhulan Yatra 2016 at the Manor (Album with photos) David:…