Milk Does a Brain Good, But where is the evidence? 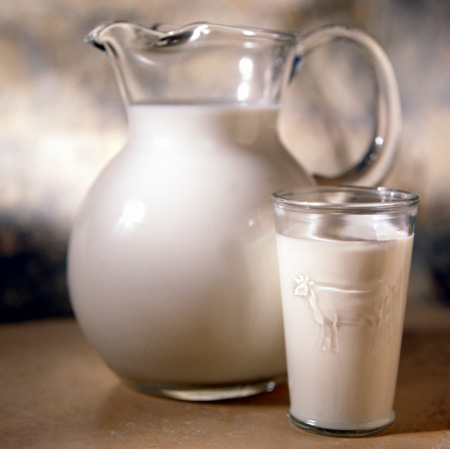 I am posting this inquiry with the hope that those who read it might be able to help provide information that supports the scientific benefits of milk consumption. As many of you probably already know, there is a huge VEGAN movement in the West and they are trying to disgrace the use of milk and it’s bi-products for any type of food. Of course all of their reasons are based on speculative research and based on that the idea that we should not ever consume any cows milk is being propelled like a fad.

My understanding is that as a rule of thumb Srila Prabuhupad advised we take no more then 1 cup of milk a day, and that particularly small children need to get cows milk for their brain cells to grow. (Some say adults also need it to develop their brain cells.) But is there any research that confirms this Vedic standard? Can the assembled devotees please forward to my email addresses provided below whatever material they may have on this subject. I am not trying to justify the horrendous Factory farming which is currently prevalent all over the West. I think we all agree that must come to an end. At this time I am simply looking for material that will check the VEGAN movement which is slowly becoming as eccentric and distasteful as the PETA organization, despite the good intentions of both these groups. I think it is important we are well prepared to deal with the radical VEGANS by having sound arguments offset their extreme antics. It is hard enough to get the average meat addicted individual to stop consuming innocent animals without giving them the impression that the only way to do so is to eat Shredded Wheat and Soy Milk!

I am also hoping someone might be able to tell me where the reference to the “Seven mothers” came from. Srila Prabhupada refers to them all the time in his lectures, (Birth Mother, Wife of the King, Brahman’s Wife, Mother Cow, Mother Earth, One’s Nurse or Nanny, Wife of the Guru) but nowhere in the folio could I find where he get this particular sutra from.

Hoping this meets you in good spirits and enthusiastically engaged in the service of Lord Krishna.

8 Comments to “ Milk Does a Brain Good, But where is the evidence?”