Iskcon devotees meet with the King and Queen of Belgium to… 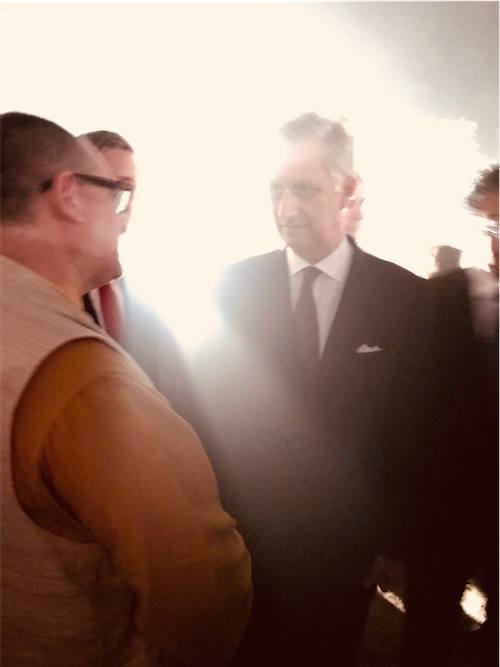 Iskcon devotees meet with the King and Queen of Belgium to petition official recognition of their religious status.
A delegation from the Hindu Forum of Belgium (HFB), including two ISKCON devotees, met with the King and Queen of Belgium as well as many influential Indian politicians last week in Delhi, India. Their aim was to gain support to make Hinduism an officially-recognized religion in Belgium.
While all religions have the freedom to operate in Belgium, only six are officially recognized: Catholicism, Protestantism, Anglicanism, Orthodox, Judaism, and Islam. Buddhism is soon to be recognized too. But Hinduism, the third largest religion in the world, is not – yet.
In the photo, Iskcon representative Mahaprabhu Das (left) speaks with King Philippe of Belgium.
To read the entire article click here: https://goo.gl/FBRtvh

Havi das, a disciple of Srila Prabhupada received a Grammy Award
Does My Spiritual Master Care For Me?