Was Srila Prabhupada intimidated with electronics? 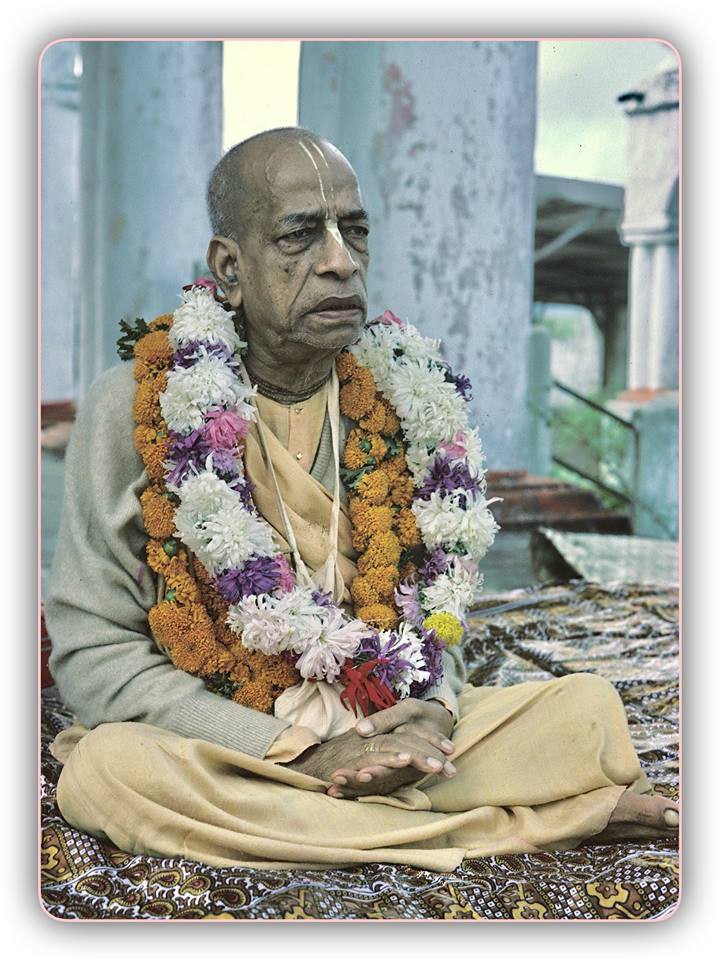 We used to make these leaflets called “Stay high forever.” People really got a kick out of those.

Gargamuni das: We had a big tape recorder that weighed 50 pounds. I was in charge of that.

Brahmananda would bring it down from Prabhupada’s closet every night.

So my job was to set up the tape for Prabhupada’s lecture.

Prabhupada was very insistent in having his lectures tape recorded – so much so that when the tape ran out, he would stop and wait for me to rethread the tape with a new one.

In those days, we didn’t have money; and those tapes, I remember they were three, four dollars for Scotch tapes.

So Prabhupada wanted everything tape recorded. We didn’t think it was important in those days, but now we do. They’re important for preaching.

In the beginning, there was only one or two who were thinking how to give Prabhupada something instead of just taking from him.

I wanted something definite. Prabhupada said, “The duty of a disciple is to assist the spiritual master in his work.”

Later on I pondered on this subject, work, and I said, “Prabhupada doesn’t work. What does he do? He doesn’t have a job. He’s a religious teacher.”

So then it occurred to me there’s one thing he does do every day and that’s translate books, and he’s using this typewriter.

Prabhupada wasn’t a typist. He used just his index fingers. That’s how he was typing his books.

So I was walking one day, because there were four or five head shops that would carry Back to Godhead and I would always stop in the shops to see if they’re selling.

So on my way I passed this Grundig shop, and something in the window caught my eye.

It was like a miniature tape recorder, and it said Dictaphone. I said, “What the hell is a Dictaphone?”

So I went inside, and I went up to the man and I said, “What’s this Dictaphone?”

I said, “I know somebody who is translating books. It would be good for him?”

Now I’m helping him because this will go a lot faster than typing.”

Because he wanted to do the Gita, and so it would take ages for him to finish typing by hand.

It was 150 bucks [dollars], I think. So I brought it to Prabhupada. I was all excited and puffed up, and I said, “This is helping Prabhupada.”

So I thought, “Boy, how am I going to show Prabhupada how to use this thing? He’s from the village. In Vrindavan, they don’t know what a Dictaphone is.”

So I brought it up to Prabhupada’s room, and I showed it to him. I showed him the mike, and he looked at it.

I said, “Prabhupada, there’s an instruction book here how to use it. I’ll go through it with you.” He said, “No, that’s OK, I know.”

I was shocked. And sure enough, Prabhupada knew. He pressed the right buttons, he was testing it, and I was shocked. He never even looked at the book.

It took me an hour with the guy, he had to show me everything, and here I’m showing it to someone from the village and he didn’t have to look at the book.

Then I realized that this person, he’s not human. How does he know how to work this thing? He never had one.

Prabhupada was very easy with electronics. He wasn’t at all intimidated.

At the end, we had six or seven tapes and we didn’t have money to keep buying tapes.

For some reason, nobody knew how to type properly because you have to have coordination.

I think because we were all on LSD, nobody could coordinate their foot with their fingers.

Because you had to use a foot pedal, and then you had to hear Prabhupada and coordinate, like driving a car, and nobody could do it.

So all of a sudden this Neal shows up, and he’s from Antioch College.

He has to do a summer course, three months course, joining a religious organization and writing about his experience. That was his paper.

So I immediately asked him, “Do you know how to type?” We just thought we’d ask. He goes, “Yeah, I can type.”

I said, “Do you know how to use a Dictaphone?” “Oh, yeah, that’s easy,” and right away the guy started typing 60 words a minute.

We used to watch his foot – man, the foot was going a mile a minute.

He knew how to go back and go forward in a second if he didn’t understand anything.

And we go, “Wow!” We looked at each other, “This is mystical,” because this is the person we needed and then all of a sudden he shows up knocking at the door.

You don’t know, the devotees then had an inner communication with each other. When things like this happened, we’d look at each other and go, “Wow, this is mystical.”

That’s why you really felt secure when you were with Prabhupada, because you felt nothing could hurt you or touch you and you felt wonderful.

You always wanted to be around him because you felt fully protected – that feeling that everything’s going to work out when you’re with Prabhupada, because everything did work out.

To see an Indian man in Indian dress in a park on Tompkins Square where the majority of the people were old Russian and Polish people, it was just too far out.

So we used to go every weekend Sundays, especially Sundays, to Tompkins Square to chant with Prabhupada. I would be in the crowd with the leaflets, talking and inviting people.

We used to make these leaflets called “Stay high forever.” People really got a kick out of those.

We used that photograph of Prabhupada where he’s sitting and he’s smiling and he’s got his hand on his head.

That photo was…people would look at that and say, “Wow! He is high. He’s so high, he’s trying to keep himself down just from the mantra.”

One Response to “Was Srila Prabhupada intimidated with electronics?”